‘Christian Sharia’: Twitter Reviews of Trump’s Religious Liberty Task Force Are in and They Are Not Good 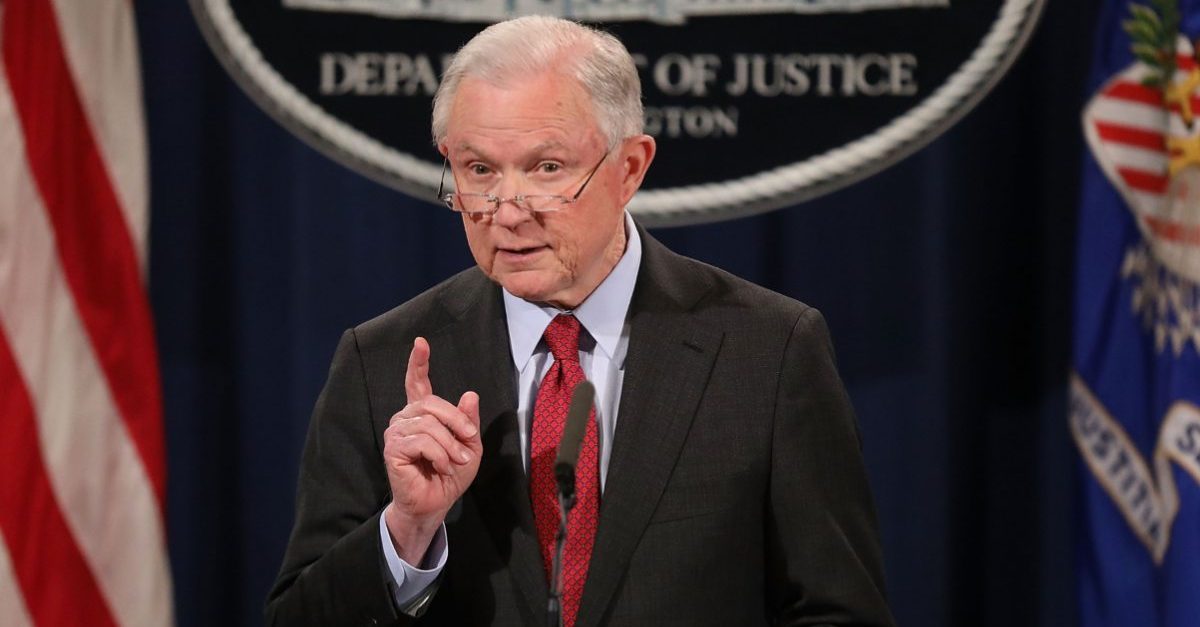 The Trump Administration debuted their latest red meat for the Republican Party’s evangelical base on Monday afternoon. Attorney General Jeff Sessions announced the imminent creation of a “religious liberty task force” within the U.S. Department of Justice (DOJ).

In making the announcement, Sessions veered between anodyne bureaucratese and heavy doses of rhetorical flourish.

He said the task force would “ensure all Justice Department components are upholding [religious liberty] guidance in the cases they bring and defend, the arguments they make in court, the policies and regulations they adopt, and how we conduct our operations.”

In short, we have not only the freedom to worship—but the right to exercise our faith. The Constitution’s protections don’t end at the parish parking lot nor can our freedoms be confined to our basements.

Such guidance was initially criticized as a potential back door method for anti-gay bigots in government to refuse servicing LGBTQ individuals–even in the dispensation of Social Security benefits. Monday’s announcement struck similar chords. And many of those chords were particularly sour on Twitter dot com.

In a heavily-liked and retweeted post, comedian and screenwriter Jess Dweck said:

Michael Tannenbaum, a writer for FunnyorDie and The Rich Eisen Show, said, “The Venn Diagram of people happy about the new ‘Religious Liberty Task Force’; and ‘People who thought Obama was going to introduce Sharia Law’ is just one big circle.”

In case you were wondering, Murica, this is called “sharia law”. https://t.co/cfpYVQC75w

There were also, perhaps obviously, some references to the heavily sharia-influenced Kingdom of Saudi Arabia. Christian Christensen, a Guardian contributor and Professor at Stockholm University, wrote:

Just kidding. It’s in the US. So it’s all fine.

Others criticized the task force in terms of its potential impact on American ideals of equality under the law and separation of church and state. Charlotte Clymer, a queer Army veteran and a member of the Human Rights Campaign’s communications team, assailed the move:

The “Religious Liberty Task Force” is a cynical and cruel attempt to enable discrimination against LGBTQ people. That’s all this is. It has nothing to do with “religious liberty”. It’s about controlling the bedrooms and bodies of other people. It is opposite of freedom + faith.

The guy who chanted “Lock her up” with high school students and instructed the DoJ to use the words “illegal aliens” last week, this week is forming a “religious liberty task force” in a country which celebrates separation of church and state! https://t.co/EjM0wgUU1R