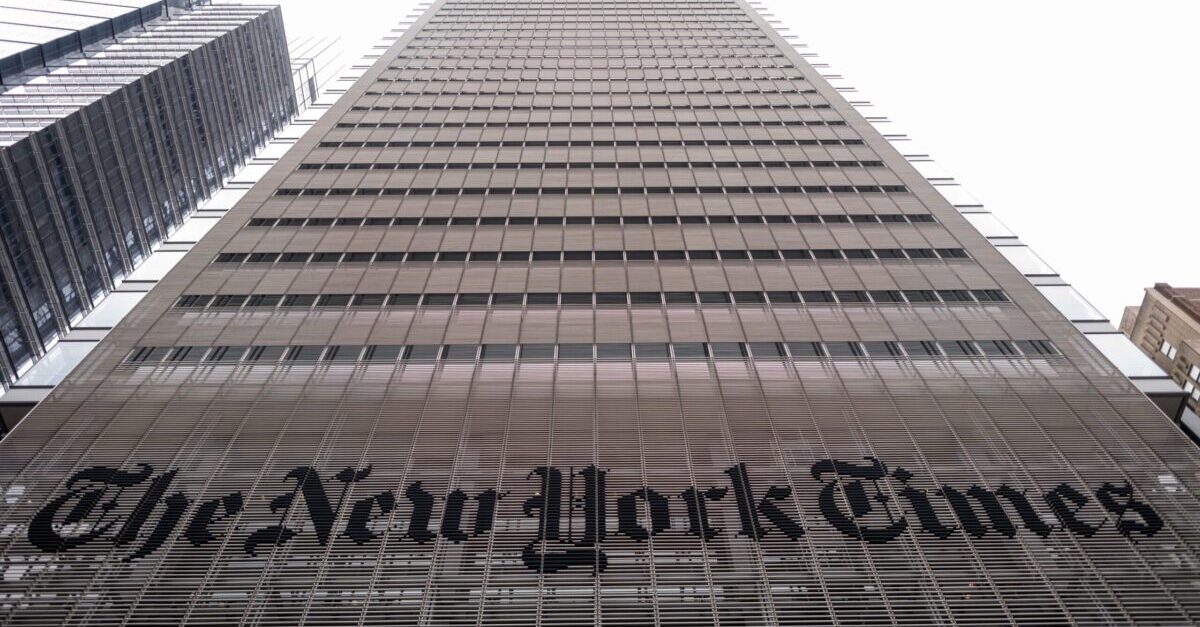 Brimelow is the founder and president of VDARE, an anti-immigrant website opposed to non-white immigration into the United States. The Southern Poverty Law Center considers VDARE a hate group.

The group explicitly faults post-1965 immigration patterns into the country as one of the foremost sources of the nation’s ills and, in 2005, had this to say about those long-term trends:

The other aspect of this rapid population growth is that it’s very rapidly shifting the racial balance in the country — contrary to [Sen. Ted] Kennedy‘s assertion. In effect, the 1965 Act choked off immigration from the traditional sources of immigration to the U.S., namely Europe, and it allowed a small number of third world countries to capture the inflow, as I said. And, above all, Mexico. The Mexican government, the Mexican ruling class, appears to have simply made the decision to export its poor to the U.S.

From January 2019 through May 2020, the Times published several articles that described Brimelow and VDARE’s politics as “white nationalist,” “white supremacist” and “anti-Semitic.” Some of the articles explicitly referred to Brimelow and VDARE; some did not.

According to court papers on file with the U.S. District Court for the Southern District of New York (SDNY), Brimelow contested the “white nationalist” designation and insisted he was, rather, a “civic nationalist.” In turn, the anti-immigrant activist sued for “approximately $700,000 per cause of action” based on the idea that the outlet incorrectly tarred him with “race hatred and traits inconsistent with his profession.”

Finding for the Times, U.S. District Judge Katherine Polk Failla notes that three of the articles Brimelow cited in his lawsuit didn’t actually reference the plaintiff at all. Rather, those articles simply refer to VDARE in various ways–such as describing third-party descriptions of the anti-immigrant publication as a “white nationalist website” that regularly publishes the views of “anti-Semites.”

Two other articles do mention Brimelow by name, but the court found that neither of those references rise to the level of actionable and defamatory statements.

The November Article focuses on Stephen Miller, a close adviser to President Trump, and his “intellectual ties to the world of white nationalism,” as described by The Times. (November Article). As with the January Article, the overall tone of the article is one of commentary rather than neutral reportage. The article names Plaintiff as the “founder of the anti-immigration website VDARE” and directly quotes remarks Plaintiff made at the Conservative Political Action Conference in February 2012, with a hyperlink to video of the event. (Id.; Def. Br. 10-11). These quotes are factually accurate and thus cannot be defamatory.

The second article, from January 2019, came the closest to defamatory by originally describing Brimelow as an “open white nationalist.” Here, the court notes, the word “open” suggests that Brimelow holds himself out as a white nationalist–which is not the case.

But the Manhattan-based media outlet was saved by the grace of one of their oft-criticized editing processes: the so-called “stealth edit.”

Quickly after initial publication, the Times deleted the word “open” and simply described Brimelow as a “white nationalist” instead.