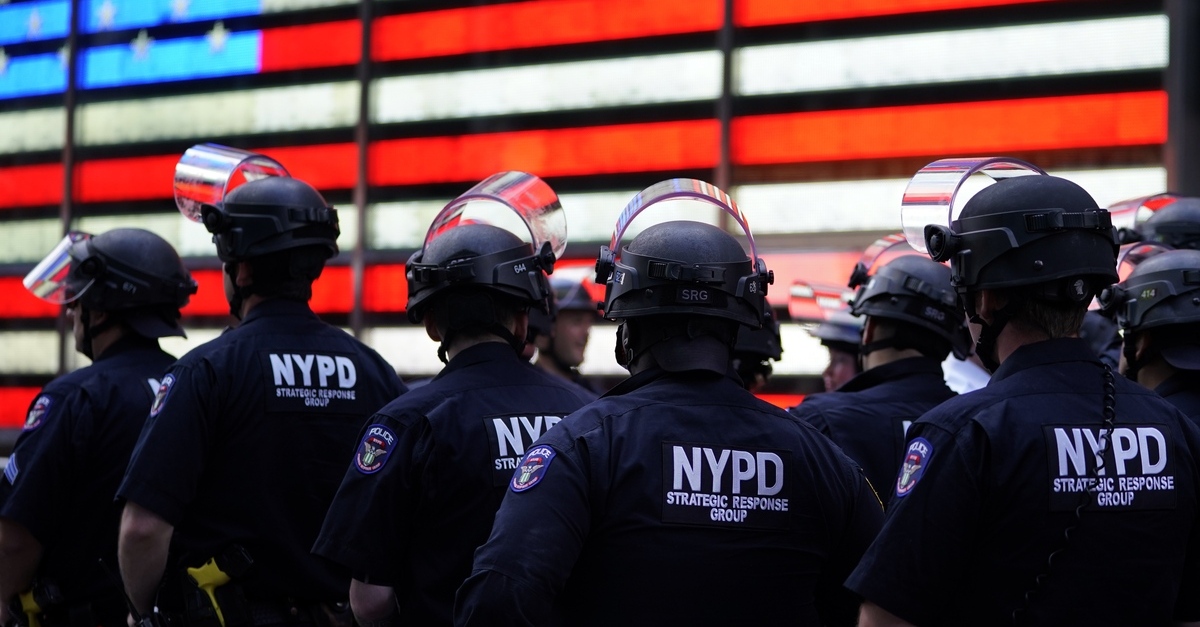 Unions representing New York City Police Department (NYPD) officers were dealt a decisive loss in federal court on Tuesday after unsuccessfully suing to keep in place a regime of state secrecy that benefits law enforcement at the expense of public transparency.

The case stems from the summer 2020 rollback of Section 50-a of the New York State Civil Rights Law, a law which was used for decades by police departments across the Empire State to withhold individual police officers’ disciplinary records from the press–even after officers had been credibly accused of bad behavior.

The reform-focused impetus behind revoking the statute was consistently stalled out under the administration of New York Governor Andrew Cuomo (D) for several years until a critical mass of support for striking down the law came in the aftermath of the Minneapolis Police Department killing of George Floyd in May 2020.

Once §50-a was off the books, New York City announced plans “to proactively publish certain types of disciplinary records and provide other records upon request consistent with its obligations under New York’s Freedom of Information Law (FOIL),” the Second Circuit Court of Appeals noted in a summary order. Several law enforcement unions sued to keep multiple forms of disclosures under wraps.

In July and August 2020, U.S. District Court Judge Katherine P. Failla ruled against the unions. She ultimately denied the motion “in substantial part” but granted the police groups a narrow victory by enjoining a small subset of certain records from disciplinary trials where a police officer is determined to be not guilty.

This minor carve-out is further limited by the fact that these records are not automatically sealed. Rather, a police officer let off the hook must “petition the Police Commissioner for a review for the purpose of expunging the record of the case” in order to start the process that would keep such records out of the public light.

“The Unions moved to preliminarily enjoin any disclosure of allegations of misconduct against their members that are unsubstantiated, unfounded, or non-final, or that resulted in an exoneration or a finding of not guilty,” the appeals court noted in its Tuesday order—dismissing each claim advanced by the union on appeal while allowing Judge Failla’s original narrow carve-out to stand against an appeal by a criminal justice advocacy group who thought the carve-out itself violated the public interest.

“This decision rightfully rejects the police unions’ baseless attempts to undermine the Legislature’s decisive repeal of Police Secrecy Law 50-a and to continue hiding records of police discipline and misconduct,” Molly Griffard, Legal Fellow with the Cop Accountability Project at The Legal Aid Society said in a statement. “To live up to the values of transparency and accountability underlying that repeal, the City can and should immediately proceed with its plans to make police misconduct records accessible to the public, as promised by Mayor Bill de Blasio last summer.”

“Police unions have been trying to undermine and overturn the legislature and the public will that led to the repeal of 50-a because they want to preserve police impunity and shield abusive officers from consequences,” Director of Communities United for Police Reform Joo-Hyun Kang said in a separate press release. “Today’s decision from the Second Circuit affirms that the public has the right to know when police brutalize or sexually harass New Yorkers and escape discipline, in spite of police unions’ baseless claims and fearmongering.”

The NYPD and other others had argued that they would be irreparably harmed by the release of such records. Both the lower court and the Second Circuit found that line of argument unpersuasive.

“The Unions assert that law enforcement officers will have fewer employment opportunities in the future if records of the allegations against them that prove to be unfounded or unsubstantiated are disclosed, even though each record will reveal the outcome of the investigation,” the appeals court said. “But the District Court noted that future employers were unlikely to be misled by conduct records that contained ‘dispositional designations’ specifying that allegations of misconduct were unsubstantiated, unfounded, or that the accused officer was exonerated.”

The panel went on to note that “numerous other States make similar records available to the public” and ultimately found that “the Unions have pointed to no evidence from any jurisdiction that the availability of such records resulted in harm to employment opportunities.”

The NYPD also lodged a more general grievance against transparency—arguing that the release of disciplinary records would result in “heightened danger and safety risks to police officers.” The court dismissed those concerns as wholly unfounded as well.

“We fully and unequivocally respect the dangers and risks police officers face every day,” the appellate court said. “But we cannot say that the District Court abused its discretion when it determined that the Unions have not sufficiently demonstrated that those dangers and risks are likely to increase because of the City’s planned disclosures. In arriving at that conclusion, we note again that many other States make similar misconduct records at least partially available to the public without any evidence of a resulting increase of danger to police officers.”

The Second Circuit also found that the police unions were unlikely to win their case on the merits and dismissed the notion that publishing such records would result in “stigma-plus” for many police officers.

At heart, the court said, the case was about public access to public records.

“[T]o the extent that this claim implicates records that must be disclosed under FOIL, the NYPD cannot bargain away its disclosure obligations,” the decision read at one point—dismissing an argument that collective bargaining agreements should take precedence over public disclosure laws.

“[D]elay for victims unable to obtain information about the status of their complaints is itself costly both for them and for various other stakeholders in the criminal justice system,” the court noted.

The mood among those groups was effusive after the ruling.

“This decision should conclusively end the police unions’ latest attempt to shield their misconduct from public view and give force to the community’s long-standing demands for transparency and accountability,” Baher Azmy, Legal Director of the Center for Constitutional Rights said.

“This is a huge win for transparency and for the communities across New York who bear the brunt of police violence and misconduct,” she said. “Those communities have a right to know the disciplinary histories of those policing their streets and now they will.”

Police unions are reportedly examining their legal options, a spokesman telling the Gothamist that “[p]olitics must not be allowed to relegate firefighters, police officers and corrections officers to second-class status.”

Read the summary order below: