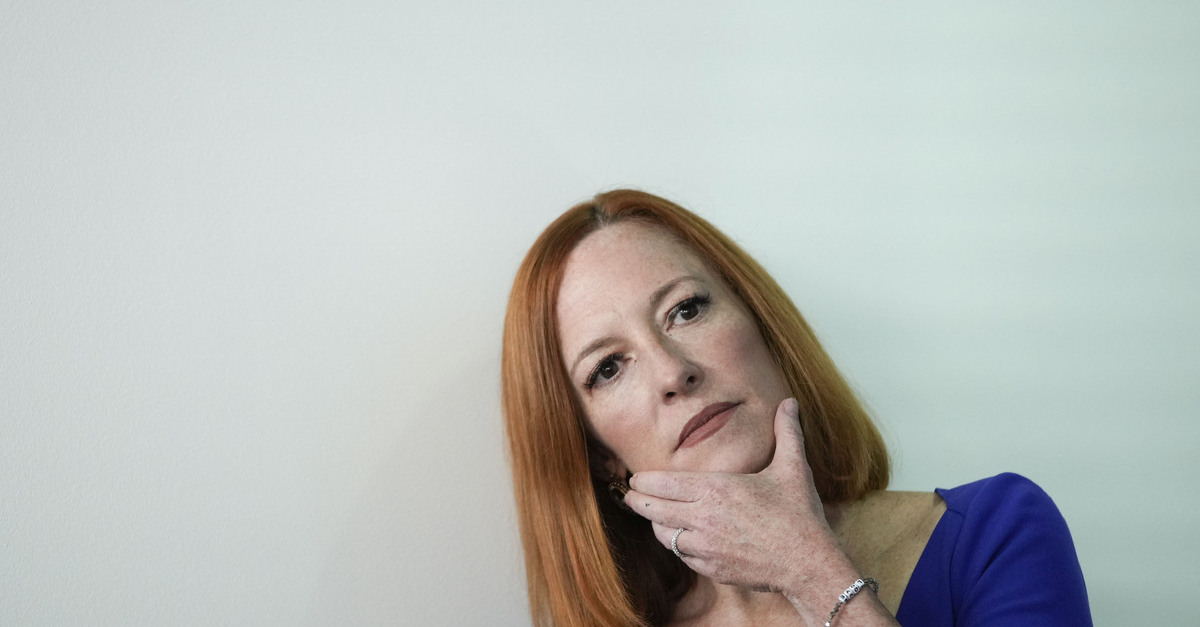 In a five-page ruling Monday, a federal appeals court blocked the depositions of three high-ranking Biden administration officials in a lawsuit over alleged censorship by social media companies. On the same day, a Louisiana district judge refused to shield former White House press secretary Jen Psaki from being deposed in the same lawsuit.

Last May, the states of Missouri and Louisiana joined with five individual plaintiffs to sue President Joe Biden and a number of other federal officials and agencies in a lawsuit accusing them of illegally pressuring social media firms to deprive Americans of their First Amendment rights.

The lawsuit alleged that because social media is “the modern public square,” that the administration has a legal obligation to encourage unfettered discourse.

“Yesterday’s ‘misinformation’ often becomes today’s viable theory and tomorrow’s established fact,” declared the plaintiffs in an 86-page complaint. The lawsuit went on to claim that the Biden administration engaged in illegal censorship by allegedly curtailing postings relating to Hunter Biden’s laptop, the “‘lab-leak theory’ of COVID-19’s origins,” and the supposed unreliability of the 2020 election results. (More than 60 courts across the United States rejected claims that the presidential election was anything other than free and fair.) According to the plaintiffs, the Biden administration “threatened, cajoled, and colluded with social media companies to silence disfavored speakers and viewpoints.” News reports indicate that the social media companies seek the government’s advice on misinformation — but mark content moderation decisions independently.

After a judge granted a request by plaintiffs, the case is proceeding through expedited discovery. As part of that discovery, the plaintiffs asked that 10 federal officials be deposed; of those 10, the district court granted their request as to eight. The federal government then appealed the district court’s ruling as to three witnesses: White House Director of Digital Strategy and Deputy Assistant to the President Robert Flaherty, Surgeon General Vivek Murthy, and Cybersecurity and Infrastructure Security Agency Director Jen Easterly. The administration argued that the Flaherty, Murthy, and Easterly depositions were not necessary and would be burdensome on high-level officials.

The U.S. Court of Appeals for the Fifth Circuit ruled that the depositions of Flaherty, Murthy, and Easterly were improperly ordered by the presiding, Donald Trump appointee Terry Doughty.

The three-judge panel of the 5th Circuit included Judges Edith Clement and Leslie Southwick (both George W. Bush appointees) and Stephen Higginson (a Barack Obama appointee). The panel said that it is not enough that the individuals in question may have “personal knowledge” of the matters alleged in the lawsuit. Rather, the brief, unsigned order said that because the three intended deponents are high-ranking government officials, the district court should have analyzed, “whether the information sought can be obtained through less intrusive, alternative means, such as further written discovery or depositions of lower-ranking officials.”

For now, the three depositions are stayed while the case is remanded back to district court for proper analysis.

The plaintiffs in the lawsuit also sought to depose former Biden press secretary Jen Psaki. Magistrate Judge Ivan D. Davis conducted a hearing over Psaki’s deposition at which Psaki’s lawyer said there was no evidence that Psaki met or had any contact with social media companies relevant to the lawsuit. The motion to quash Psaki’s deposition was then filed in district court by the Biden administration and was denied by Judge Doughty in a short order on Monday.

In his order, Doughty quoted Psaki’s argument about the kind of burden a deposition would pose for her:

Sitting for a deposition in this matter would be extremely burdensome for me. Among other things, I understand that I would need to devote several days to preparing for the deposition, as well as attending the deposition itself, and that would be highly disruptive to both my work and my family.

Doughty, not seeming particularly moved by Psaki’s words, noted in his ruling that the plaintiffs have already “moved the deposition twice and requested Psaki’s presence during normal business hours close to her residence and work.”

Psaki’s deposition is currently scheduled for Dec. 8, and there is no word yet on whether she will appeal Doughty’s ruling.