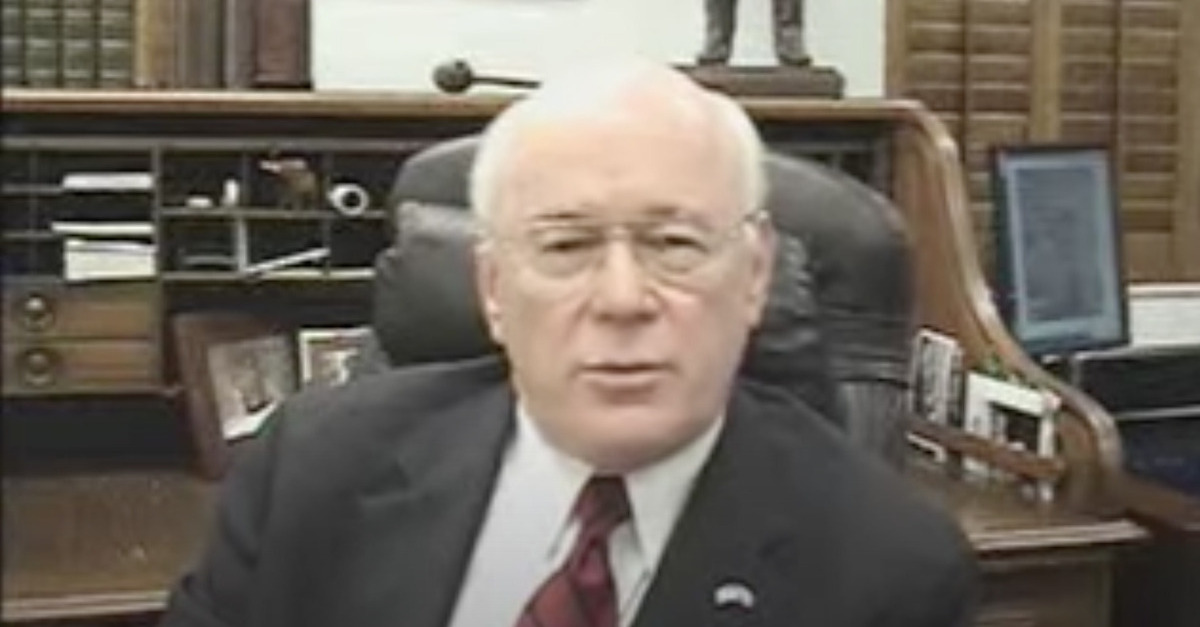 After telling an adult female prosecutor that courts didn’t let “girls” litigate in the “old days,” a federal judge tried to ban her from his courtroom for life. An appellate court unanimously reversed that prohibition, and one Donald Trump appointee called him out for behavior “beneath the dignity of a federal judge.”

U.S. District Judge Lynn Hughes, an 80-year-old Ronald Reagan-appointee to the Southern District of Texas, imposed the sanction on an Assistant U.S. Attorney after the lawyer made errors that resulted in the dismissal of an indictment. The 5th Circuit ultimately reversed Hughes’ ruling. Hughes rebuked the prosecutor: “You’re supposed to know what you’re doing,” and followed up that line with, “It was lot simpler when you guys wore dark suits, white shirts and navy ties… We didn’t let girls do it in the old days.”

After the 5th Circuit’s reversal of Hughes’ ruling on the indictment, the same federal prosecutor appeared before Hughes in another case, United States v. Rodriquez. When she entered the courtroom, Hughes allegedly said, “you may be excused,” but provided no further explanation. Then, in a third case, Hughes told her that she was again “excused.” When the prosecutor pressed the judge on his statements, Hughes allegedly refused to provide any reason. Eventually, Hughes told a different attorney for the government that the prosecutor was “not welcome here because her ability and integrity are inadequate.”

When the Rodriguez case was up on appeal, the government raised the issue of Hughes’ behavior to the 5th Circuit, a conservative court of appeals heavy with Trump appointees. On Tuesday, the appellate court revoked Hughes’ ban of the prosecutor in question, and noted that though district courts have some power to issue sanctions, Hughes “abused his discretion in categorically barring the AUSA from all future proceedings in his courtroom.”

It was U.S. Circuit Judge James Ho, however, that railed against Hughes for his misconduct. Ho issued a one-page concurrence that was entirely devoted to reprimanding Hughes for his inappropriate behavior. Ho wrote that although “Our court unanimously agreed that ‘[Hughes’] comments are demeaning, inappropriate, and beneath the dignity of a federal judge,'” Hughes continued to overstep his courtroom authority. In the present case, Hughes issued a verbal order that the same prosecutor be excluded from not only his courtroom, but all future cases as well. “By all accounts, the district judge issued the order to punish the AUSA for the USAO’s appellate briefing in [the case being appealed],” wrote Ho.

Ho next had words for the illogic of Hughes’ sanctions:

It is apparent from the transcript of the proceedings that the district judge believes he has been falsely accused of discriminating against the AUSA based on her sex. But be that as it may, it’s hard to imagine a less persuasive way for a judge to rebut the charge that he discriminated against a female attorney than by expelling her from his courtroom—not just in one case, but in every case that she may bring for the rest of her career.

This is not the first time Hughes has come under scrutiny for his courtroom behavior. In 2013, a civil rights plaintiff asked the 5th Circuit to recuse Hughes from presiding over the case because of “biased and bigoted statements” Hughes allegedly made during a pre-trial conference.

Court documents in that case allege that Hughes asked during a pretrial conference whether the job of a university’s diversity director is to “Go around painting students different colors so that they would think they were mixed,” said that “Hitler used the swastika” as “a symbol of good luck,” and that, “Eleanor Roosevelt said staffs of one color always work better.”

Read the appellate ruling, below: