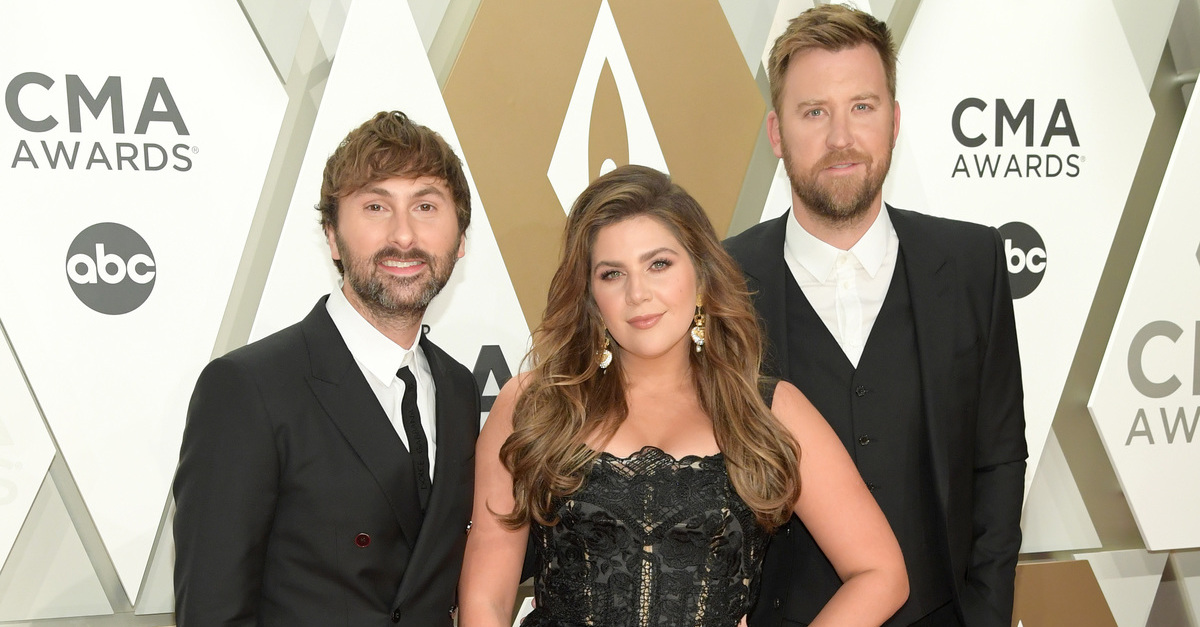 Dave Haywood, Hillary Scott and Charles Kelley of the group then known as ‘Lady Antebellum’ attended the 53rd annual CMA Awards at the Music City Center on November 13, 2019 in Nashville, Tenn.

The country music trio formerly known as “Lady Antebellum” has settled its two-year legal battle with Black blues singer Anita White. The terms of the settlement are currently unknown, but a federal court has declared the band — now known as “Lady A”— the trademark owner of the name.

Recall that the country trio had an awakening after George Floyd’s death in June 2020 and changed its name to something less historically problematic. The band members posted on Instagram that their “hearts have been stirred with conviction” about the “injustices, inequality and biases Black women and men have always faced and continue to face everyday.” They said they had “many honest conversations with some of our closest Black friends and colleagues” and dropped “Antebellum” from their official name as a result. Henceforth, they would be known as “Lady A,” which is what many fans had been using as a nickname of sorts for years.

To underscore their resolve, the band registered the trademark “Lady A” with the U.S. Patent and Trademark Office.

What the band did not predict, though, was that Black blues singer Anita White had already been going by the name “Lady A” for decades. When the bank learned of the conflict, it sued Anita White in July 2020, drawing ire from the Black community.

In September 2020, White countersued the band, alleging that she had the legal right to use the name because she had been performing under that moniker since at least the early 1990s. Later in 2020, White released a single entitled “My Name Is All I Got.”

U.S. District Judge Ricardo Martinez, a George W. Bush appointee, granted the parties’ joint motion to dismiss the lawsuit Monday. While the parties have announced the resolution of their respective lawsuits, no details about the terms of their settlement have been publicized. However, because the court followed its order with a declaration of the band’s trademark ownership, it appears that the band has at least the legal right to continue using “Lady A” as its name.