‘You Tore Her Open and Ripped Her Baby from Her Stomach’: Texas Woman Sentenced to Death for Killing Pregnant Friend, Stealing Unborn Child 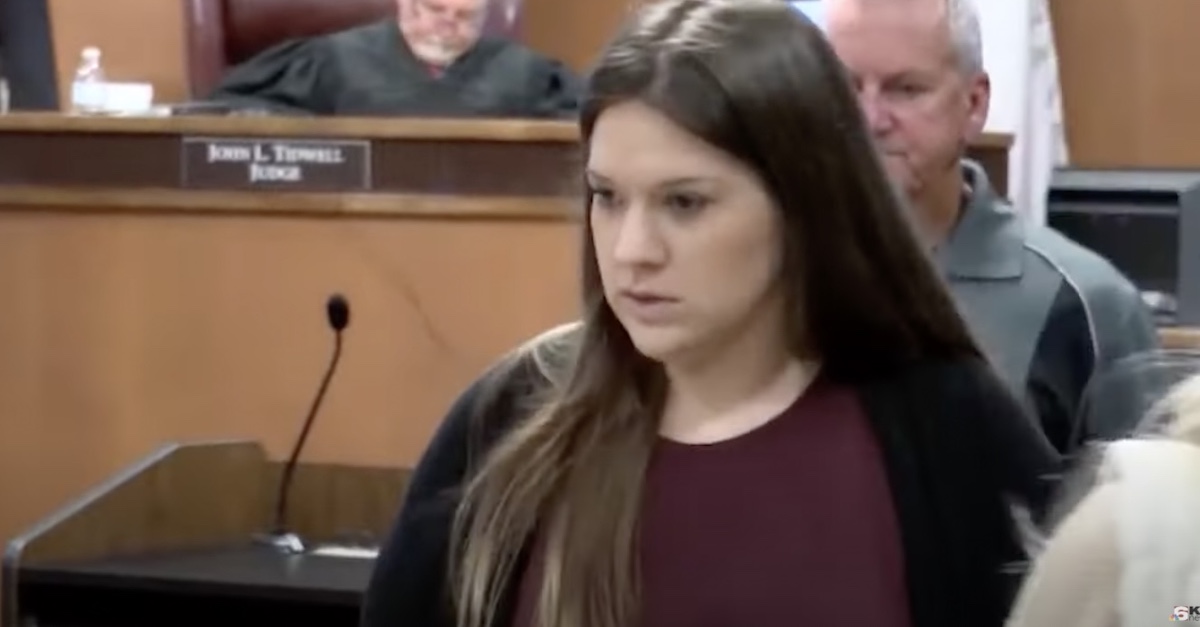 A 29-year-old Texas woman is heading to death row for killing her pregnant friend and cutting the unborn baby from the victim’s womb.

The same jury composed of six men and six women last month deliberated for less than an hour before convicting Parker, who is also known as Taylor Morton and Taylor Waycasey, on the charge of capital murder by terror threat or other felony. Following the conviction, she was facing either the death sentence or life in prison without the possibility of parole.

According to a report from the Texarkana Gazette, jurors reached verdicts on two special issue questions before state District Court Judge John Tidwell formally handed down Parker’s sentence. First, jurors reportedly found that Parker was likely to continue committing acts of violence that posed a threat to society. They also found that there were no “significant mitigating circumstances” in Parker’s background that should lead to her being sentenced to life in prison instead of death.

Reagan’s sister, Emily Simmons, said that at her upcoming wedding, she will have to carry a picture of Reagan down the aisle because her sister won’t be there to act as her maid of honor, the Texarkana Gazette reported.

“My only biological sister. You need to understand what you took from me and my family. No more celebrating her birthday. I was barely 19 when I got the call my sister was gone,” Simmons reportedly said. “She will never be my maid of honor. If I visit my sister I have to go to a graveyard and see a headstone. I will never get a text or phone call from her again.”

“She was one of the very few people on this Earth who cared about you. Now who cares about you?” Brooks reportedly asked. “My baby was alive still fighting for her babies when you tore her open and ripped her baby from her stomach.”

“The circumstances in which Reagan died are horrible and there is no doubt it was torture. But a mother died fighting for her child, That’s how she left the world. A woman who died fighting,” she reportedly said. “Braxlynn spent her living and dying moments in the arms of the person who killed her. What case would you give [the death penalty] to if not this one? Mercy is for someone who understands and acknowledges what they have done.”

The facts surrounding Reagan’s murder are particularly extreme and disturbing.

According to a probable cause affidavit reviewed by Law&Crime, the investigation unfolded after Hancock’s mother went to her daughter’s home on October 9, 2020, and found her daughter dead. The mother called 911 at 10:18 a.m.; the local police called the Texas Rangers to assist with the investigation a few minutes after noon.

“Officers learned [Hancock] was approximately 34 weeks pregnant and requested EMS personnel to come to the scene and check on the status of the baby,” the document continues. “The body camera footage from police shows Life Net EMS turn [Hancock’s] body over, which revealed a very large cut across [Hancock] abdomen area. EMS personnel determined [Hancock] no longer had a baby in her stomach area.”

Authorities say that investigators had inadvertently encountered the baby and the suspected killer less than an hour before the 911 call came in.

A Texas state trooper pulled a vehicle over in DeKalb, Texas, at about 9:37 a.m. on the date of the killing.

“Taylor Parker was the driver and was holding a new born infant in her lap,” court documents said. “[T]he umbilical cord was connected to the infant, which appeared to be coming out of the female’s pants, as if she had given birth to the child.”

“Parker was performing CPR on the infant and LifeNet EMS came to the scene and transported Parker and the infant to a hospital in Idabel, Oklahoma,” the affidavit continued. Despite Parker claiming the child was hers, local police chief eventually learned from staff at the McCurtain Memorial Hospital that Parker had not given birth to the infant.

As previously reported by Law&Crime, Parker sliced Hancock from hip to hip using a scalpel and pulled her uterus out. Hancock, who was approximately 34 weeks pregnant, had struggled with her killer. Authorities described defensive wounds on her hands. Among other injuries, one of her fingers was dislocated and another was almost cut off.

Investigators determined there were more than 100 stab wounds, with at least 39 on her head. Her skull was fractured in five different places, likely struck with both the blunt and clawed end of a hammer. She was also likely beaten with a four-pound jar, full of pink and blue sand from her wedding, investigators said. Authorities initially overlooked the scalpel, as it was lodged in the victim’s neck.

Prosecutors argued that Parker’s scheme to steal Reagan’s baby was part of an elaborate effort to keep her boyfriend after she lied to him and said she was pregnant.

“You have been found guilty of capital murder and punished by Texas law to death. I formally sentence you to death,” Judge Tidwell told Parker at the close of the proceeding. “Take her to death row.”