‘You Showed Her No Mercy, Not Even an Inkling of Human Dignity’: West Virginia Man Sentenced For Murdering Girlfriend with Axe 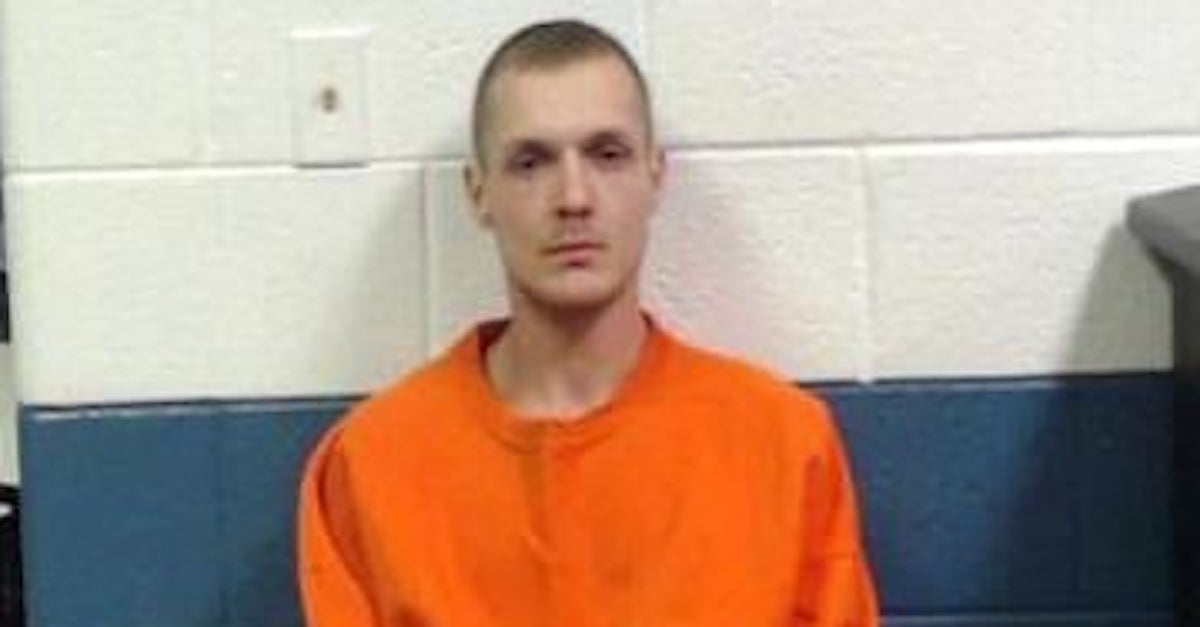 A West Virginia man will spend the rest of his life behind bars for brutally murdering his former girlfriend in 2019. Hayden John Dixon, 31 was sentenced to life “without mercy,” meaning he will not be eligible for parole, for killing 35-year-old Trinity McCallister by repeatedly striking her in the head with an axe and strangling her, Lewisburg CBS affiliate WVNS-TV reported.

A Fayetteville County grand jury in September found Dixon guilty on the charge of first-degree murder in McCallister’s death. He was also convicted on charges of felony possession of a stolen vehicle, felony forgery, felony uttering, and providing false information to police, a misdemeanor. In addition to the life sentence, Judge Thomas H. Ewing on Friday also ordered Dixon to serve a consecutive sentence of three to 25 years on the other charges.

“That night when you murdered Trinity McAllister, you showed her no mercy, not even an inkling of human dignity,” Judge Ewing reportedly told Dixon prior to handing down the sentence.

Ewing also reportedly rejected a request from Dixon’s defense attorney to dismiss the jury’s recommendation of no mercy on account of his client’s age.

McCallister’s body was discovered inside of a Fayette County home located in the 100 block of Wildwood Place on Nov. 12, 2019, The Register-Herald reported. McCallister’s family had reported her missing the previous day. Dixon was arrested on Nov. 13. The couple had reportedly been living together for several months.

Investigators with the Oak Hill Police Department reportedly recovered an axe from the scene that was covered with blood. The West Virginia Crime Lab analyzed the axe and reportedly found Dixon’s fingerprints on the handle of the weapon.

An autopsy conducted by a state medical examiner reportedly determined that McCallister’s death was a homicide caused by blunt force trauma to the head and strangulation. She had sustained “severe strikes to the face and head from the axe,” according to a report from Oak Hill ABC affiliate WOAY-TV.

Police reportedly said that on the night of the murder, Dixon tried to check himself into the psychiatric ward at Beckley Appalachian Regional Hospital before stealing a car and attempting to flee the state.

“They’ve often wondered what’s happened to their mother,” Crane reportedly said. “I hope that somehow they can draw some strength from today, from seeing him go away and not being able to harm anyone else.”

Given the opportunity to address the court prior to being sentenced, Dixon reportedly had his attorney read a written statement that consisted of only a single sentence.

“This is what drugs does to people,” the statement said, per WVNS.

Dixon has 30 days to file an appeal challenging his sentence.

The Register-Herald reported that Dixon had previously been charged in 2016 with malicious assault and obstructing an officer, and in 2018 with attempting to steal an $80,000 dump truck.