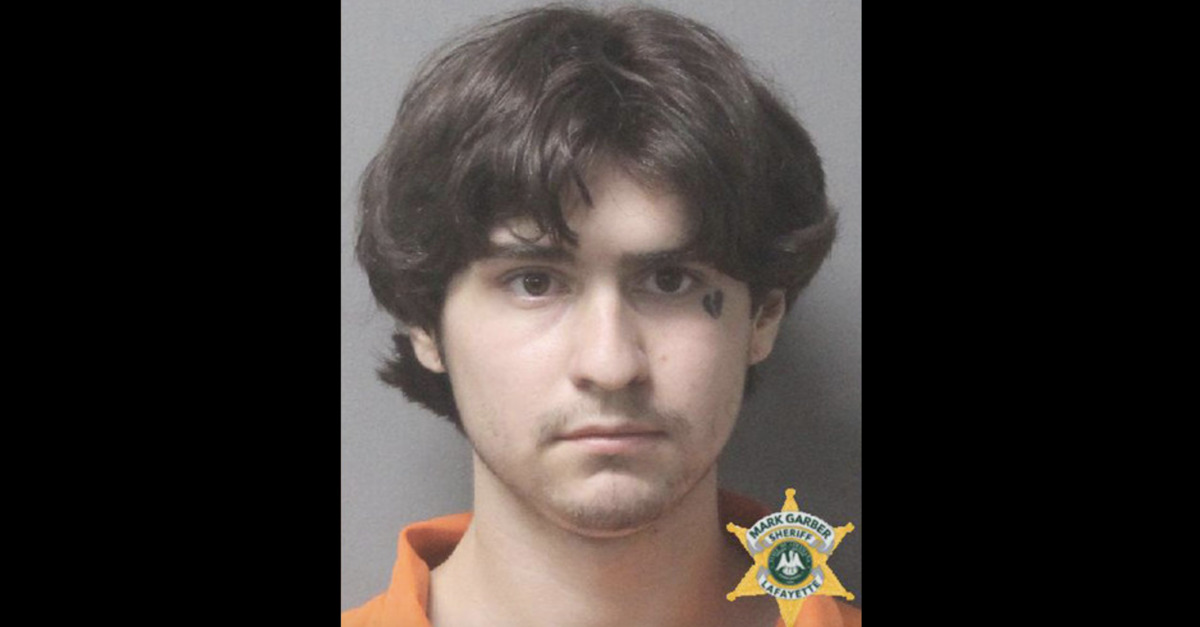 Chance J. Seneca, 19, was indicted by a federal grand jury for allegedly attempting to murder a gay man as part of a broader plan to kidnap and murder gay men across Louisiana.

Grand jurors returned a six-count indictment against the alleged, would-be serial killer that includes violations of the federal hate crimes statute as well as kidnapping, firearms, and obstruction of justice charges.

A press release from the U.S. Attorney’s Office for the Western District of Louisiana contains macabre details of the defendant’s alleged “overarching scheme” of hate-based carnage:

The indictment alleges that on June 19 and 20, 2020, Seneca attempted to kidnap one man and successfully kidnapped two other men through his use of Grindr, a dating application for gay and bisexual men. The indictment further alleges that the defendant attempted to murder one of these men because of his gender and sexual orientation, and that the defendant intended to dismember and keep parts of the victim’s body as trophies, mementos, and food.

“The indictment further alleges that Seneca possessed a firearm in furtherance of the hate crime, and that he tried to cover up his actions by deleting communications between himself and the victim of the attempted murder,” the press release continues.

Federal prosecutors also allege that Seneca had an “overarching scheme” to kidnap and kill gay men. Reportedly a Jeffrey Dahmer fan, the defendant is said to have used an image of the infamous serial killer as his Facebook profile picture. Dahmer murdered and dismembered at least 16 men and boys over the course of several years starting in the late 1970s.

Seneca, a resident of Lafayette Parish, allegedly kidnapped and tortured gay teenager Holden White in June 2020. White was 18 at the time.

“Everything seemed fine. Nothing seemed weird, and we decided after a month of talking we should, like, meet,” White told local CBS affiliate KLFY in early 2021. “He left the room to get something, and then he came back. And when he came back, he had came up behind me and that’s when he wrapped a cord around my throat.”

“The next thing I remember I was in the bathtub, and he was slicing open my left wrist,” the miraculous survivor recalled.

In the end, White had six stab wounds in his neck, a wound on the back of his head and cuts on his wrists that nearly resulted in his hands being cut off—which has caused permanent nerve damage. He woke up dazed in a hospital bed after a three-day coma.

White survived. But his attacker thought he hadn’t. According to police, Seneca called authorities and said he had killed a man.

Local authorities were initially hesitant to charge their suspect with a hate crime—attributing the incident to an “argument.” White’s family was incensed because they believed their son was targeted due to his sexual orientation. And in late January 2021, local prosecutors tacked on a hate crime charge to the attempted murder charge.

If found guilty on the federal charges, the defendant faces life in prison.