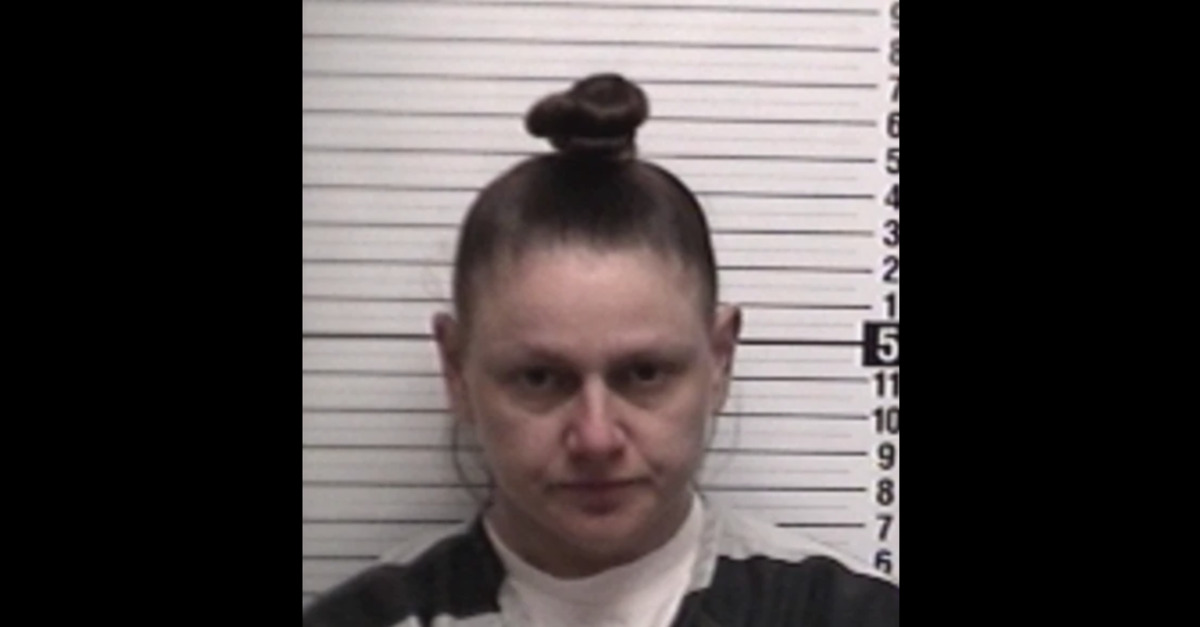 A Florida woman has been charged with a dizzying number of crimes related to child abuse, child neglect and expansive drug trafficking.

Rebecca Turner, 35, was originally arrested on one count each of trafficking in fentanyl; trafficking in methamphetamine; possession of cocaine with intent to distribute; and possession and/or use of narcotic equipment as well as one additional minor drug charge.

“During the search warrant, investigators located a small yellow back [sic] in a baby crib, in the master bedroom, that contained personal documentation and clothing for Turner,” the Panama City Police Department wrote in an affidavit-complaint obtained by Law&Crime. “Within the bag, investigators located a baby formal [sic] can that contained several plastic baggies with different substances.”

Authorities alleges that within those baggies were, based on drug field-testing, multiple doses of fentanyl, methamphetamine, and cocaine as well as one bag containing “a green leafy substance.”

“The amount of fentanyl confiscated equals more than 34,000 lethal doses of the drug,” the PCPD said in a press release issued Jan. 20, 2022. “In all, more than 76 grams of methamphetamine were confiscated, along with more than 21 grams of marijuana.”

The massive drug bust was facilitated by a child abuse investigation that began the day before. Police say they were notified by the Florida Department of Children and Families about “possible abuse of a child being cared for by the suspect.”

Turner was also charged with two counts of child abuse and with violating the terms of her probation on the day the raid occurred.

A separate affidavit outlines the child abuse allegations that led police to the defendant’s home in the first place.

In June 2021 the [redacted] victim was seen by the Children’s Advocacy Center for physical injury, including multiple bruises were in see [sic] on his inner thighs and behind his knee, places where a child the victim’s age would not normally get injured from a fall or from playing.

In January 2022 the victim was seen by the Department of Children and Families due to a report of abuse. The victim, now [redacted], had bruises all over his body and patterned bruises on his back and thigh. Two witnesses provided sworn, recorded statements on how they have seen the defendant hit the victim, including with objects like a kitchen spoon and a cell phone.

“In a post-Miranda statement the defendant stated she is the primary caretaker for the victim,” the affidavit continued. “She described him as a child who plays a lot, runs into walls, falls off beds and counter tops. She could not explain the patterned bruising on his thighs.”

Another affidavit outlines some of those allegations:

During a forensic interview the defendant’s [redacted] stated the defendant made a [redacted] she was caring for take a cold shower for a potty training accident. The juvenile also witnessed the defendant withhold food and drink from the toddler in an attempt to prevent him from urinating or defecating on himself.

An adult witness, who provided a sworn, recorded statement walked into the bedroom while the victim was in the cold shower and saw him shivering. This witness also knew the defendant withheld food from the victim so she tried to sneak him food without the defendant knowing.

By forcing the [redacted] victim into a cold shower, causing him to become very cold, the defendant engaged in a damaging act toward the victim for the primary purpose or causing the victim unjustifiable pain.

By withholding food and drink from the victim as a punishment, the defendant neglected to provide the victim in her care food and nutrition that would be considered essential to the victim’s well-being.

In yet another affidavit, police allege the defendant also kept fentanyl in her bathroom “in close proximity” to the 7-year-old and the 5-month-old. Authorities also allege that Turner’s 12-year-old daughter said her mom had provided her and her 15-year-old brother with “marijuana to smoke” and would “sometimes smoke marijuana with them.”

Some of those court documents are available below: