Woman Admitted Poisoning Boyfriend ‘Just Enough to Shut Him Up,’ Then Called Rescue Crews So He Wouldn’t Die: Authorities 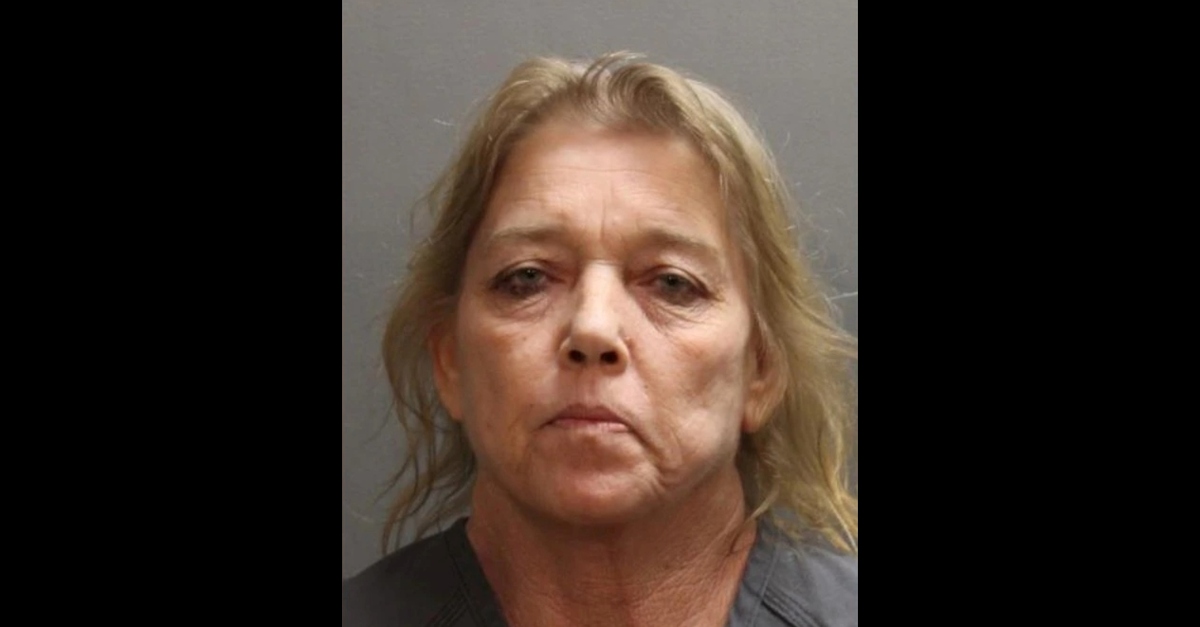 A Florida woman is charged with poisoning her long-time boyfriend, and she allegedly confessed outright to the responding officers who she herself called to deal with the situation. Alvis Lorraine Parrish, 54, remains at locked up in Jacksonville on one count of poisoning food or water with intent to kill or injure a person, online court records show.

Officers with the Jacksonville Sheriff’s Office say Parrish and her boyfriend had been dating for nine years.  The couple’s relationship — which included living together for at least part of that time — reportedly culminated with law enforcement and fire officials finding Parrish sitting on her front porch after she apparently called 911.

“Yeah, I did it,” she said as the first responders arrived.

That’s according to an arrest report obtained by Law&Crime.

Officials redacted a portion of Parrish’s statement, but it allegedly ended with the following phrase:  “because he wouldn’t shut the fuck up.”

“I gave him just enough to shut him up and called y’all so he wouldn’t die,” she also allegedly said.

She allegedly added while being handcuffed that she would kill her boyfriend if officers did not arrest her.

“Do whatever you want,” she allegedly said. “If you don’t take me, I will kill him.”

Sheriff’s deputies and fire officials found the victim “extremely lethargic.” He said he did not know why he was feeling so tired. He was asked if Parrish gave him Seroquel, which is used to treat schizophrenia, bipolar disorder, and depression.

“I’m not sure why she would give me that,” he then told the authorities, per their reports. “I don’t take Seroquel.”

He declined to go to the hospital but had a hard time finishing domestic battery paperwork because he was so tired, officers said.

“The victim further stated he did notice that his lemonade did taste weird,” deputies continued.

The deputies on the scene wrote that they later the boyfriend on the floor.

He admitted he was not feeling well, so fire and rescue crews took him to the Park West ER in Jacksonville for treatment.

The court file says some of the evidence in the case includes “notes written by” the suspect.  Officers elsewhere wrote that they seized “a notebook” in which “the suspect wrote out what she did to him” (the victim).

“We also located the bottle of lemonade,” officers wrote, “which contained a powdery substance at the bottom of the bottle.”

Parrish remains in jail on a $50,003 bond. Records show a public defender’s office represents her. Representatives there did not immediately respond to a Law&Crime request for comment.

The statute Parrish is accused of violating reads as follows:

Under Florida law, most first-degree felonies are generally punishable “by a term of imprisonment not exceeding 30 years” and a fine of up to $10,000.