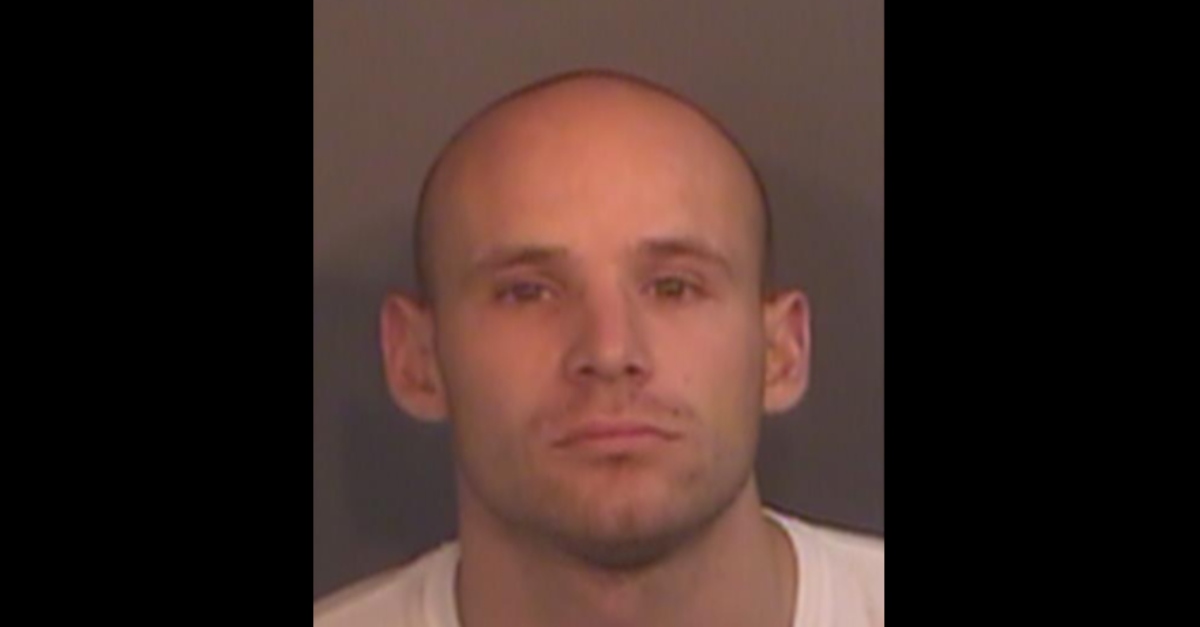 During a road rage incident, a man performed a Nazi salute, got out of his car to attack a Black driver, and threatened to commit a mass shooting, Florida authorities say.

Jordan Patrick Leahy, 28, was booked into the Pinellas County Jail on Monday, online records show. The sheriff’s office alleged that Leahy sideswiped a Black driver’s car, broke into the Nazi salute while driving past and pretended to shoot the man while driving next to him, according to the arrest affidavit. He also allegedly yelled the N-word.

Leahy allegedly stopped his car at the intersection of Bryan Dairy Road and Starkey Road, stepped out, and approached the other man’s car “aggressively.” He punched the the Black driver in the chest, deputies said. That is as far as the alleged attack went. The Black driver put him in what authorities described as a submission hold.

Law enforcement officials say they arrived at the scene shortly after that—and that Leahy made no mystery of his motivation. He told deputies he “got out, threw the Nazi salute, and wanted to fight a random colored person,” authorities said.

“Ya’ll need to control them,” he allegedly said. “They’re like savage animals.”

Leahy allegedly could be heard saying on body cam footage that he wanted to commit a mass shooting of 60 to 70 people by shooting victims in the face, then die by suicide by shooting himself in the throat.

Authorities cited the “clear, targeted” racism and noted “hate crime” as an aggravated factor. They noted that they seized no weapons.

Leahy had a breath alcohol content of 210L, meeting the threshold for driving under the influence of alcohol, deputies said. He allegedly fared poorly on the roadside sobriety tests. Leahy was booked on a total of $23,000 bond for a count each of felony battery, threatening to conduct a mass shooting, and a DUI involving property damage or injury. Leahy is receiving “healthcare,” Pinellas County spokesperson Sgt. Jessica Mackesy told Law&Crime, not immediately responding to a request for elaboration.

Leahy’s attorney made a written plea of not guilty on Monday, records show. Bond was amended to $20,000.