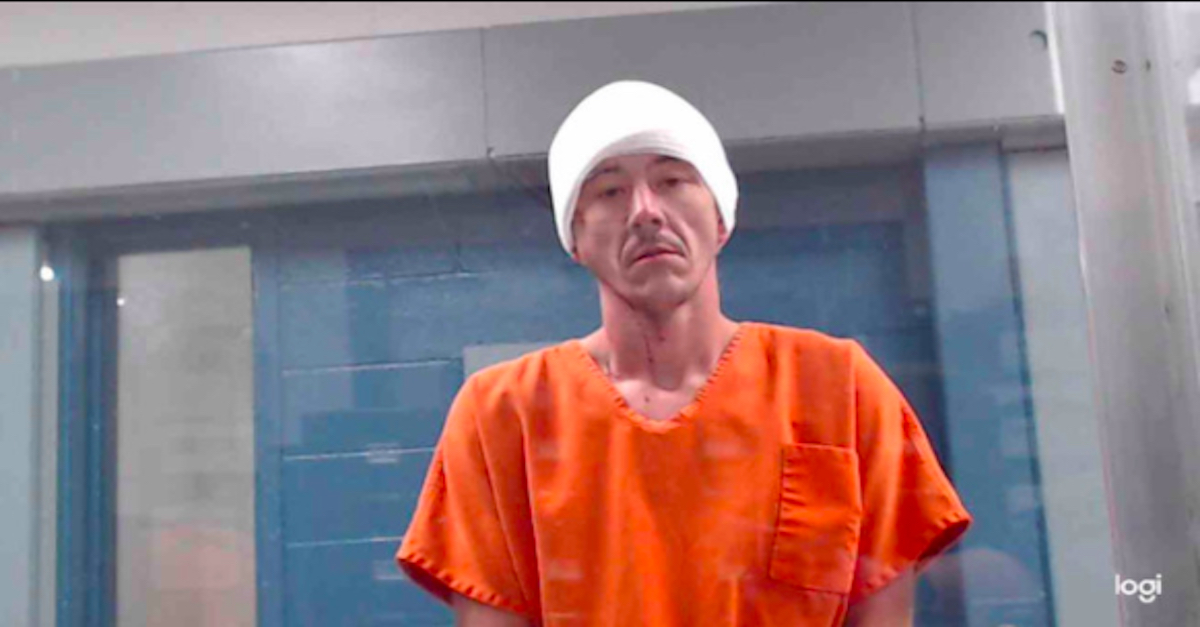 A West Virginia man was arrested early Tuesday morning after authorities say he fatally shot a pregnant woman in the torso using a double-barreled shotgun during a crime spree that ended with a multi-hour manhunt.

Prosecutors in Boone County on Tuesday charged 30-year-old Mitchell Caleb Hughes, of Racine, with two counts of first-degree murder in the death of 22-year-old mother-to-be Ashley Goad and her unborn son, according to a report from Charleston ABC affiliate WCHS-TV.

According to the report, the fatal shooting occurred Monday afternoon outside of Goad’s home located in the 1600 block of Left Fork Road in the unincorporated coal town of Joes Creek. At approximately 4:35 p.m., Goad went outside of her home to meet a female friend who had recently purchased a new car, the complaint reportedly states.

The friend reportedly told police that immediately after she pulled her vehicle into Goad’s driveway, Hughes pulled in behind her. The friend personally knew Hughes from having worked with him at a local Family Dollar store and also reportedly told investigators that she knew his parents.

Hughes then got out of the car, “pulled a double-barrel shotgun,” and approached the friend and Goad, per the report.

In response to the armed man, Goad reportedly “retreated” inside her friend’s new car in an attempt to escape Hughes, but he allegedly fired two rounds into the car, striking the victim in the “upper torso area” at least once. Goad also sustained a wound to the left side of her forehead, per WCHS.

Deputies with the Boone County Sheriff’s Office and Emergency Medical Services were dispatched to Goad’s home but she was pronounced dead on the scene. She was 18 weeks pregnant at the time of her death.

According to a report from the Herald-Dispatch, after fatally shooting Goad, Hughes allegedly fled the scene on foot. A Boone County Sheriff’s deputy reportedly got out of their vehicle to chase the suspect, but Hughes was able to steal their cruiser and speed away.

Deputies reportedly pursued Hughes but lost him somewhere in Kanawha County. A jogger in the Kanawha State Forest later reported the missing cruiser, which had been abandoned inside the park.

The Kanawha County Sheriff’s Office on Monday evening confirmed that deputies with their office took Hughes into custody with the help of the U.S. Marshals Service. Authorities were responding to a 911 call in the 7000 block of Kanawha State Forest Drive about a possible Hughes sighting when they found the fugitive at the front door of the residence.

The arrest of Mr. Hughes overnight was made by the United States Marshals…

“It was a random victim. He pulled up to the house and shot the homeowner,” Barker told the radio station.

According to Barker, Hughes began his crime spree by allegedly stealing a car in Sylvester County. The stolen vehicle was what he allegedly drove to Goad’s house before fatally shooting her.

“It’s awful. It’s tragic. It’s heartbreaking. You can’t imagine for the family—but our hearts and prayers go out to the families of the victims. It’s just a tragic situation,” Barker told the station.