‘We Don’t Know What They Could Have Been’: Pa. Man Set Fire to Kill His Own Son and Two Grandchildren, Coroner Finds 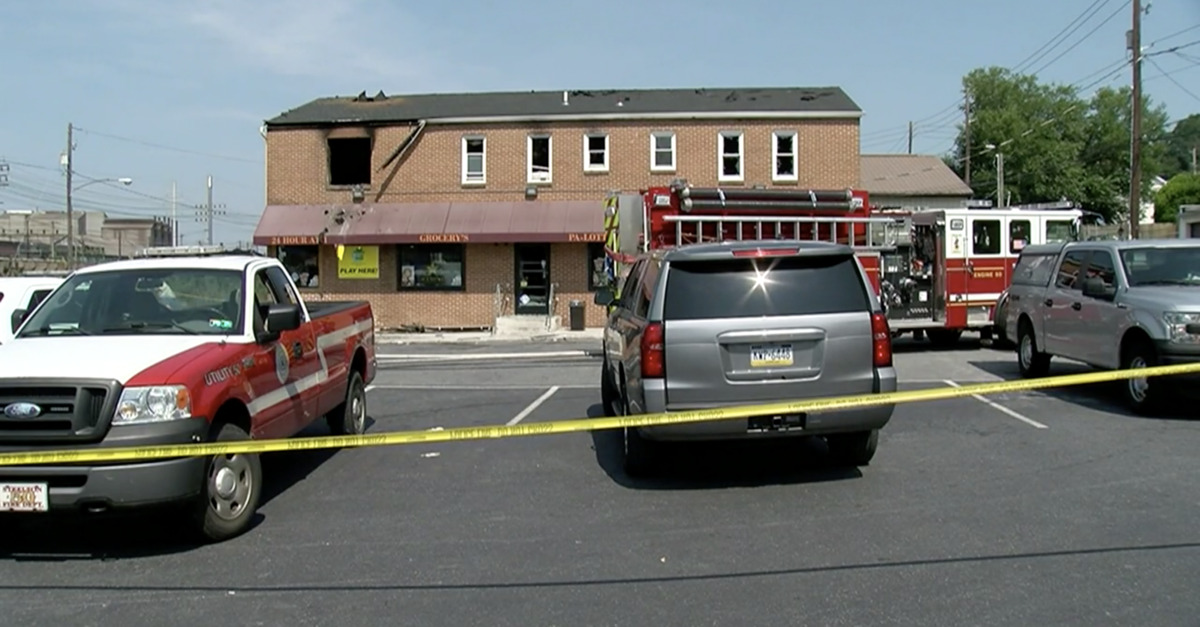 A grandfather in Pennsylvania intentionally set a fire that killed his own son as well as two of his grandchildren–and which eventually took his own life, a coroner’s report issued Tuesday found.

During the horrific blaze, 36-year-old Saeed Afshar died along with with his eight-year-old son and five-year-old daughter. Each of the four died from thermal burns and smoke inhalation, according to the coroner’s statement cited by local NBC affiliate WGAL.

During a Tuesday morning press conference, Hetrick said the eldest Jafar killed his family by using a large amount of liquid accelerant before igniting the trap he poured throughout their corner apartment.

“I think this happened quickly,” Hetrick said of the deaths, noting that the location of the bodies led every investigator on the scene to conclude that the fire was intentionally set using an accelerant in multiple locations. “I think there was a large amount of smoke.”

Located just above a corner store, the apartment was engulfed in flames so strong that first responders were unable to make entry, according to Flint, Mich.-based ABC affiliate WJRT.

The fatal inferno first caught neighbors’ attention around 6 a.m. on Friday. One dialed 911 as another frantically tried to alert residents to the quickly-moving danger above Raja’s Convenience Store.

“I’m just running, banging on everything, ringing bells,” Celestine Afif, who was out buying lottery tickets, told PennLive. “And the next thing you know, that window exploded and I was right underneath it.”

Dogged in her determination to warn, Afif stayed ringing the doorbell even as debris fell around her, until police arrived.

“I pray there’s no kids bodies coming out,” she said. “Please don’t let it be.”

Authorities did not publicly release the names of the children who were allegedly murdered by their grandfather but PennLive.com confirmed with a “source close to the investigation” that their names were Darius Afshar and Zipporah Afshar after a GoFundMe for the surviving mother’s funeral expenses was posted online.

“We are all deeply devastated by this loss and are trying to do everything as best as we can to help my cousin and her family get through this,” organizer Brittany Sparks wrote. “Both financially [and] emotionally. We want to give Darius [and] Ziporrah the memorial they deserve, to honor their memory and say our last goodbyes.”

The death of the children hit the community particularly hard. The incalculability of the loss noted by officials.

“We don’t know what they could have been,” Hetrick added. “It’s sad. It’s horrible. I helped carry out one of the dead children.”

Steelton Police Police Chief Anthony Minium said that while neither his officers nor any firefighters sustained physical injuries, they suffered “a lot of mental damage” due to the failed rescue attempts.

“I hope people look at what happened here today,” one man said during a memorial on Sunday night. “We’re all together. You know, race doesn’t mean anything. It’s your heart. It’s what you feel for people. It’s love. Without love, we’re all going to be sorry and hurting.”

Neighbor Julianna Paioletto, who organized the memorial, said donations can be made to the family’s great grandmother, Sandra Lutz.

An official motive has yet to be announced for why Jafar Afshar would kill his son and grandchildren–but the coroner offered some speculation.

“There had been indications of abnormal behavior,” Hetrick said during the press conference held at the county forensic center. “What was in his mind when he decided to eliminate his family, I don’t know.”