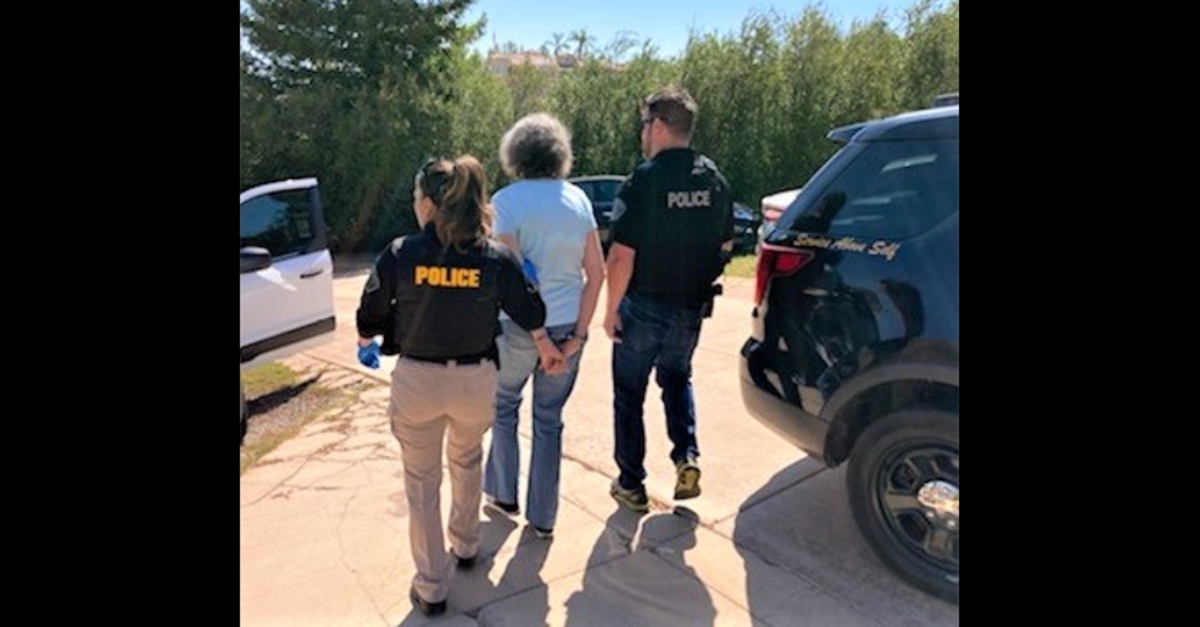 A woman who ran a foster care home for severely disabled kids and adults refused to help a 17-year-old girl in her death throes, as she vomited blood and suffered in pain for up to nine hours, say prosecutors in Riverside County, California. Michelle Louise Morris Kerin, 80, is charged with murder for allegedly snubbing Diane “Princess” Ramirez, as the 17-year-old girl died an excruciating, lengthy and allegedly avoidable death on April 6, 2019. Authorities charged husband Edward Lawrence “Larry” Kerin, 79, with child neglect for the way he allegedly treated the teenager before she died.

The owners of Morris Small Family Home have been indicted by a grand jury on 14 counts. Michelle Morris Kerin has been charged w/murder for the death of Diane “Princess” Ramirez, 17. Edward Lawrence Kerin is charged w/child neglect of Diane. News release: https://t.co/lulq9Xv4P3 pic.twitter.com/seHjDnyZfZ

The Kerins were charged on a 14-count indictment for crimes including child endangerment likely to cause great bodily injury or death, and lewd acts on a dependent adult. They allegedly engaged in an array of despicable, lurid behavior while running the Morris Small Family Home. The couple physically abused and neglected the children and adults in their care, prosecutors said. This allegedly involved sexual abusing three of the grown-ups. The facility lacked 24-hour staffing and did not properly maintain medical records, prosecutors said.

“The investigation revealed additional evidence that numerous other residents had been previously abused and neglected, the facility was not properly staffed for 24-hour care, and medical records were not properly maintained,” prosecutors wrote. “Some of the adult dependent residents were found to lack the mental capacity to give consent but engaged in sexual activities facilitated and encouraged by both defendants.”

Prosecutors say the people in the couple’s care were in no position to fight back.

“Many of the victims were non-ambulatory and unable to speak, requiring 24-hour care,” authorities wrote.

Diane Ramirez aka “Princess Diana” lived a joyous life with cerebral palsy. Her mother is now demanding an investigation into the facility caring for her when she suddenly died. That controversial Murrieta foster home has had several other documented allegations of abuse. @CBSLA pic.twitter.com/LLFqvo1O1S

According to prosecutors, Michelle Kerin snubbed Diane in her final hours:

The criminal grand jury returned an indictment charging murder against Michelle Morris Kerin based on evidence that she refused to seek help for Diane even though she vomited blood several times, had inconsistent vital signs, and had been in pain for an estimated eight or nine hours. Edward Kerin is charged with child neglect of Diane prior to her death.

Ramirez lived with cerebral palsy, a seizure disorder, and other issues, according to an Orange County Register report. She remained a lively young woman despite the challenges, taking a high school quarterback to a prom in 2018.

“That’s one of the best memories of my life,” date Jeff Miller told the paper. “Heaven has gained another beautiful angel.”

Her body was confined to a wheelchair, but her mind was sharp and her heart was full. At 17, “Princess Diane” Ramirez had big plans for the future: She wanted to go to college, get a California ID, open a savings account, move out of a foster home for severely disabled kids and live again with her dad, whom she adored.

Her father Alberto Ramirez Jr. would reportedly learn while finishing preparing her new room that she had died. The father and daughter went to a mall the day the before, apparently in good shape. Diane Ramirez had been at the Kerins’ home while her parents were having a challenging divorce and neither could take care of her.

Her parents sued Riverside County for $10 million, blaming the county for putting Diane at the Morris home. The county knew or should have known that it was a “was a death sentence waiting to happen,” according to the plaintiffs.

“There have been so many red flags over the years — so many reports that something there is wrong,” said attorney Charles Krolikowski. “The county sends social workers to go out to ‘investigate’ complaints for 15 minutes. The social workers can’t talk to the kids themselves, because most of the kids are nonverbal. So they talk to the foster parents, who say the reports are wrong and everything is fine. Then they leave.”

“I deserve to have that bond with my daughter and I hate that she was robbed of her time,” mother Angel Cardena told KCAL in 2019.