Virginia Woman Admits Bringing Man to McDonald’s for ‘Last Meal’ Before Executing and Dismembering Him with Ax, Discarding Remains in Trash Bags 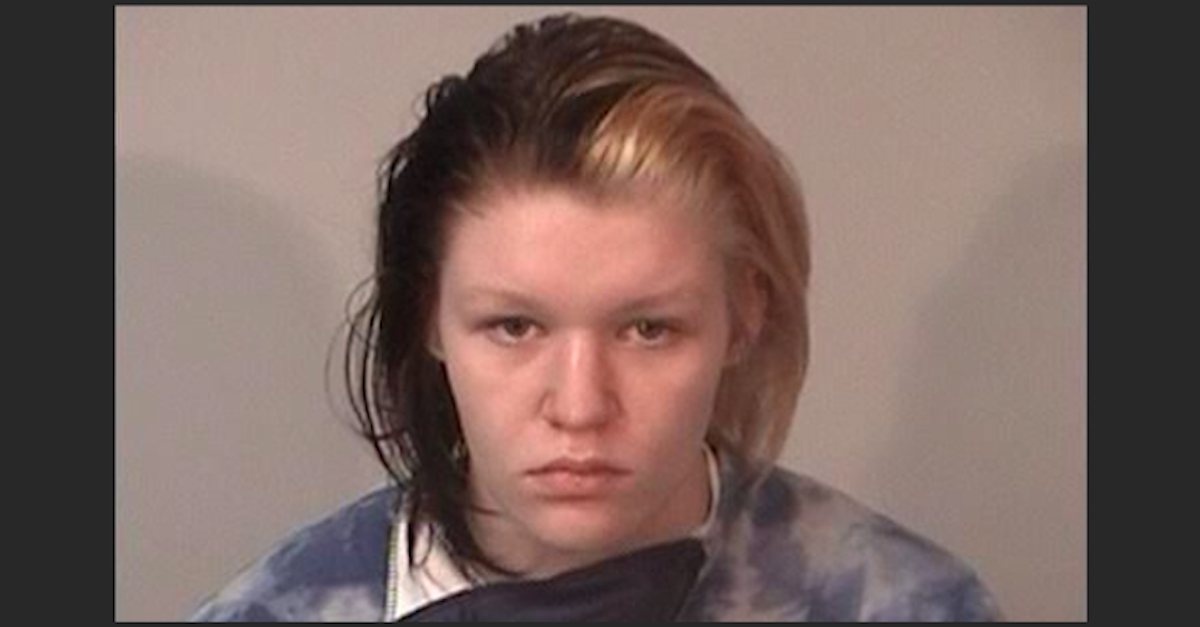 A 22-year-old Virginia woman this week admitted to the cold-blooded kidnapping and execution of a 20-year-old man whose body was dismembered and discarded in black trash bags. Bronwyn C. Meeks on Friday formally pleaded guilty to more than 30 criminal charges, including counts of first-degree murder, murder by mob, abduction, and concealing and defiling a corpse in the death of Dylan D. Whetzel, the Fredericksburg, Va. Free Lance-Star reported.

Whetzel’s remains were discovered concealed in four large black garbage bags in a wooded area of Spotsylvania more than a year ago on Feb. 1, 2021. Whetzel had reportedly been shot in the head several times — and at least five times total — before his body was chopped up and placed in the bags. Meeks was arrested soon after the body was discovered along with two co-defendants, Dominic Samuels and Brennan Thomas, both of whom are 19. As a group, they faced a total of 85 criminal charges.

Meeks was originally scheduled to be arraigned on Friday before her attorney reportedly reached a deal with prosecutors. Per the Free Lance-Star, in exchange for pleading guilty, Special Prosecutor David Sands requested that Judge Ricardo Rigual sentence Meeks to a prison sentence of between 16 and 54 years.

Samuels is reportedly scheduled to face a jury on Aug. 15, and Thomas’s proceedings are set to begin Nov. 29.

According to the report, Sands spoke at length about the extent of the evidence investigators obtained against all three defendants.  The prosecutor said Meeks and Samuels were reportedly dating and also allegedly sold drugs together. The couple and Thomas all attended Massaponax High School together, though Meeks was older.

The conflict with Whetzel allegedly arose when Whetzel confronted Meeks and told her to stop selling drugs to his friend. The friend had reportedly survived an overdose from drugs that originated with Meeks.

Reportedly expecting to fail an impending drug test, Meeks is alleged to have planned Whetzel’s murder.  She is said to have texted a friend that if she was going back to jail she might as well “make it worth her while.”

Sands reportedly said Meeks made plans to pick up Whetzel and pretended he would be accompanying herself, Samuels, and Thomas to a party. The quartet first stopped at McDonald’s to eat. Meeks reportedly referred to the stop as Whetzel’s “last meal” in text messages recovered by the authorities.

Meeks is then accused of driving to a remote area in Spotsylvania. There, she and her co-defendants allegedly pulled Whetzel out of the car and shot him in the head several times. Samuels and Thomas then allegedly bought a Cobalt ax which they used to chop up Whetzel’s body.

Authorities were quickly alerted to the murder as Thomas and Samuels reportedly ran into the latter’s grandfather after disposing of the body in the woods.

The elder man reportedly went to investigate, which is when he found Whetzel’s remains as well as the bloody Cobalt ax and called 911.

“Oh, my God. I’m just tripping out. What the fuck did [Thomas] do?” the grandfather reportedly said when speaking to a 911 dispatcher