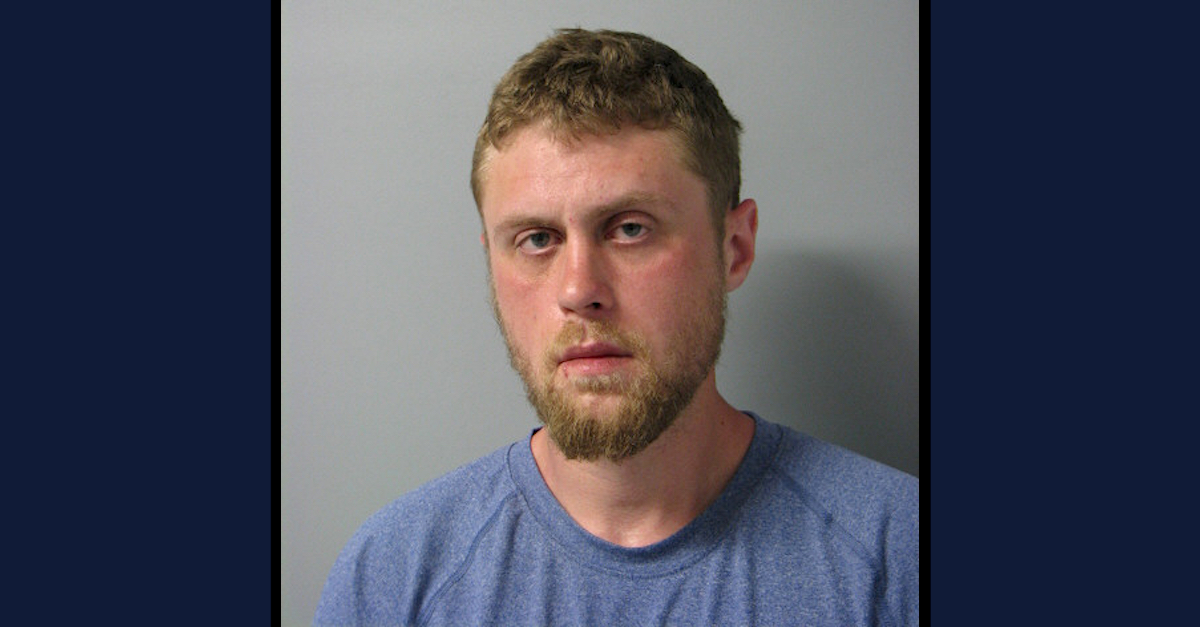 Josh Puma appears in a mugshot taken in connection with an unrelated case.

A Vermont man is facing federal charges for allegedly threatening to kill a state court judge and a defense attorney. The defendant is also accused of threatening to sexually assault a state prosecutor.

The U.S. Attorney’s Office for the District of Vermont says Joshua Puma, 35, “formerly of Chittenden County,” placed the calls to a Vermont Department of Corrections “reporting line” and that the “calls were recorded.”

Puma was incarcerated on apparently unrelated charges when he levied the threats, federal prosecutors said.

“Puma specifically stated that when he is released from jail, he will use violence and kill and maim those state officials, in addition to harming and killing other members of the legal community,” prosecutors said in a press release. “Puma was recently ordered hospitalized by the state court due to mental health considerations.”

Because of the calls, Puma was charged with three counts of transmitting threats in interstate commerce to injure the person of another. He pleaded not guilty before a magistrate judge in Rutland.

Prosecutors asked the magistrate to keep Puma locked up pending trial in this matter.

“This defendant is eligible for detention because the charged offense is a crime of violence,” they wrote.

The Court should detain the defendant because he presents a significant danger to the community. The instant charges against Puma involve a series of threats made by him to violently kill a state court judge and state prosecutor, and to sexually assault that same prosecutor. The threats, which are recorded, are shocking, depraved and unconditional. Puma specifically indicates in the threats that when he is released from jail, he will kill and maim those state officials, in addition to harming and killing other members of the legal community. The nature of this offense alone compels Puma’s detention pending trial.

In addition, Puma is also violent. He appears in this Court on a Writ from state custody where he faces charges for simple assault and stalking. Puma has been in and out of the state criminal justice system for many years, and in September 2019, while in state court, he punched his defense attorney in the face which caused her to fall to the ground. It then took five security officers to restrain him. Puma later pleaded guilty to assaulting his attorney and was sentenced to 4-12 months to serve.

Puma clearly has mental health issues and those will need to be addressed. However, until that time, there are no conditions of release this Court could set that would assure the safety of the community, especially the safety of the people Puma threatened to kill, assault, and maim. For these reasons, Puma should be detained pending trial.

The magistrate responded that there was “clear and convincing evidence that no condition or combination of conditions of release will reasonably assure the safety of any other person and the community.”

The magistrate said the “[w]eight of evidence against the defendant is strong,” cited the defendant’s “[p]rior criminal history,” and noted a history of “alcohol or substance abuse” as grounds for keeping the defendant detained.

Though federal prosecutors didn’t mention it in connection with this particular case, the defendant was previously alleged to have been involved with the heroin trade out of a South Burlington condominium in a 2013 matter.

According to a Vermont jail inmate roster, Puma is incarcerated at the Southern State Correctional Facility in Springfield and has been locked up since March 10, 2022.

If convicted, prosecutors say Puma faces a maximum sentence of 5 years imprisonment on each count related to the telephone threats; however, maximum sentences are relatively rare in the federal system.

Read some of the available case file below: