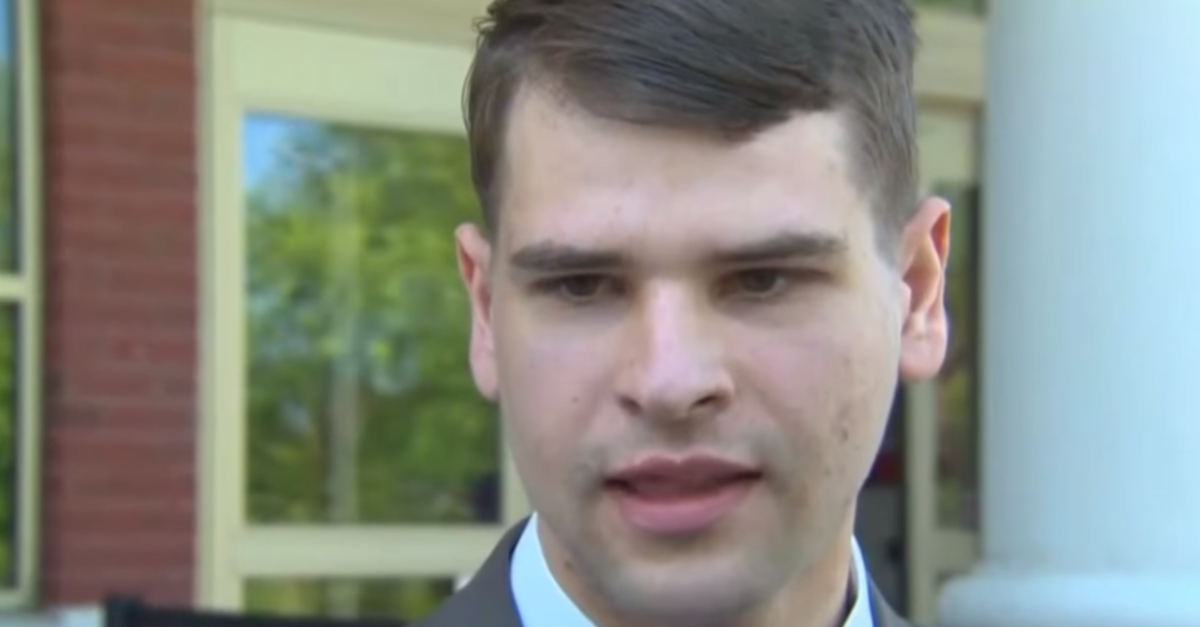 A New England man charged with murdering his mother in an effort to inherit millions of dollars will remain in pretrial detention for the foreseeable future, court records reviewed by Law&Crime show.

U.S. District Judge Geoffrey Crawford on Tuesday ordered 28-year-old Nathan Carman to remain in custody without bond, reasoning that prosecutors had provided “clear and convincing evidence” that he was both a flight risk and a danger to his surviving family.

Carman has been in jail since he was initially arrested in May and charged with murdering his mother, Linda Carman, by sinking a boat “on the high seas” during what was purported to be a fishing trip off the coast of Rhode Island in 2016. Legally, the term “high seas” refers to waters beyond the exclusive territory or economic zone of any nation.

He was also charged with fraud for allegedly trying to collect the insurance benefit on the boat that capsized during the excursion.

Prosecutors have argued that Carman’s motive in slaying his mother was “to obtain family and insurance funds.” Additionally, prosecutors have also accused Carman of murdering his grandfather, John Chakalos, who was fatally shot at his home in Windsor, Connecticut, in 2013. However, authorities have not formally charged Carman in the Chakalos slaying and he has denied having any involvement in his death. He’s also pleaded not guilty to murdering his mother.

“The indictment alleges that both killings were part of a scheme to obtain money and property from the estate of John Chakalos and related family trusts,” prosecutors previously said of the case. “The indictment further alleges Carman attempted to defraud the company that insured his fishing boat.”

Judge Crawford reportedly emphasized that he believed Carman — if freed — posed a danger to his family , specifically his aunts and Chakalos’ daughters, Elaine Chakalos and Charlene Gallagher, with whom he’s had an ongoing “acrimonious feud” over Chakalos’ estate.

In a letter filed in court last week, Carman’s aunts asked the court to keep him detained saying, “we firmly believe, knowing Nathan better than anyone, that he is both a danger to this family and a flight risk.”

“Accordingly, we are very concerned that Nathan has nothing to lose if he is allowed out of jail at this time and will seek retribution against the family,” the letter states. “In addition, shortly, Nathan will have a non-discretionary distribution made to him from a family trust that would allow him significant ability to flee the jurisdiction of the court and allow him sufficient funds to carry out further acts of violence to the family.”

Prosecutors reiterated that Carman posed a flight risk, specifically noting that Carman had no ties to the community, no employment, at least $10,000 in cash, and several boats that “could be used to escape the United States and evade authorities.”

They further argued that Carman presented a danger to others, particularly his family.

“He is alleged to have carefully planned the killing of the two people closest to him in order to financially benefit from their deaths. He has demonstrated an ability to obtain and use firearms,” prosecutors wrote in a memo opposing his release request. “He also has a significant motive to kill to secure his liberty, or to retaliate against those who he believes put him in criminal jeopardy or are undermining his scheme. These facts establish by clear and convincing evidence that Carman poses a danger to others.”

Carman’s attorneys argued that he loved his mother and grandfather. They suggested other members of the family sought to falsely accuse the defendant of wrongdoing in order to keep him from taking a share of their inheritance.

But prosecutors introduced new evidence on Tuesday alleging that Chakalos had threatened to cut Carman off financially if he continued to get poor grades in college, according to a report from the Boston Globe. Carman reportedly learned that he’d failed every one of his classes two days before Chakalos was killed.

“[Carman] knew what his grandfather would do,” Assistant U.S. Attorney Nathanael Burris reportedly told the court during the proceedings.

Burris also reportedly claimed that Carman’s mother had cut him out of her will just prior to her fatal fishing trip.

Judge Crawford sided with prosecutors, saying there were no bond conditions capable of ensuring that Carman wouldn’t flee the country or hurt his family, the Globe reported. Judge Crawford also reportedly emphasized that Carman and had little to lose, as he faces a mandatory life sentence if convicted.

Carman’s attorneys did not immediately respond to a request for comment from Law&Crime.

Read the court filings below: