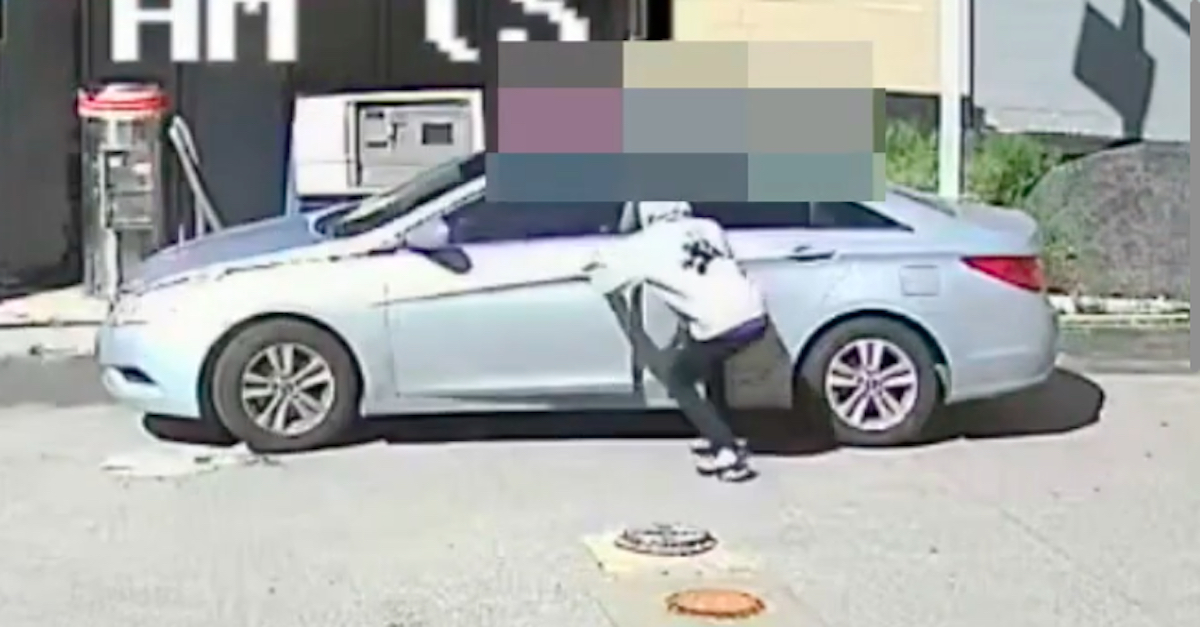 Two 15-year-old males allegedly stole a car with an infant in the back seat.

Law enforcement authorities in Maryland arrested two 15-year old boys from Washington, D.C. who allegedly stole a car from a gas station that held a two-year-old child in the back seat, several news outlets reported Thursday.

The alleged car theft, which took place on the morning of June 16 at a gas station in Silver Springs, Maryland, was recorded by a surveillance camera.

According to the reports, a woman parked her car at the gas station — located in the 8600 block of Georgia Avenue — to use the vacuum. Her infant child was in a car seat in the rear of the vehicle.

The video shows the woman exit her car and deposit money into the device, but just as she grabs the air hose, a person wearing tight black pants and a grey sweatshirt enters the frame from the left, hops into the driver’s seat, and speeds away before the woman seems to realize what’s happened. The video cuts away just as the victim begins to chase the fleeing vehicle

Fox affiliate WTTG-TV reported that a witness who watched the theft take place then followed the stolen vehicle out of the parking lot. The witness told officers with the Montgomery County Police Department that shortly after leaving the gas station, the stolen vehicle stopped and picked up a second person. After a brief drive, the car stopped again. Both the driver and the passenger ran away, leaving the car on the side of the road and the baby unattended. Police later recovered the vehicle and the child, who was not harmed.

The witness provided investigators with descriptions of both the driver and the passenger who was picked up. A short while later, police spotted two people who matched the descriptions of the suspects in downtown Silver Springs. The two suspects initially fled from law enforcement. A foot chase ensued, but both were caught and taken into custody.

The teens, both of whom were charged as juveniles, are facing vehicle theft and kidnapping-related offenses, according to a press release from the Montgomery County PD.

Watch video of the incident provided below as provided by the authorities: