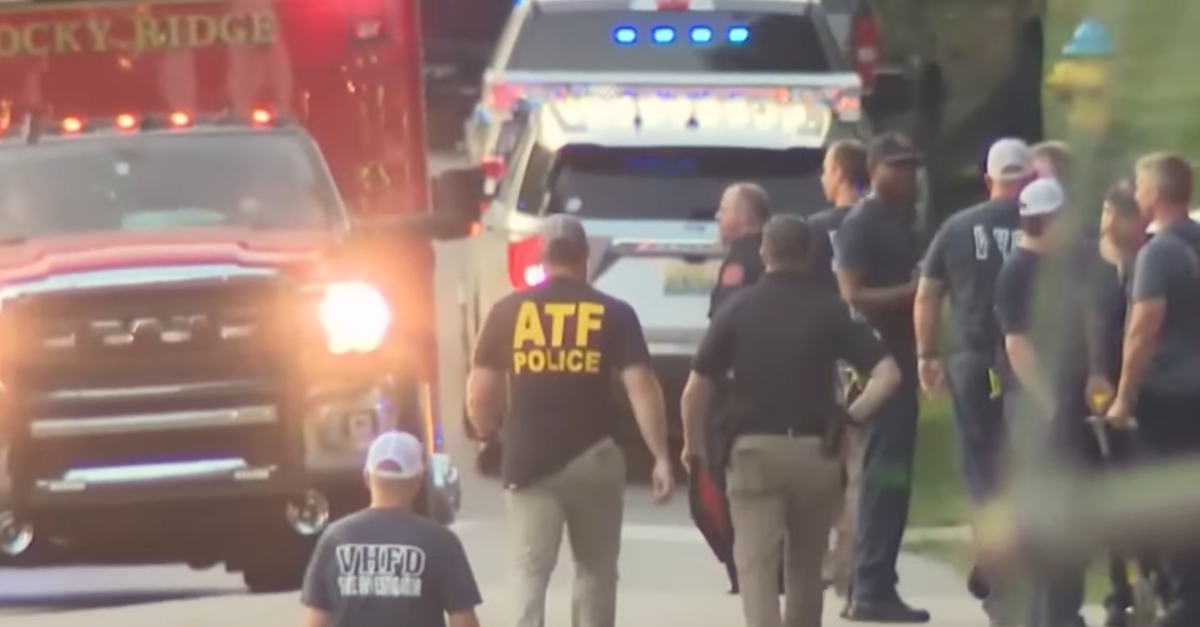 Alabama cops have identified two of three people they say were fatally shot by an “occasional” church attendee who opened fire during a pot luck dinner on Thursday.

The elderly victims were identified as Walter Rainey, 84, a resident of Irondale, Alabama, and Sarah Yeager, 75, a resident of Pelham, Alabama.  Rainey died at the scene of St. Stephen’s Episcopal Church in Vestavia Hills, Alabama, police Capt. Shane Ware said in an update on Friday.  Yeager was pronounced dead at UAB Hospital in the city of Birmingham.

Police also said that a third person who initially survived her injuries later died. Authorities have only identified her as an 84-year-old white woman from Hoover, Alabama. They did not name her, citing her family’s request for privacy.

Cops have so far identified the suspect who opened fire at the church on Thursday as a 71-year-old white man. Prosecutors will file for a capital murder case, Ware said.

“The church was hosting a small group meeting, referred to as a Boomers Pot Luck dinner,” Ware said. “Our investigation, while ongoing, has revealed that an occasional attendee of the church that I will only identify as a white male aged 71 was at the dinner. At some point he produced a concealed handgun and began shooting striking the three victims.”

Police did not suggest a motive. They credited one of the attendees with stopping the man.

“Another attendee at the event subdued the suspect and held him down until law enforcement arrived,” Ware said. “The suspect is currently in custody at the Vestavia Hills Police Department and will remain there while warrants for Capital Murder are issued by the Jefferson County District Attorney’s Office later today.”

The suspect acted alone, and “there is no threat to the community,” Ware said.

“It is with great sadness that the Vestavia Hills Police Department reports the passing of the third shooting victim from Saint Stephen’s Episcopal Church,” police said of the unidentified third victim. “An 84-year-old white female was transported, from the scene, to UAB hospital for treatment on the evening of June 16, 2022. The family of the victim askes that we do not release her name for reasons of privacy. Our thoughts and prayers continuously go out to the victims, their families and all who are affected by this tragic event.”

“Currently, we are praying for healing and safety for all of those that have been impacted and affected, and also knowing that this is a traumatic thing that has happened to our community,” Rev. Kelley Hudlow with the Episcopal Diocese of Alabama told WVTM. “Not just our church, but this community here.”

“We’re gonna need a lot of love.” Rev. Kelley Hudlow with the Episcopal Diocese of Alabama at the scene of a shooting at St. Stephen’s Episcopal Church in Vestavia Hills: https://t.co/QPHOxh4aFv pic.twitter.com/p8QwPpEioE

“I pray, especially for all of those who were at the gathering at St. Stephen’s last evening, whose lives have now forever been changed by what they witnessed and experienced,” Rev. Dr. Rebecca Bridges, associated rector of St. Stephen’s Episcopal Church, said in a remote service on Friday. “I pray that you will work your healing in them. Help us to rally around them and connect them with the support they need spiritually, emotionally, physically, mentally. Help us to pour out our love to surround, fill, and cover them with your love, Lord Christ, and ours. Help us now to support all of those who’ve been traumatized and hurt.”