This Man Allegedly Killed Woman Who Was Found Dead in Canal. He Already Spent 27 Years in Prison for 1993 Murder. 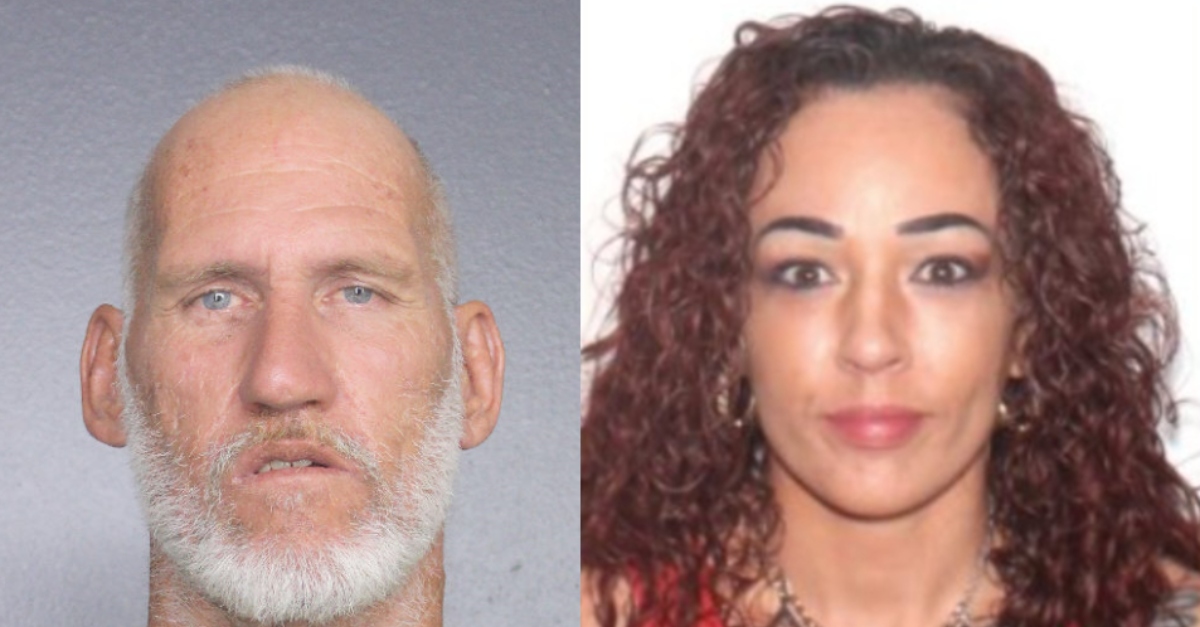 Few people convicted of murder get a second chance at living free, but police say a Florida man threw his chance away in horrifying fashion. Eric Pierson, 54, was charged Saturday for allegedly killing Erika Maria Verdecia, 33, who was found dead in a canal that same day, according to The Associated Press. Pierson, who got out of prison on Sept. 27, was convicted of second-degree murder and served 27 years of a 40-year sentence for fatally beating and strangling Kristina Whittaker, 17.

Verdecia’s mother voiced anger that Pierson was let out of prison.

“Why is this guy in the streets?” Carmen Verdecia told the South Florida Sun Sentinel. “Why? He’s going to pay this time. We’re not going to stop until we see him in the electric chair.”

Pierson also spent four years of an 18-year sentence for first-degree attempted murder for breaking into a home and slitting a woman’s throat in 1985. He was released on parole.

Erika Verdecia was last seen on the afternoon of Sept. 24, 2021, said police in Sunrise, Florida.

“Erika is the mother of a young daughter and her separation from her family is completely out of character,” officers said in a missing person’s notice dated Oct. 12 and posted to Twitter the next day. “Her family and others in our community are very concerned about her safety and well-being.”

Our detectives could still use the public’s assistance in this case, here is additional information. Please contact the Sunrise Police Dept at 954-764-4357 or Crime Stoppers at 954-493-TIPS. #MissingPerson #CrimeStoppers pic.twitter.com/4RZu1E5YVY

In their documents against Pierson, however, they reportedly said they briefly spoke with him and Verdecia during a traffic stop on Sept. 25. Verdecia was riding in his truck and did not seem in distress, officers said. Police said they spoke to Pierson again Oct. 4, and he claimed he last saw her when they made a gas stop after the traffic stop, and she walked away. Officers said, however, that surveillance footage showed them at the gas station before, not after, the traffic stop.

Officers said they spoke to him again on Friday, and he left them search his vehicle. Cops claimed to find blood inside.

Pierson’s girlfriend lived in front of a canal, and she claimed he would stare at it, police said.

“Damn that bitch stinks,” he would say. He would also say, “If they don’t find a body, they don’t have a case.”

Pierson allegedly told police he killed Verdecia on Sept. 25., the same day as the traffic stop. He stabbed her with a screwdriver four times, he allegedly said.

“Although this tragic news does not bring Erika back to her family and friends, we hope that it can bring some closure to her loved ones,” police said on Twitter. “The Sunrise Police Department thanks the public for their assistance with this case. We will continue to keep her family and friends in our thoughts and prayers during this difficult time.”

Pierson is held at the Broward County Jail for first-degree murder, and a parole violation for the second-degree murder conviction.