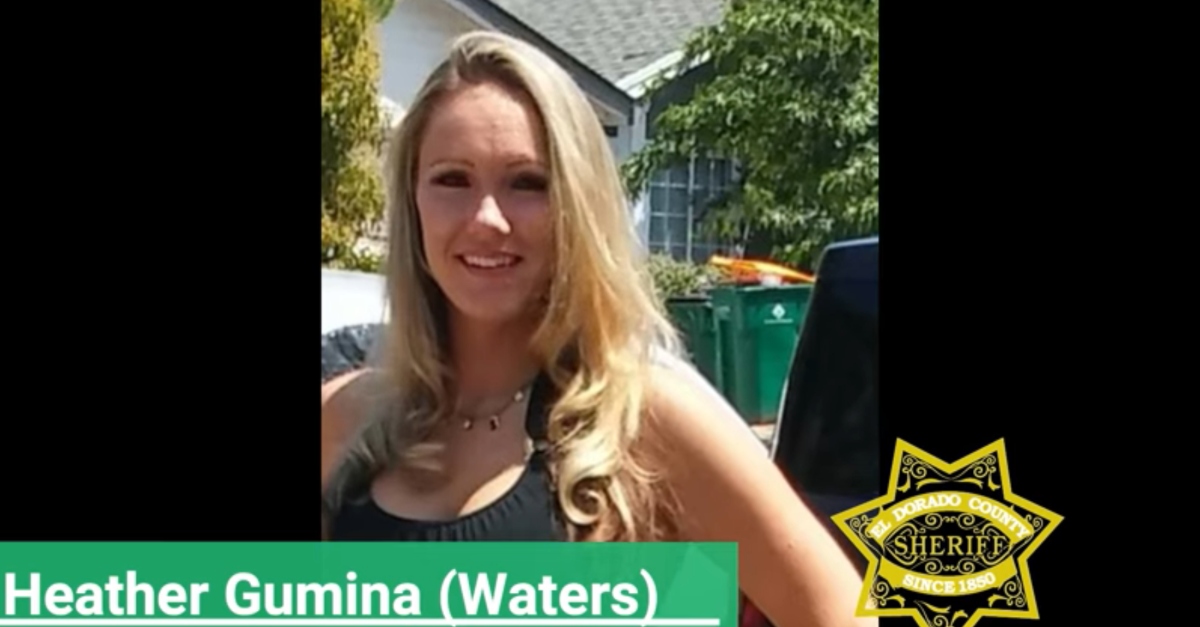 A second man was arrested in the 2019 alleged murder of California woman Heather Gumina-Waters. Justin Kremer, 40, was taken in as an accessory to the crime, said the El Dorado County Sheriff’s Office on Friday.

“At this time, no further details are being released regarding Kremer’s involvement,” they wrote after simply stating there was new evidence.

Heather’s Mother Joanna tells us they had always feared this was the case, but receiving news of her death still was not easy to hear. She & her grandkids are heartbroken. @FOX40 pic.twitter.com/rKl8I6x21W

Gumina-Waters was murdered by her husband Anthony Gumina, authorities said in 2019. At the time, they cryptically said this spouse killed Heather to stop her from testifying about a crime she witnessed.

Anthony Gumina had been accused of headbutting Gumina-Waters and tackling her while she held her 4-year-old son back in January 2019. He allegedly tried to stop her from calling 911 by kicking in a door and taking phones from her.

He would go onto break her collarbone the following July 15, authorities said. That was the day before she went missing. Gumina would go onto be arrested first for this domestic violence claim.

Jennette Waldow, who employed Heather Gumina as a waitress at Apple Bistro, told Fox 40 she’d spoken to her after the victim left the hospital.

“I called her and talked to her and she’s like, “I can still come to work.’ And I’m like, ‘You can’t come to work with a broken collarbone,'” she said.