‘The Defendant Has Learned No Lessons’: Teen Who Held Tessa Majors in Headlock During Her Murder Gets 9 Years to Life in Prison 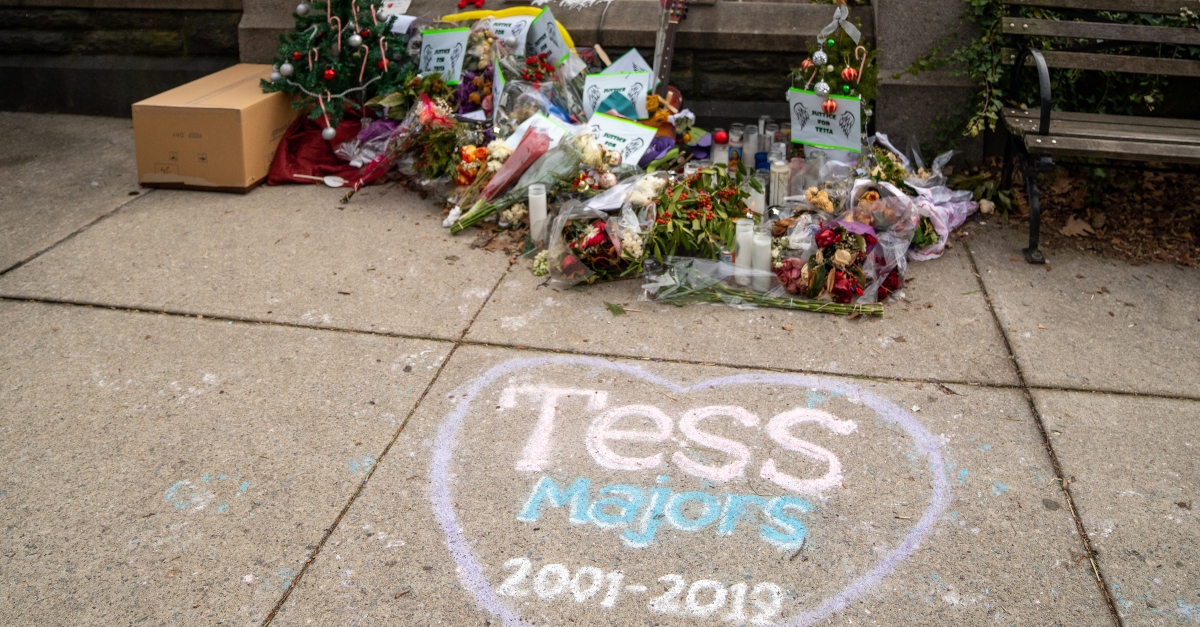 A teenage boy from New York City was handed a sentence of at least nine years in prison on Thursday for the murder of Tessa Majors.

Luchiano Lewis, 16, faces the prospect of life in prison after pleading guilty to one count each of murder in the second degree and robbery. During the trial, prosecutors said, and a jury believed, that Lewis held Majors in a headlock while another teenager stabbed her.

Majors was 18 years old and a freshman at Barnard College–a private woman’s school that is technically an adjunct of Columbia University, though it retains legal, financial and hegemonic autonomy–when she was stabbed to death in Morningside Park in December 2019.

Lewis admitted legal culpability in September of this year but stressed that he wasn’t actually the person who stabbed Majors to death–insisting he was only part of a robbery gone horribly awry.

Instead, the teenager put the blame for the deadly violence on his co-defendant, 16-year-old Rashaun Weaver.

“I assumed Rashaun had a knife on him, but using a knife was not part of our plan,” Lewis went on–adding that when she was attacked, Majors screamed: “Are you seriously trying to rob me?” before shouting “coward” at him.

Judge Robert Mandelbaum called the case “tragic and senseless” and noted that Majors was “cut down before she even had a chance to live,” according to courtroom reporting by WNBC’s Myles N. Miller.

In a video shown by prosecutors, Majors is seen being stabbed in the heart before she falls face down on a park sidewalk.

“This is not an aberration,” the judge added–referring to an alleged attack that Lewis took part in while in a youth lockup facility on July 4 of this year. “The defendant has learned no lessons from his experience in this case.”

In an allocution, however, Lewis expressed some remorse.

“I don’t come here before you today as a boy, but as a human,” he said. “I am here today to accept my penalty. Dad, I’m sorry that I failed you.”

A victim impact statement from the Majors family was read aloud during the proceedings as well.

“On December 11, 2019, the hopes and dreams of our daughter Tessa came to an end,” the statement said. “Our hearts ache as we watch Tessa’s friends return to school, perform at concerts, start new jobs, and experience things our family never will.”

Majors was a journalism student who played bass in a band. A dream for many performers, she had just played her first show in New York City a little over two months before she was gone forever.

The killing scandalized the community and broader city. Coverage of Majors’ death became a flashpoint for various political causes and persuasions due to a number of factors–including the decidedly young age of her attackers as well as the attention given the story in light of the Big Apple’s consistent decrease in crime in preceding years.

Complicating matters further, Ed Mullins, the recently retired head of one New York City’s largest police unions, the Sergeants Benevolent Association, appeared to blame Majors for her own death by saying she was trying to buy marijuana in the park.

Mullins claimed his words were “twisted.”

Weaver’s trial date is scheduled to be set next week, according to The New York Times. He has pleaded not guilty to charges of murder and robbery.