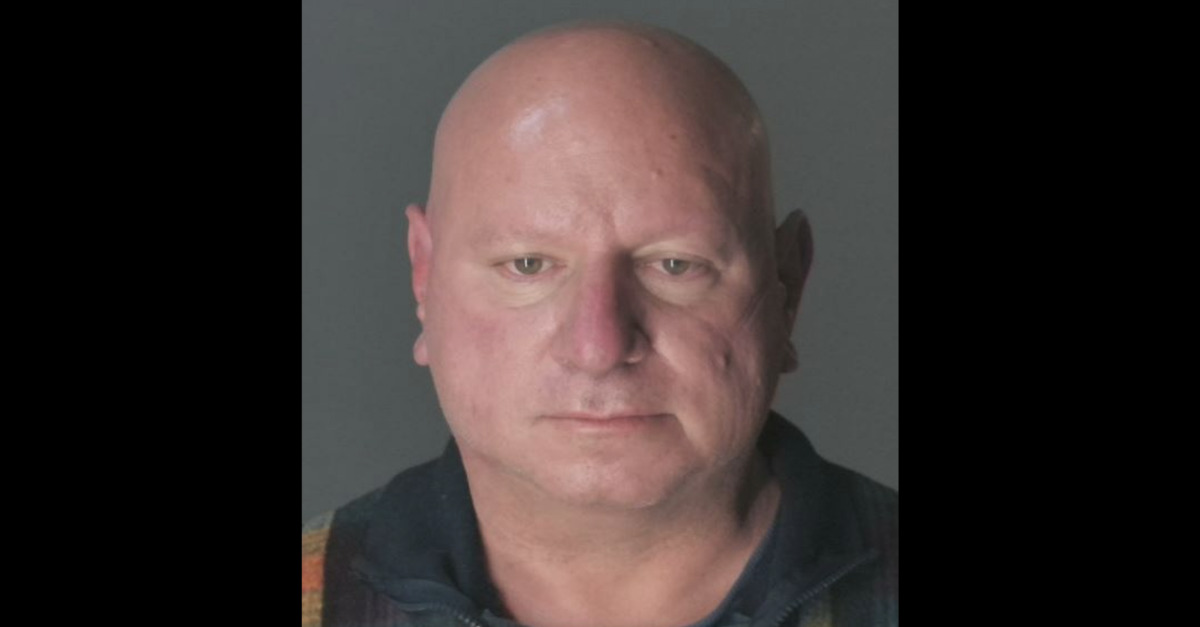 A California middle school teacher was arrested on Friday for allegedly sexually abusing one of his former students over a period of six years. Joseph Michael Nardella, 53, stands accused of one count of continuous sexual abuse of a minor under the age of 14.

According to an arrest report issued by the San Bernardino County Sheriff’s Department, the investigation in the case was extremely fast. A criminal complaint was filed by the unnamed 18-year-old alleged victim on Tuesday, Jan. 13, 2022, and investigators with the SBCD’s Specialized Investigations Division, Crimes Against Children Detail began looking into the defendant that very same day.

According to the former student, Nardella sexually abused him when he was between the ages of 12 and 17 years old.

“The suspect was a teacher at Clement Middle School in Redlands during the time the victim was a student at the school,” the SBCD’s report says. “Nardella has been placed on administrative leave by the school district.”

The middle school’s website currently contains the following biography, featuring an image of the defendant’s feet, still active as of this writing:

I have been teaching at Clement Middle School since its inception in 1997. I teach both World History in 7th Grade and US History in 8th Grade. I have been the Social Studies department chair for 15 years, and run the lunchtime Intramural Sports Program. I was born in Chicago (go Cubs!) and attended schools in Redlands growing up. I am the youngest of 11 children, and I love traveling, old movies, food, and good conversation.  (<— That’s me standing 103 floors above the ground on the Sears/Willis Tower, Chicago.)

According to local news outlets The Sun and the Daily Bulletin, the Redlands Unified School District has been gripped by sexual abuse scandals over the course of the past decade. To date, the district has paid in excess of $41 million to settle lawsuits filed by former students who said they were sexually abused by the district’s teachers.

Attorney Morgan Stewart, based out of Irvine, Calif., has represented the victims of another Clement teacher who was convicted of sexually abusing several students from 1999 to 2001. That teacher, Sean Ramiro Lopez, was sentenced to 74 years in prison in 2006. A 2021 civil lawsuit concerning those crimes was settled for $11 million.

Stewart also represents Nardella’s alleged victim. He has promised to file a civil lawsuit against Nardella and the school district sometime next week.

“This arrest is unsurprising given the climate of cover-up that existed at Clement Middle School,” Stewart told The Sun‘s Joe Nelson.

Law&Crime reached out to the school district for comment on this story but no response was immediately forthcoming at the time of publication.

According to the attorney, some of the defendant’s abuse occurred on campus, but the majority of it happened at the teacher’s home.

“We are proud of this young man coming forward and reporting this abuse,” Stewart added.

Authorities say they have specifically released Nardella’s booking photo “as it is believed there may be additional victims.”  The defendant is currently being detained in the Central Detention Center in San Bernardino on $350,000 bail.