Gloria Ann Jordan Killed Roommate by Sitting on Her: Cops

Texas Woman Killed Roommate by Sitting on Her in ‘Prayer Position,’ Cops Say 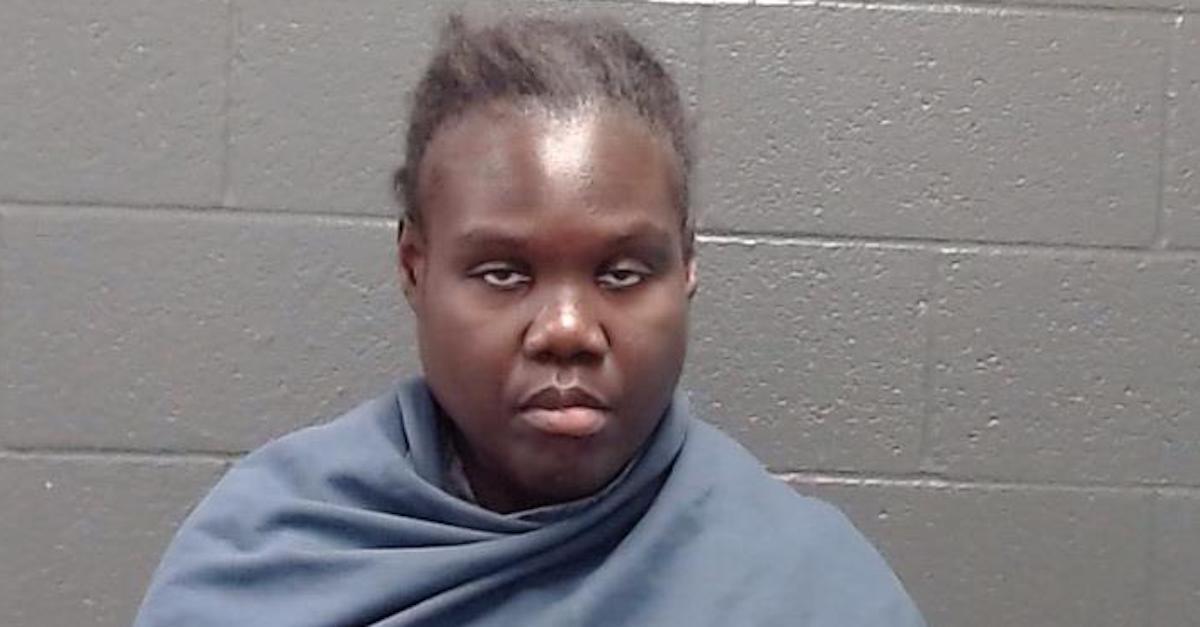 A woman in Texas was arrested this week after she allegedly killed one of her roommates by sitting on her until she suffocated. Gloria Ann Jordan, 41, was taken into custody on Tuesday and charged with one count of manslaughter, jail records reviewed by Law&Crime say.

Officers with the Wichita Falls Police Department on Nov. 21, 2021 responded to a call about an unresponsive woman at a home located in the 1100 block of Las Cruces Lane, Wichita Falls CBS/CW affiliate KAUZ-TV reported. The home was shared reportedly by Jordan, Gloria Farmer, and a third roommate whose name was not disclosed.

Upon arriving at the scene in November, first responders discovered Farmer’s body, and it was initially concluded that her death was medical in nature, KAUZ reported. It wasn’t until a family friend of Farmer’s reportedly went to police and reported “concerns” with the circumstances of her death that a follow-up investigation was ordered. The report did not detail what concerned the family friend.

Investigators began by questioning Farmer and Jordan’s roommate for a second time. During the second interview, the roommate reportedly admitted that Jordan may have killed Farmer by sitting on her. She reportedly told police that she failed to mention anything during the initial interview because she feared Jordan.

Per the report, the roommate told police that Farmer was sitting in an office chair when Jordan put her hand on Farmer’s forehead and pushed backwards, tipping her and the chair over backwards and onto the floor. The roommate reportedly said that Jordan was praying when she pushed Farmer over.

Farmer was reportedly on her back and on the floor when the 170-pound Jordan allegedly sat on her chest, straddling her body. Farmer repeatedly told Jordan to get off because she couldn’t breathe, the roommate reportedly told police, but Jordan refused. The roommate reportedly said she tried to held Farmer but was unable to move Jordan, who sat on Farmer’s chest until the victim stopped breathing.

A medical examiner conducted an autopsy and determined that Farmer’s manner of death was homicide and the cause of death was mechanical asphyxiation.

Investigators on Nov. 24 questioned Jordan for a second time. During the interview, Jordan allegedly said that she tipped Farmer over in the office chair and admitted to straddling her body in a “prayer position.” She said she had her hands on Farmer’s forehead during the incident but then refused to respond to any additional questions, according to the report.

Officers with the Burkburnett Police Department, which is about 20 miles north of Wichita Falls, took Jordan into custody Tuesday. She is currently being held in the Wichita County Jail. A judge set her bond at $150,000, online jail records show.

Those records also show that Jordan was arrested on Nov. 26 and charged with assault causing bodily injury in a family violence incident. She was released two days later after posting a surety bond of $2,500. Per KAUZ, Jordan allegedly became violent after a woman refused to drive her to Dallas — approximately 140 miles southeast of Wichita Falls — because Jordan would not agree to pay for gas. Jordan allegedly slammed the woman’s head into a wall several times and shouted, “I rebuke you in the name of the Lord.”