Texas Man Charged with Murder After Father of 2 Gunned Down Outside Chuck E. Cheese on Daughter’s Birthday 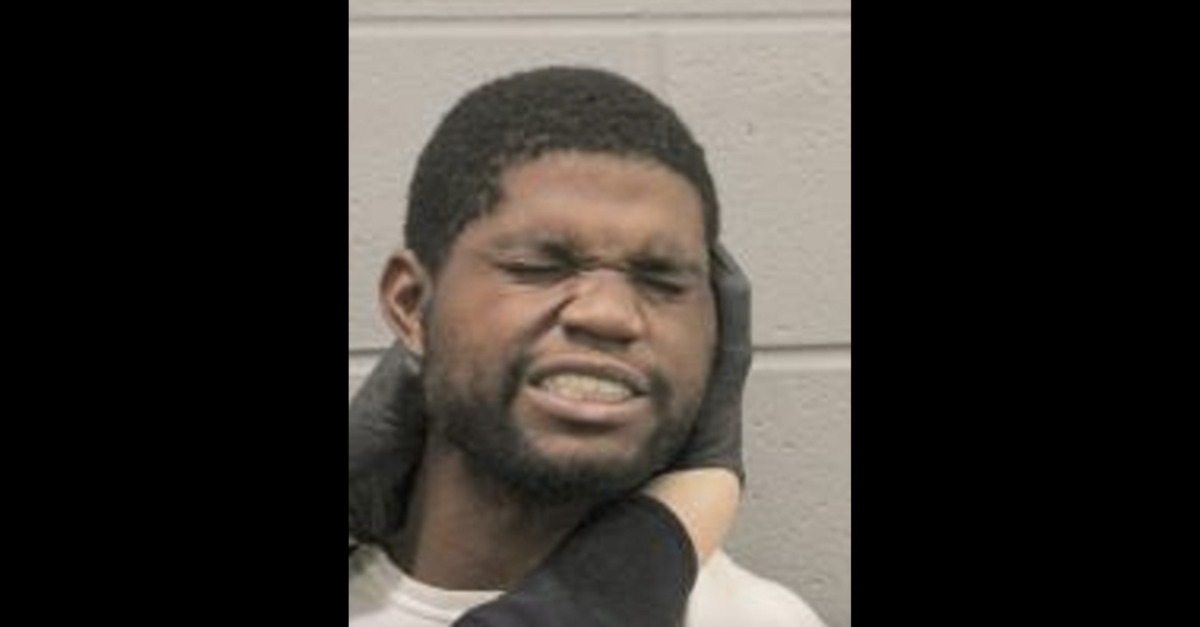 A Texas man has been arrested in connection with the shooting death of a father outside of a Chuck E. Cheese in the Houston suburbs.

Antoine Daniel Badon, 27, stands accused of one count of murder over the slaying of 24-year-old Calogero Dueñes, who was shot and killed outside of the popular family entertainment center and pizza restaurant chain on Dec. 31, 2021 in Humble, Texas.

According to jail records reviewed by Law&Crime, the defendant was charged with the murder on Saturday after previously being arrested and charged over two separate violent incidents earlier this month.

On Jan. 5, 2022, Badon was charged with aggravated assault with a deadly weapon. Police from Humble say the assault charge was based on a Jan. 2, 2022, incident, in which the defendant shot a different man and then shot towards yet another outside of the Wilson Food Mart in the small, Texas town. Court records obtained by local ABC affiliate KTRK allege the same gun was later used to allegedly kill Dueñes with.

On Jan. 6, 2022, Badon was charged with assaulting a household member and finally arrested. Bond was set at $75,000 apiece for each of the assault charges, but the defendant languished in the Harris County Jail as the investigation into the Dueñes murder continued. Badon was easily found by authorities, as they came to believe he was the suspect in that horrific incident outside of the U.S. pizza and entertainment chain.

The father of two was killed on New Year’s Eve, as they were just about to celebrate his 6-year-old daughter’s birthday. Both the birthday girl and her younger 3-year-old sister already had gone inside the restaurant with their mother when the unthinkable occurred. Their father was bringing up the rear and hauling the birthday cake inside when he was shot.

“I saw him,” the deceased man’s widow Amber Uresti told KTRK earlier this month. “I saw him walking towards us. I told the lady my husband was on his way. I pointed at him, and the instant I turned around, he came running in through the door and he kept saying, ‘I got shot! I got shot!’ He picked up his shirt and ran outside. I ran out after him. My 6-year-old saw him fall on the ground.”

“I can still hear my husband screaming in the back of my head,” the grieving mother continued. “My 3-year-old constantly says, ‘I miss my daddy.’ My 6-year-old will sit in the back of the seat at times, and she’s in a little ball, curled, crying.”

According to law enforcement, surveillance footage shows a vehicle driving the wrong way through the parking lot–a car now alleged to have been driven by Badon–narrowly avoiding hitting the father. Words were then exchanged, the footage allegedly shows, followed by the fatal shooting. Witnesses later told police that they heard three gunshots ring out on that tragic day.

Uresti says the arrest is a small comfort.

“It’s still hard, but I’m glad that he’s not, right now, in the community,” she told the outlet. “I hope and pray that they don’t release him. I’m trying super hard for my kids, and they’re the only thing that are keeping me going right now.”