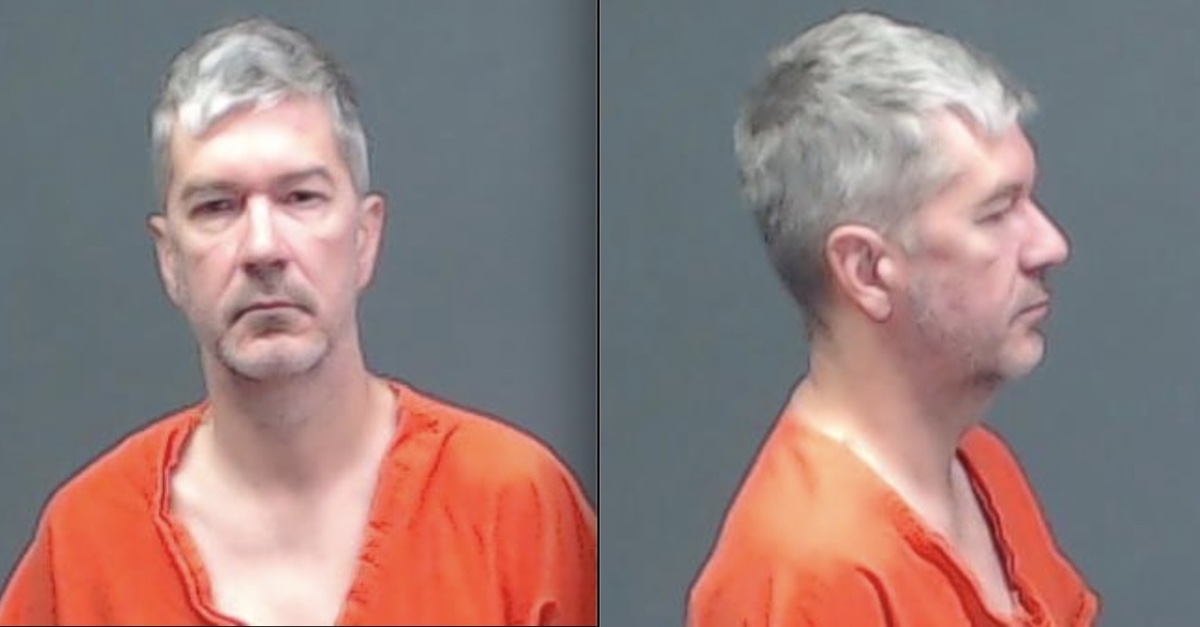 Brandon Neil Sams is accused of grooming a minor student, giving him expensive gifts, and carrying on an illegal sexual relationship with the boy, court records reviewed by Law&Crime show.

In a previously sealed complaint, federal authorities in the Eastern District of Texas charged Sams with one count each of coercion and enticement of a minor and obstruction of justice. The charges were announced on Oct. 7. Next, state authorities in Bowie County on Friday charged Sams with one count each of evading arrest in a vehicle, a third-degree felony, as well as tampering with evidence and improper relationship between an educator and a student, both second-degree felonies.

“According to the complaint and information presented in court, from March 2022 through September 2022, Sams, while serving as a band instructor at Texas High School, allegedly attempted to entice or persuade a minor to engage in sexual activity,” the U.S. Attorney’s Office for the Eastern District of Texas said in a press release. “On Sep. 26, 2022, Sams allegedly attempted to obstruct or conceal information from law enforcement.”

According to the report, police say the boy’s parents on Sept. 26 went to administrators at Texas High School and reported their belief that Sams was “grooming” their son for a sexual relationship. Administrators then contacted the police, prompting an investigation.

The parents reportedly provided investigators with a credit card, a debit card, and a computer that they claimed Sams had given their son. They also reportedly showed police text messages between their son and Sams through WhatsApp in which Sams allegedly “speaks of ‘gay for pay'” with the boy, with the laptop being provided “in exchange for a sexually graphic photo.”

Police say that when they asked Sams if they could examine his phone he became “visibly nervous.” He then reportedly left the building while another officer was attempting to get a search warrant for the device. An officer reportedly caught up with him in the parking lot and told him he had to stay in the building. In response, Sams allegedly fled the scene.

“Sams allegedly told Arkansas-side detectives that he had thrown his phone out the passenger-side window of his car while traveling on Interstate 30,” the report said. “Officers with a K9 unit searched the area but were unable to find the phone. TAPD officers acquired a warrant for Sams’ home but were unable to locate the device there either.”

Sams faces a potential sentence of 10 years to life in prison on the federal charges. The Bowie County charges carry a maximum penalty of up to 20 years.