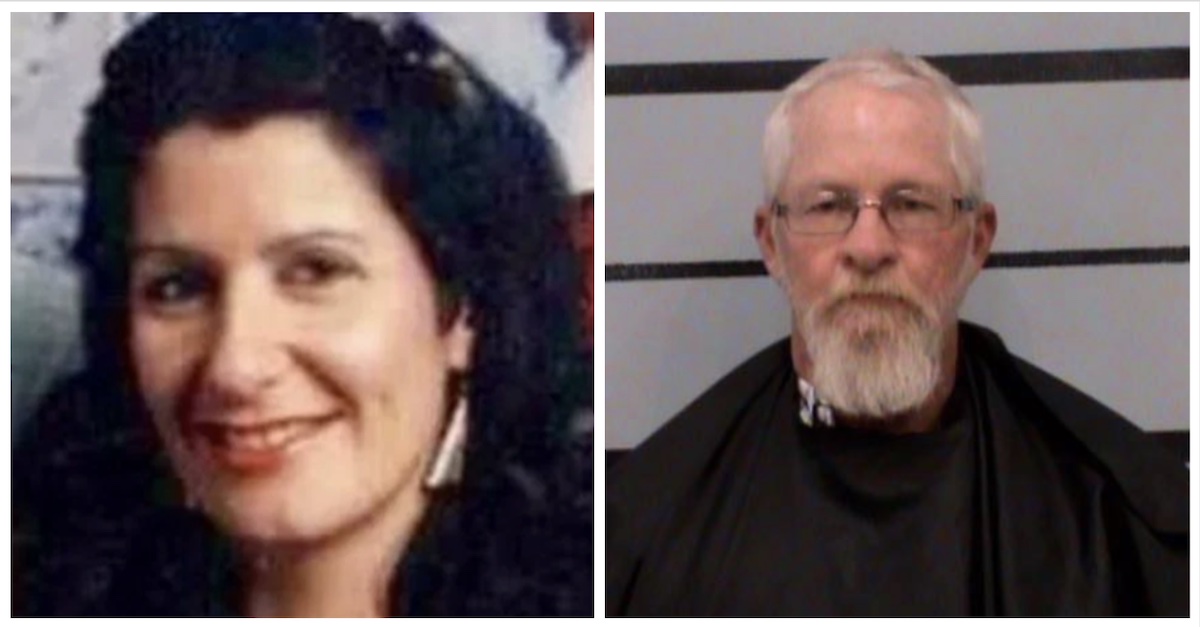 The “Lady in Lake” murder case now has a suspect under indictment almost 15 years after 46-year-old victim Holly Marie Simmons disappeared from her Buchanan Dam, Texas home, where she lived with her two daughters. That suspect is Simmons’ former landlord Jimmy Don Wolfenbarger, who reportedly lived nearby in an RV park at the time the victim went missing.

The 57-year-old was indicted in early May and turned himself in to authorities in Lubbock County on May 12, according to a statement from the Llano County Sheriff’s Office. The “Lady in the Lake” case name stems from the discovery of Simmons’ body in Inks Lake in 2009, three years after she was reported missing. Simmons, a mother of four and nursing technician, dropped off her then-17-year-old daughter at a school bus stop on November 28, 2006. That was the last time she was seen alive.

Llano County Sheriff’s Office noted in a press release that recreational divers discovered remains at the bottom of Inks Lake on July 7, 2009.

“The Llano County Sheriff’s Office, Texas Rangers, and LCRA Law Enforcement personnel responded to a call of possible human remains in Inks Lake. Recreational divers discovered the remains at the bottom of the lake, under the Hwy 29 Bridge, close the center of the lake,” the sheriff’s office said.

Two days later, Texas authorities confirmed the discovery of human remains. It was not until Sept. 1 of 2009 that the human remains were identified through dental records as belonging to Simmons. Authorities determined that Simmons’ death was a homicide. KXAN reported that Wolfenbarger is suspected of strangling Simmons.

Authorities said that Wolfenbarger was indicted on May 3 and turned himself in on May 12, but was released from Lubbock County Jail after posting $2 million bond.

“Wolfenbarger was ordered to turn over his passport,” the sheriff’s office said.

Simmons’ surviving sister and brother spoke to KXAN after news of the indictment broke.

Deb Sherwood said authorities told the family for the last 15 years that Wolfenbarger was the “main suspect.”

Simmons’ brother Paul Wishman was outraged that Wolfenbarger bonded out of jail.

“I don’t think he should have ever been able to have bond. He should be behind bars,” he said. “Hopefully he doesn’t get away, and hopefully they’ve got a good case, and justice will be served for her, her kids, her grandkids and the rest of the family.”

The Justice for Holly Simmons page on Facebook, run by Simmons’ family members, posted a message from Simmons’ children on Thursday:

Hello everyone! The children want to let everyone know!!!

This is not easy as we write this … Between the anger and pain; and finally being able to take a breath ! We as siblings can finally say we are getting justice for our mother!!! At this time we are really just not wanting to talk to anyone! This has opened a lot of wounds. It has been a long time coming. We love each and every one of y’all, and we thank you for the prayers. But please allow us to take this time and process what just has happened and process this as we are still in shock of the amazing work that taken place, to finally make an arrest!! This was our Mother, and we loved her very much! We miss her daily! #justiceforholly