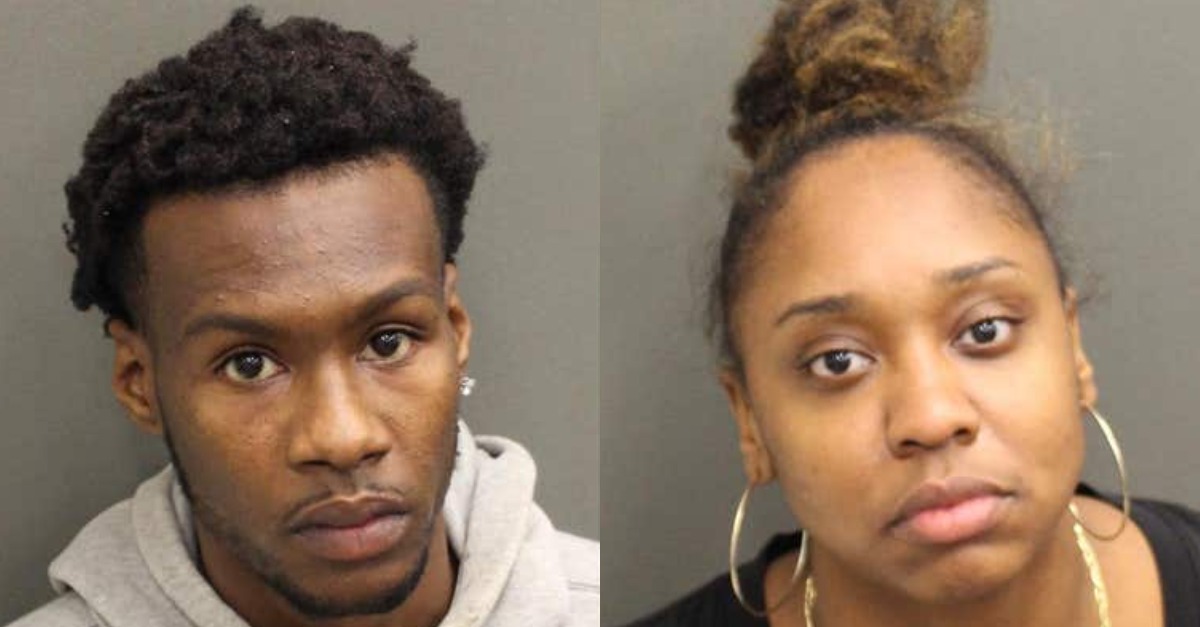 A Florida man and woman have been arrested in connection with the death of a 78-year-old man who was shot and killed in front of a CVS Pharmacy in Orlando over the weekend.

Javonne White, 19, and Jasmine Munro, 25, stand accused of murder in the first degree and carjacking with a firearm over the Jan. 30, 2022 death of Uken Cummings, a grandfather ten times over who was picking up a prescription when he was killed, according to his family.

“He was a hard-working man, he was retired,” the victim’s son, who asked not to be identified, told local NBC affiliate WESH. “He was a father, a brother, a grandfather. He didn’t deserve this at all.”

This is 78-year-old Uken Lloyd Cummings. He was brutally murdered 1/30 in a parking lot on Silver Star Road during a carjacking. Our hearts go out to his loved ones, and we are imploring anyone with information to reach out to @CrimelineFL at 800-423-8477. pic.twitter.com/JnoSpZxur7

“We’re people who don’t bother anybody, I don’t understand how any of this happened,” the grieving son continued. “It’s bad, man. And I know for people, the elderly like that, it makes them not want to come out at all, and that’s no way to live. It’s senseless.”

Authorities believe there was at least one other person involved in the brutal carjacking that left Cummings dead that tragic Sunday.

“We are not releasing additional information, including the vehicle or suspect description,” the sheriff’s office initially said after the slaying. But since then, law enforcement has taken a much different tone.

“To the senseless killers who senselessly ripped this man from his family, we’re coming for you,” Orange County Sheriff John Mina said–also referring to the suspects as “heartless murderers.”

According to law enforcement, Cummings had just picked up his medication and was on his way back to his car when he was confronted by two people who shot him in broad daylight and then stole his vehicle. As they left the scene of the crime in the stolen car, they also ran over the elderly man — twice — police said.

Sheriff’s officials allege the “brazen” suspects backed the car over the victim once and then ran him over again as they left.

“Mr. Cummings was returning to his vehicle when he was confronted by two individuals who shot him and took the keys to his vehicle,” Mina elaborated in comments to local Fox affiliate WOFL. “They backed up over him and ran over him again as they were fleeing the scene.”

“It’s just shocking for all us to know that our father will never return home again,” the victim’s daughter told local CBS affiliate WKMG. “He didn’t deserve this and I want the killer to be caught and justice to be served.”

Cummings had just recently lost his wife when he died.

“It’s hard. It’s hard,” the daughter continued. “We’re still mourning over the loss of our mother.”

White and Munro were arrested during the early morning hours on Thursday. They are currently being detained without bond and are expected to be arraigned in court on Thursday afternoon.

The Orange County Sheriff’s Office did not release details about the arrest but provided video of a traditional “perp walk” via Twitter:

ARRESTED: Javonne White and Jasmine Munro, for the 1/30 murder of 78-year-old Uken Cummings. Thanks to the unrelenting work of detectives and deputies, both are charged with First Degree Murder and Carjacking. pic.twitter.com/DqcnYYEH7D