Teenage Boy Ran Over and Killed Brother in Florida: Authorities

Teenage Boy Allegedly Ran Over His 1-Year-Old Brother in Driveway, Killing Him 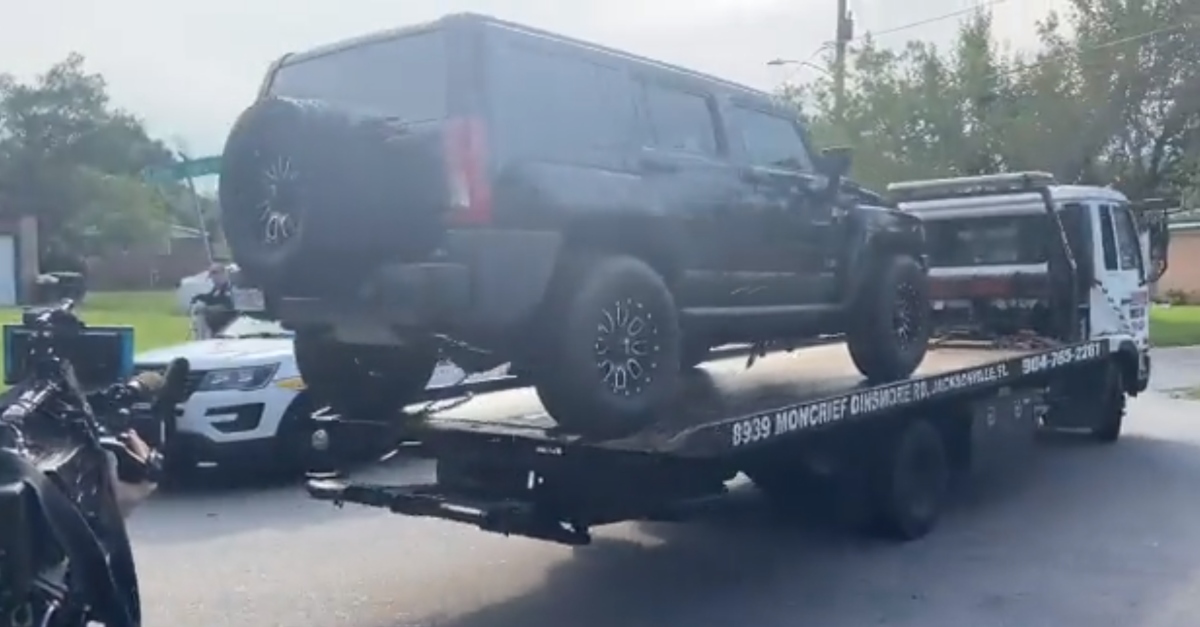 The vehicle in question.

A young boy died in a harrowing incident out of Jacksonville, Florida. His older brother allegedly ran over him in a driveway, killing him.

There are no reported charges yet, though local detectives claim the adults involved had not fully cooperated in the investigation, according to WJAX.

Neighbors tell me the child was driving this black SUV. It was towed from the scene just minutes ago. @ActionNewsJax pic.twitter.com/uiazDoKnI9

According to investigators, the driver, an unlicensed teenager boy, was moving a vehicle in the driveway in the Sherwood Forest neighborhood. He ran over his little brother, who died at the hospital, authorities said.

The children involved were not identified, nor were their ages officially released. This is described as a family of five, with three children.

Neighbors said the child who died was just a year old.

Neighbor Maefred Haynes described this incident as an accident. The teenage boy sometimes moved the vehicle only in the driveway, she said.

“I just feel so sorry for the entire family and prayers and everything will go out to them,” she said. “It’s tragic and it’s an accident. It’s unfortunately an accident. But you have to remember that son will remember that forever.”

Another neighbor attempted to stop the incident by calling out to the driver, but the older brother did not hear, she told WJXT.

“Young man had saw it and was hollering at him in the car to stop, ‘You know your brother’s behind you,’ and he didn’t hear him,” she said. “He ran over to try to do CPR.”

“They are like an all-American family,” she said. “They’ll be out there in the front yard. They’ll have their blowup pool. All the kids are always out there playing basketball or something.”

The investigation is reportedly ongoing, and includes the Department of Children and Families. It was unclear if the parents were home when the fatal incident happened, authorities said.