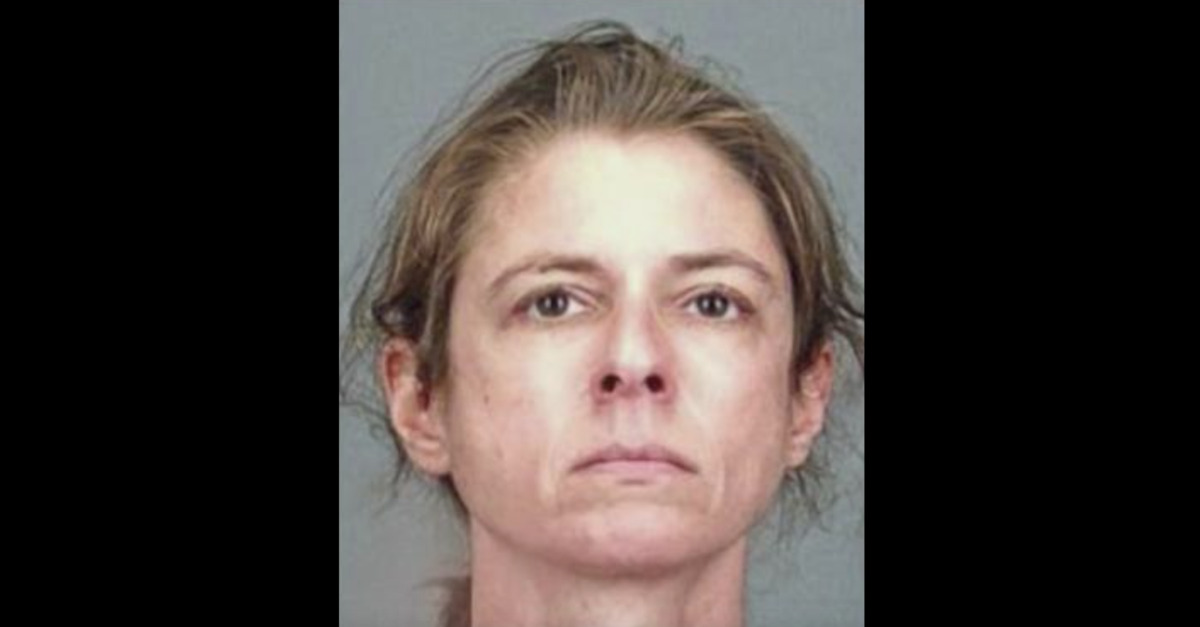 On July 4, an argument between spouses ended with the husband dead–the result of a car crash authorities say was intentional.

“Are you ready to die?” Jennie Clark, 42, allegedly asked her family as she threatened to slam their minivan into a tree while she drove them back home just after midnight that Sunday. “Do you want to die?”

Traveling westbound on Colby Street in Ogden, N.Y., the minivan briefly veered into oncoming traffic before a high-speed allision with a utility pole. A section of the pole careened into the vehicle and struck the driver’s husband and front seat passenger Matthew Clark, 43.

He died instantly. Prosecutors allege that he was killed intentionally.

“It’s important to note that this was not an accident,” Monroe County Assistant District Attorney Amanda Balling said during an arraignment on Thursday. “It was an intentional crash, a deliberate act, and that is why the grand jury has charged her with depraved indifference to human life, an utter disregard, a cold and callous act.”

Jennie Clark stands accused of myriad crimes–including murder in the second degree as well as vehicular manslaughter, reckless endangerment, aggravated driving while intoxicated with a child passenger, and driving while ability impaired by drugs, to name a few.

According to local ABC affiliate WHAM, the defendant pleaded not guilty to all of the charges against her after being indicted.

Court documents reviewed by the Rochester Democrat & Chronicle allege that Jennie Clark was “driving at a high rate of speed, in an intoxicated condition and while having an argument with her husband.” After an initial criminal information, the allegedly self-made widow was handed numerous additional charges by a grand jury.

The couple’s three children–all of whom are under the age of 15–were sitting in the backseats of the minivan when their mother crashed. They are all unharmed. But at least one of the children is likely to prove instrumental in the state’s case against their mother.

Attorneys on both sides here are scandalized by the evidence against the defendant–chiefly an iPhone video recorded by one of the Clark daughters where the accused mom, in the midst of the voluble argument, allegedly asks her family if they are “willing to die.”

“It’s a tragedy that was 100 percent avoidable and within a matter of minutes, three children’s lives were changed forever,” Balling told local CBS affiliate WROC. “I have had cases similar to this where parents have acted in a manner that’s incredibly dangerous to their children and our job and the district attorney’s office is to do everything we can to make sure that those people that hurt children are held accountable.”

Clark’s defense attorney has admitted the video evidence against his client is likely to prove formidable in the prosecution’s case-in-chief.

“Yes there is a video–whether or not that video will be admissible at the trial of this case remains to be seen,” Joe D’Amelio told local NBC affiliate WHEC. “I think it’s a horrible set of circumstances it’s a terrible optic. It’s something that we’re going to have to deal with…sometimes people say things that they don’t mean and then when they turn out a certain way you know, I’ve seen it.”

“It’s the first time I’ve seen a murder 2 charged in a vehicular homicide for sure. And we see it more and more now over the last few years, videos, especially telephone audios and videos,” the defense attorney added in comments to WROC. He also called the video “alarming.”

First responders during the early morning hours of the national holiday found a viscerally disturbing scene–beyond the gruesome.

Jennie Clark was “crying” and “staggering,” according to the Ogden Police Department. Tell-tale in the matter, authorities allege, the woman’s speech was “slurred” and “mumbling.”

Police Chief Chris Mears explained quickly thereafter that the defendant was charged with murder for actions that showcased a “depraved indifference to human life.”

The mother of three has since been barred from contacting her children in any way, shape or form.

The protective order–which bars in-person, telephone-based, third-party or electronic communication–will remain in place for a year.