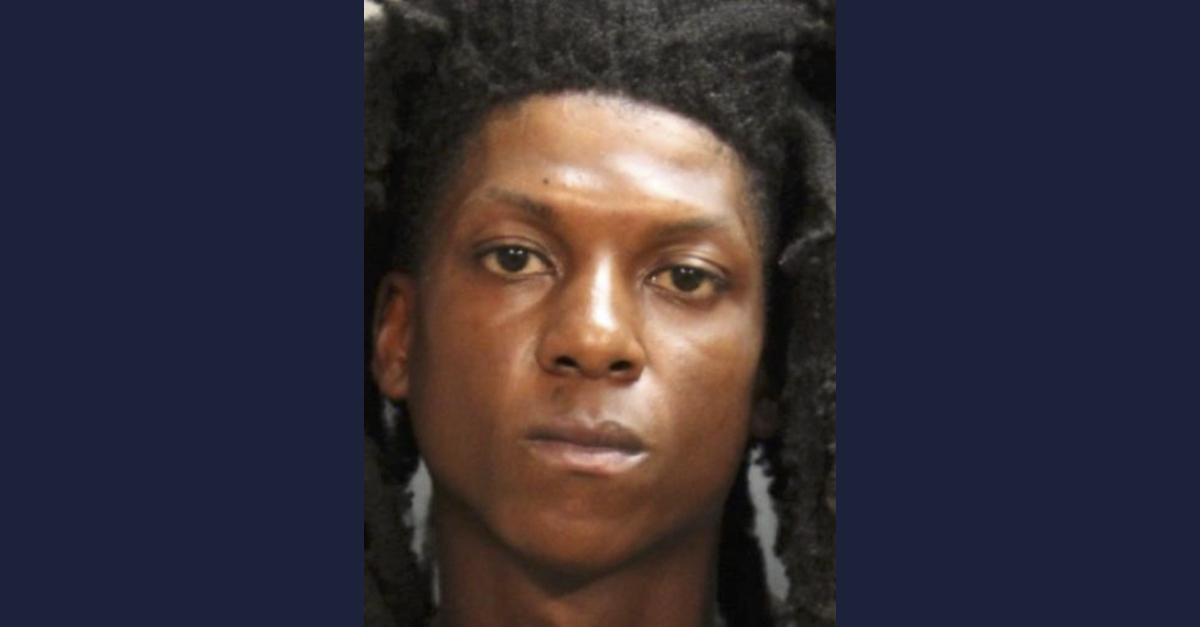 A Florida man has been arrested in connection with the death of his girlfriend whose body was found in a lake earlier this month.

Dedric Jaquan Rashan Wesley, 26, stands accused of murder in the second degree (without premeditation) over the death of 24-year-old Beverly Febres, according to the Jacksonville Sheriff’s Office.

The deceased woman was found by a pedestrian walking their dog in San Marco, Fla. during the mid-morning hours on July 13, 2022.

That dog walker made a sad discovery in Marco Lake: a woman’s body floating on the water near an inlet of the St. Johns River, according to law enforcement cited by Jacksonville television station WJXT.

Febres had been shot twice in the head.

“I saw something, and it appears to be [redacted] body,” the person said in a 911 call. “And there also does appear to be some [redacted] on the street, so, I don’t know. It just does not look good.”

Before making an identification, however, police were reportedly already sure that foul play had occurred.

But the investigation was quickly helped along by a tattoo on one of the victim’s arms, according to an arrest warrant obtained by WTLV and WJXX, the respective Jacksonville, Fla. NBC and ABC affiliates who broadcast collectively as First Coast News.

Six days after the woman’s body was discovered, police found her car in a vacant lot some six miles away from the lake, according to Jacksonville CBS and Fox affiliates WJAX and WFOX, who broadcast as Action News Jax. A spent 9mm casing was found inside the car as well that is said to match bullet fragments found inside Febres’ body.

The passenger seat of her car was reportedly “covered in blood.”

According to the warrant obtained by WTLV, Febres’ family told detectives that Wesley was recently attempting to buy a new iPhone. Police followed up, they say, and the manager of a T-Mobile store said the defendant indicated “his girlfriend went crazy and stole his phone.” The defendant allegedly added that he wanted to suspend his account so that his girlfriend wouldn’t receive his communications.

According to WJXT, the victim’s family did not know Wesley but had heard about him through her friends. There were reportedly no allegations of domestic violence prior to the alleged murder.

Febres leaves behind a 1-year-old and 3-year-old child. Her alleged killer is not the father, the victim’s family reportedly said.

“Her life was taken from her at the age of 24 and she leaves behind two handsome little boys who she loved more than anything in this world,” Nadya Febres reportedly wrote in a GoFundMe that has since stopped accepting donations.

“Very funny, very lovely mother, lovely sister, very lovely daughter,” family friend Julian Buonomo told WJXT of the deceased mother of two. “You couldn’t have a serious conversation because she would make a joke out of everything. That’s how I want to remember her.”

“She was a hard worker always looking for the best for her family, the whole family,” the grieving friend continued. “Everything she did for her kids.”

The defendant recently appeared in court and was assessed a $500,003 bond, according to jail records. His next court date is currently slated for Aug. 18, 2022.