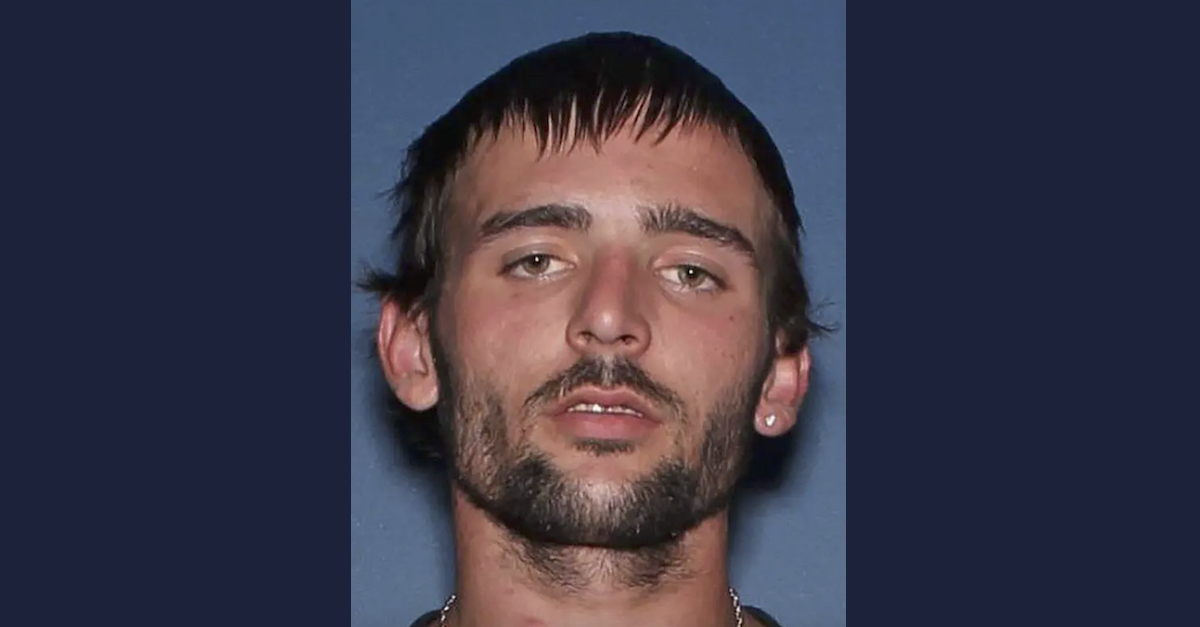 A man and woman wanted in connection with murders in two states were found dead by authorities late last week in an Arizona desert. Two additional suspects were arrested and face related charges.

Hunter McGuire, 26, and his girlfriend, Samantha Branek, 32, were discovered a few miles southeast of Kingman, Ariz. on Oct. 21, 2022. Each had a lone gunshot wound to the head, according to the Mohave County Sheriff’s Office. McGuire’s wound is believed to have been self-inflicted and he was found with a rifle on his chest; law enforcement is currently unsure whether Branek shot herself or was killed by her boyfriend as the two tried to elude a state helicopter.

The careening case began last Wednesday when the Las Vegas Metropolitan Police Department contacted Mojave County sheriff’s deputies to identify the deceased couple as suspects in a murder that happened on Monday. The MCSO says that LVMPD officers initially came to suspect the pair when Branek was allegedly “observed on video as pawning evidence of the murder the same day.”

Believed to be on the lam in a silver Hyundai with Arizona plates, an arrest warrant for murder was issued against both McGuire and Branek and the search began in earnest. Soon enough, the sheriff’s office said in a press release, their own detectives linked McGuire to a separate double murder that occurred in late June of this year.

The second case is said to involve someone known as the “Gold Lady” and “her male companion” and occurred in Kingman, Ariz.

The identity of the victim in the Monday slaying has yet to be released but police have identified her as a woman who was shot to death after a dispute with someone who was living with her temporarily, according to Henderson, Nev.-based Fox affiliate KVVU.

A series of related incidents piled up fast. Late Wednesday afternoon, MCSO deputies responded to reports of a possible homicide – this time in Arizona. There, a man was found dead “behind a vehicle.” That man was later identified as 35-year-old Martin Eric Nelson, Jr.

After their own detectives assumed the investigation, the MCSO said, “a male subject walked up from the remote desert area.”

That man was Timothy Wayne Burt, 42, who, according to the sheriff’s office, gave a series of conflicting statements – allegedly saying one thing and then later admitting to another. Relevant to the case at hand, the MCSO said, was the claim from Burt that he had traveled to the residence in question with the deceased in order to retrieve some stolen property before engaging in a gun battle with McGuire.

“Burt’s story changed many times and he was ultimately booked into the Mohave County Adult Detention Facility for Hindering Prosecution,” the MCSO said. Additional charges are pending.

The sheriff’s office noted that residence in question “was known to be occupied” by McGuire and Branek and that “evidence was recovered that was related to the [double] murder” from June.

The next day, Branek and another woman, Brittany Conkling, 23, were allegedly spotted in the silver Hyundai at a truck stop in the sparsely populated census-designated place of Yucca, Ariz. 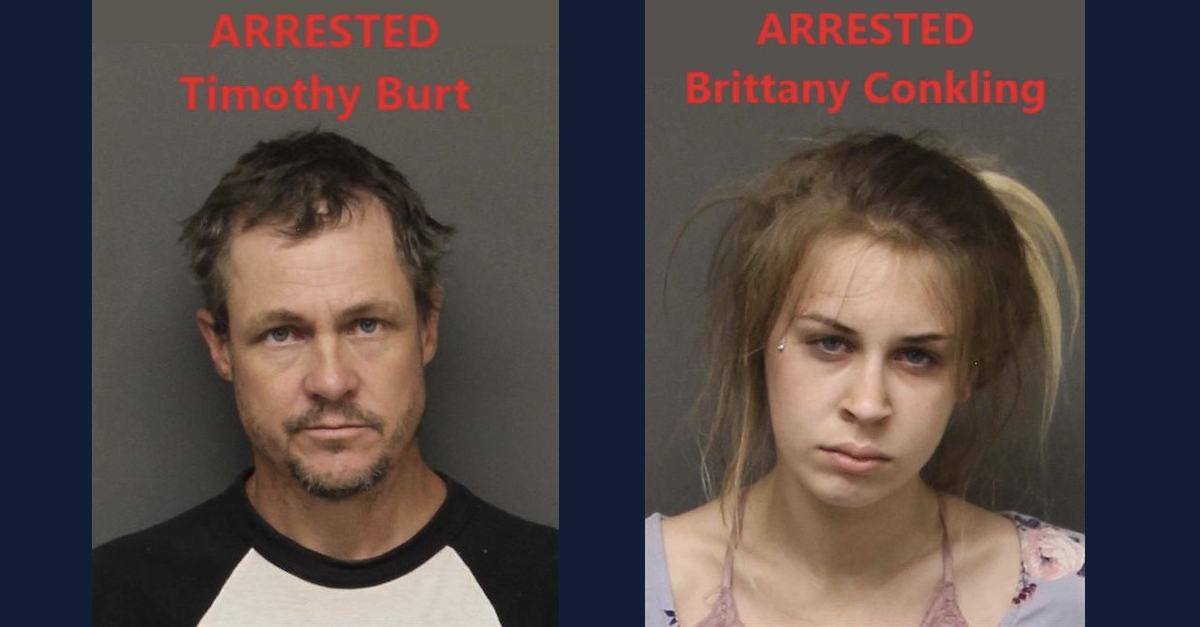 “The two females were seen buying a large amount of sandwiches and water,” the MCSO said. “The vehicle was then identified as leaving the property and heading into the remote desert area east of Yucca.”

On Friday, in the mid-afternoon, the silver Hyundai was allegedly spotted once again. A high-speed chase ensued.

“The vehicle was pursued for approximately 35 miles, where it slid off the road and became disabled,” according to the sheriff’s office. “Three subjects then ran from the vehicle into the remote desert area that was heavy populated with trees and brush.”

Several law enforcement agencies would eventually converge on the general area. The Arizona Department of Public Safety brought their helicopter in and provided ground units with the suspects’ location, the MCSO said. Eventually one of the trio were found out.

“The male, later identified as Hunter McGuire, was carrying a rifle as the trio ran into the desert,” the sheriff’s office said. “McGuire and one of the females, later identified as Samantha Branek, attempted to conceal themselves underneath a large tree. The third occupant, later identified as Brittany Conkling, hid in a separate location, and later surrendered to law enforcement without incident.”

Conkling was later booked on a hindering prosecution charge as well.

Negotiations went on for about four hours but then they stopped. After awhile, law enforcement found the couple dead.