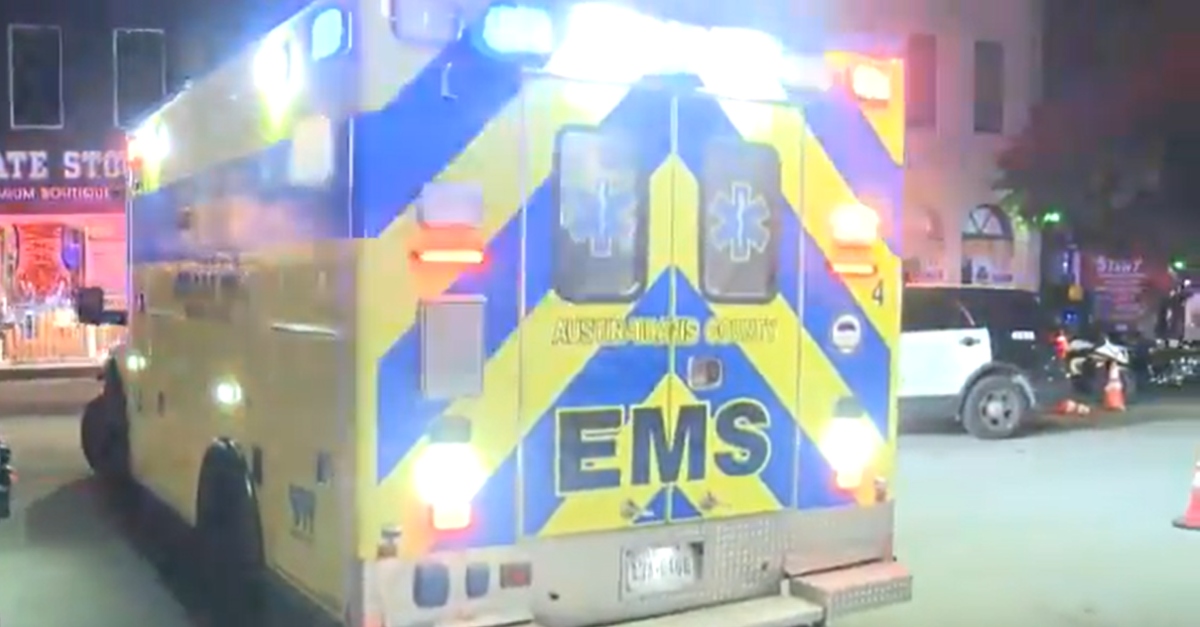 A suspect in a mass shooting was taken into custody, but police in Austin, Texas did not identify the person or say why they believe the individual to be involved. They are seeking a second suspect.

In an initial account, at least 13 people were injured early Saturday morning in the entertainment district of downtown Austin, Texas. That number rose to 14.

UPDATE: Officials say there are now 14 victims; one additional person ‘self-transported’ to hospital. Two critical, the others are stable. “Almost all of those victims are innocent bystanders,” Interim Chief Joe Chacon said. https://t.co/HfVj3K9iHJ

911 received a call of shots fired at 1:24 a.m. Saturday morning, said Interim Police Chief Joe Chacon in an initial press conference. The incident happened in the 400 block of East 6th Street, he said. This is just an estimated 15-minute walk to the state capitol building. It was amid increasingly dense crowds like that seen pre-COVID 19, according to the police account.

BREAKING: Video from the scene of the mass shooting in #Austin in this thread. Stay with @KVUe for latest. pic.twitter.com/APALCCoBCo

NEW VIDEO: Witness video shows chaos unfolding on Sixth Street after last night’s mass shooting in #Austin.
“It seemed as if everybody around was in a state of disbelief and shock not knowing how to emotionally react or respond to what was happening,” Noah Ramirez tells @KVUE. pic.twitter.com/bMdkOpys3f

Before news about the apprehension, a suspect was described early as a Black male with a black shirt, skinny build, and dreadlock-type hair. This was not detailed because of the “chaotic” nature of the incident, Chacon said.

The motive behind the incident remains unclear, but the chief described this as a one-off situation.

“This does appear to be an isolated incident between two parties,” he said in a press conference, according to KXAN.