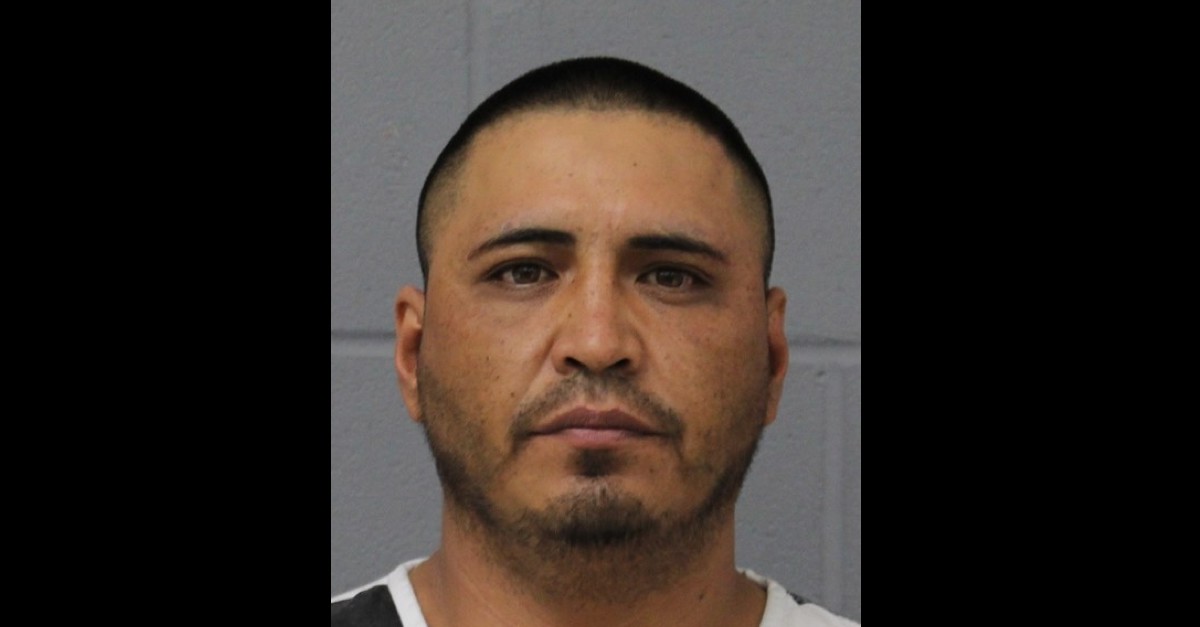 Less than a month after his long-cold case was featured on a true-crime TV show, a man has been arrested for allegedly stabbing someone to death in 2012, Austin police announced.

Hector Hugo Ramirez-Lopez, 33, is accused of stabbing Randall Wells, 22, to death more than nine years ago.

On April 28, 2012, according to Austin police, an officer was responding to a call at an apartment complex when he heard a “loud crash and looked over to find that a vehicle had crashed into the southwest parking lot of this complex, unrelated to his call.”

Police say the driver of that car, Wells, “was found to have suffered what appeared to be a knife wound and had lost consciousness.”

Wells died from a stab wound to the chest, an autopsy revealed. Investigators ruled the death a homicide, and Ramirez-Lopez was identified as the suspect.

“A warrant was issued for Lopez charging him with murder but it was believed that Lopez had fled the country and was possibly in his native country Mexico,” the press release said.

Austin police said that before Ramirez-Lopez turned himself in, he had been the subject of an episode of a true crime TV program.

“On Wednesday, October 27, 2021, this case premiered on In Pursuit with John Walsh: Predator Next Door,” the press release said. “The internationally televised broadcast profiles crime stories as told by witnesses and law enforcement officials in a collaborative effort to pursue and apprehend wanted fugitives.”

Austin police say that Ramirez-Lopez turned himself in less than a month later, on Nov. 20.

“Lopez self-surrendered to authorities in Mexico,” the press release said. “He was subsequently extradited back to the United States and is currently being held at the Travis County Jail.”

It is unclear whether Ramirez-Lopez had seen or was aware of the broadcast.

The press release did not provide details of what led to Wells’ stabbing, but the episode page for the Lopez-Ramirez episode of In Pursuit says that “Randall may have whistled at a female prompting someone to throw something at his vehicle. A confrontation between a group of Hispanic males and Randall ensued. It was during this confrontation that Randall was stabbed.”

According to In Pursuit, the detective investigating Wells’ death linked a detail from a witness to a previous sexual assault case that he hadn’t been able to close.

“One key piece to the investigation the second witness was able to offer was not only a description of the [suspect’s] vehicle – but he spoke about a distinct sticker on the back of the vehicle, a Freemasons decal on the back left window,” the In Pursuit episode summary said. “When the detective pulled up photos from the assault incident, the car was an exact match – right down to the sticker. It was this report that led them directly to the main suspect, Hector Hugo Ramirez-Lopez.”

Ramirez-Lopez was taken into custody in connection with the assault, but there wasn’t enough evidence to arrest him, according to In Pursuit.

Jail records show that Ramirez-Lopez is being held on $250,000 bond for three separate unspecified felony charges.

Austin police did not respond to Law&Crime’s request for clarification and additional information in time for publication.