Survivor of Ariel Castro ‘House of Horrors’ Kidnapping Was Carjacked at Gunpoint: Report 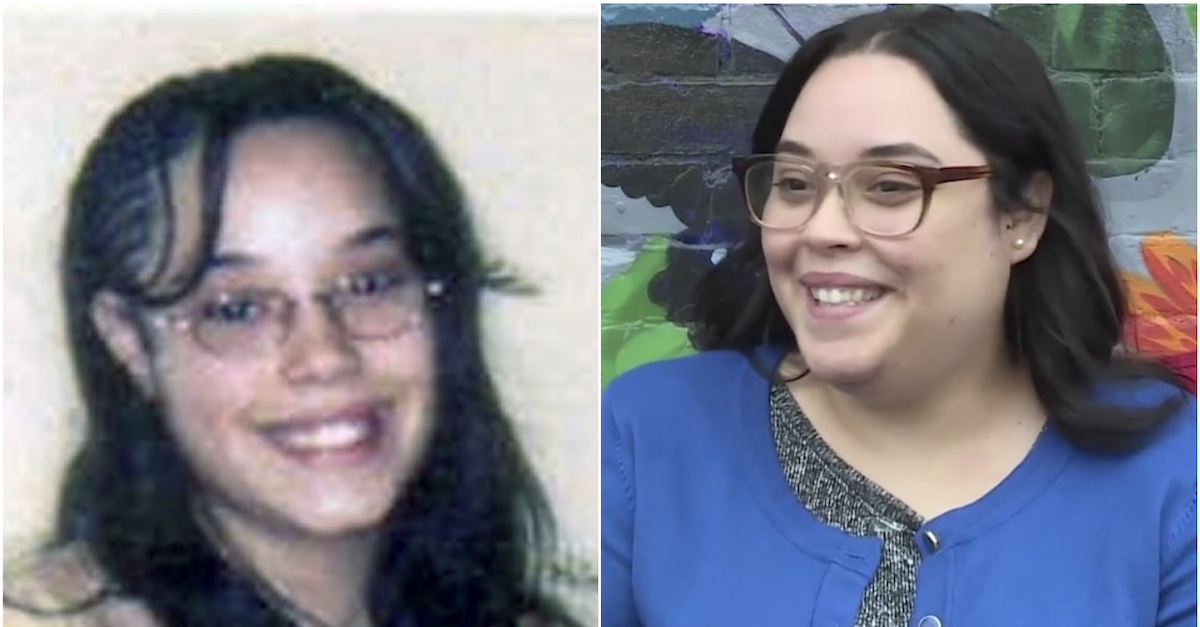 The FBI released the photo on the left of Gina DeJesus, who later spoke to the Cleveland news outlet WTOL, in an interview whose screenshot is seen on the right.

One of the survivors of a horrific spate of kidnappings in Cleveland in the early 2000s reportedly fell victim to another crime in the same city early on Thursday morning: a carjacking at gunpoint. Gina DeJesus, who spent nearly a decade as a captive of a notorious Cleveland kidnapper, was not hurt during the latest incident, police told reporters.

In 2004, DeJesus was only 13 years old when she became one of three women abducted by Cleveland kidnapper Ariel Castro, who died by suicide in late 2013, months after pleading guilty to imprisoning, raping and assaulting his victims. Castro fathered a child with another survivor, Amanda Berry, whom he had abducted in 2003, the day before she turned 17, the Washington Post reported.  Michelle Knight was 21 when she became Castro’s first victim in 2002.

The three spent roughly a decade in Castro’s basement until one reportedly managed to break through the door and call for help in May 2013. Until then, they were chained in rooms, and sometimes the basement, of what became known as the Cleveland “house of horrors.” Castro restricted their access to food and the bathroom.

A spokeswoman for the Cleveland Division of Police did not immediately respond to an email seeking information about the latest alleged crime against DeJesus, but local news outlets reported that authorities learned about when receiving a call for an aggravated robbery n the area of West 127th Street and Triskett Road around 1:50 a.m.

Upon arrival, police were met by DeJesus, who told officials that while stopping briefly on the road, two Black men in a silver sedan drove around her vehicle, cut her off, and blocked her from leaving.

DeJesus told police that one man then hopped out of the driver’s seat and began walking towards her vehicle. The man then pointed a gun at her face and instructed her to step out of the vehicle.

After complying with the request, DeJesus began to walk away from the vehicles. The man in the driver’s seat, however, stopped her and asked for the keys to her car– which were still in her pocket. She handed the key fob over and both vehicles left the scene heading eastbound on Tristkett Road.

Another local outlet, 19 News, published a statement by Cleveland Family Center for Missing Children and Adults, an organization that DeJesus went on to found.

“As the public is becoming aware, our beloved co-founder Gina DeJesus was the victim of a crime of violence overnight where she was carjacked in the city of Cleveland,” the statement read. “We are happy to report that Gina is unharmed and in good spirits despite the events that took place.”

The center did not immediately respond to an email requesting comment.