‘The House Will Be Bloody When You Get Home’: Virginia Woman Allegedly Stabbed Daughter ‘At Least 50’ Times and Disemboweled Infant Son, Warned Fiancé About the Mess 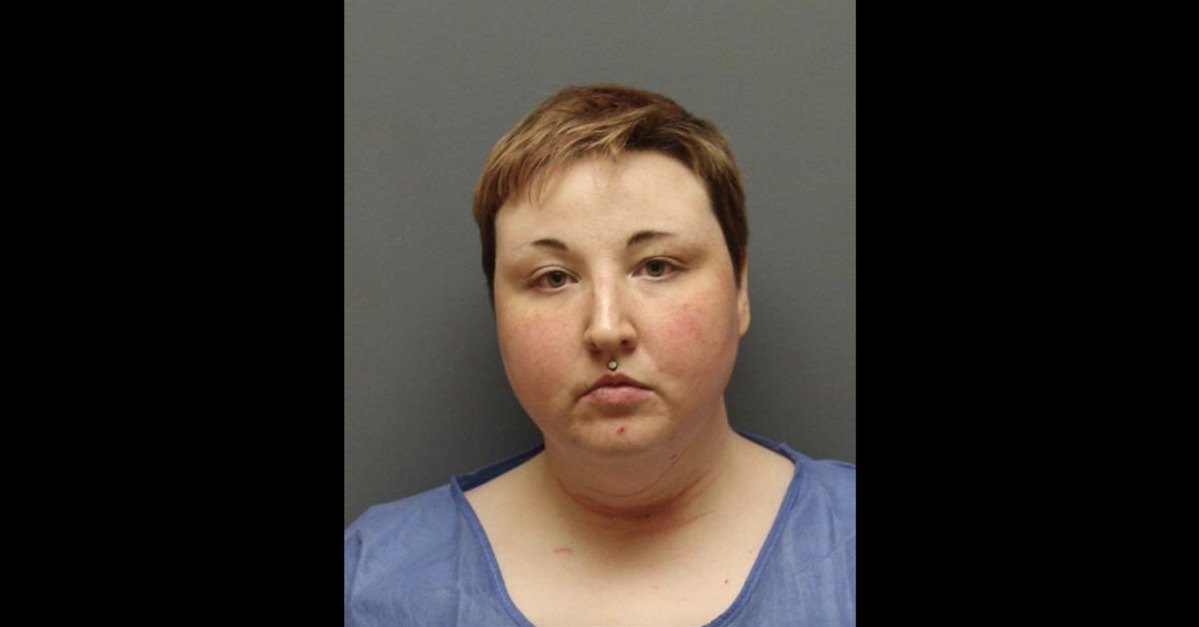 “Don’t be sad, but the house will be bloody when you get home,” Sarah Ganoe, 35, allegedly voice-texted her fiancé John Howard on the night that it happened, according to police in Virginia.

According to police records first reported by a local ABC affiliate, Howard raced home on Monday and found the warned-of blood–as well as two children who were both disemboweled: their 10-month-old son Zell Howard and Ganoe’s 8-year-old Winter Ganoe.

“Upon entry, John Howard observed a large amount of blood in numerous bedrooms,” a probable cause affidavit in the case said. “He then located Sarah Ganoe [and the two children] lying on the bed in the master bedroom.”

We obtained court documents this morning out of Newport News that reveal more details of what led lead up to 35-year-old mother, Sarah Ganoe, to stab her two children — killing one of them.
We’ll have the latest on @13NewsNow at Noon pic.twitter.com/bgiPwbHkpO

Each of the two children, police wrote in the graphic affidavit, suffered from “an evisceration to [their] abdomen.”

The infant was pronounced dead on the scene after failed attempts to revive him by paramedics. The older child survived and is currently in critical but stable condition, according to local ABC affiliate WVEC.

Winter Ganoe had “at least fifty stab wounds throughout her body,” the affidavit states.

The outlet also reported that Winter Ganoe is apparently on the autism spectrum, according to her grandmother, and that police have been called to the Ganoe/Howard residence before for “domestic-type” incidents, according to the Newport News Police Department.

According to the affidavit, Sarah Ganoe “had superficial stab wounds” when authorities arrived as well as “one bite mark to her right forearm.” She allegedly told police the latter was due to Winter Ganoe “biting her in an attempt to get free.”

“After being medically cleared, she was transported to Newport News Police Headquarters and interviewed,” the document authored by Newport News Police Detective Brittany Beggs notes. “Post Miranda, Sarah Ganoe admitted to stabbing her two children, Zell Howard and Winter Ganoe, multiple times with a knife. She had bruising to her hand and right arm that she stated was caused by ‘hammering’ the knife during the stabbing.”

According to the Hampton Roads Daily Press, the knife in question was a pocketknife with a 2.5 inch blade.

“Any loss of life is difficult, but it’s especially challenging when it involves innocent children,” Newport News Police Chief Steve Drew said during a Tuesday press conference. “I cannot be more impressed with the professionalism and compassion demonstrated by Newport News police personnel, starting with the dispatchers who took the call to the officers, detectives, and forensic technicians who handled and processed a horrific crime scene.”

A motive in the killing and maiming has yet to be established. But speculation quickly turned to the alleged practice of the occult.

Local NBC affiliate WAVY interviewed a neighbor of Ganoe’s who claimed that she told him “she liked to dip into witchcraft a little bit.”

“I mean for there to be multiple stab wounds on both kids, it was very heartbreaking,” the neighbor, Clay Connell added. “No child deserves anything like that.”

Editor’s note: this article has been amended to note an additional charge against the defendant.