Shooter Barged into Narcotics Anonymous Meeting Before Killing Another Man, Ex-Girlfriend, Then Himself: Cops 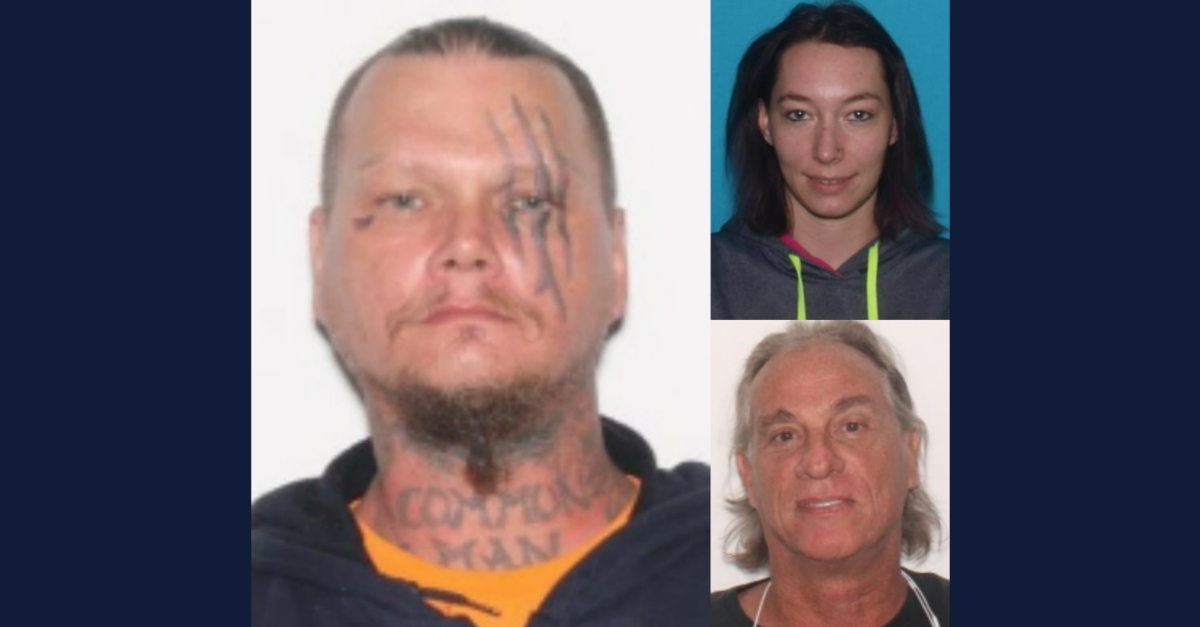 A shooter made his way into a Narcotics Anonymous meeting, immediately killed another man, then held his own ex-girlfriend hostage before killing her and himself, according to cops.

Officers in Edgewater, Florida, identified the suspect as Quinton Francis Hunter, 49. His ex was Erica Yvonne Hoffman, 33, and the slain man was Ian Lee Greenfield, 59.

According to cops, they got a call on Monday at approximately 7:00 p.m. at a non-profit organization Bridge the Gap.

The group had been hosting a Narcotics Anonymous meeting with about 20 people there, officers said. After the meeting began, Hunter entered the building and fatally shot Greenfield.

A 911 caller described a man — apparently Greenfield — getting shot in the back of the head (h/t WESH).

Cops suggested the motive could be jealousy.

“At this time we believe Quinton Hunter was angry over a relationship Greenfield had with Hunter’s former girlfriend, Erica Hoffman, the second victim in this case,” Edgewater police wrote.

Hunter and Hoffman used to date, Edgewater Police Chief Joseph Mahoney told reporters in a press conference Tuesday. Hoffman began a “relationship” with Greenfield, the law enforcement officer said. Police are still trying to determine, however, whether they put a “label” on it such as boyfriend and girlfriend, or whether they were just friends.

“These two were involved in a relationship, and we’re still working on details exactly what that relationship was,” Mahoney said.

Hoffman and Greenfield were participating in the NA meeting, though the extent was unclear to cops.

“It’s a Narcotics Anonymous meeting, so I’m not sure [about] their standing with that group,” Mahoney said. “I don’t know if they were there for support for somebody who has a narcotics problem, or if they had a problem themselves.”

The people there fled for safety after Hunter shot Greenfield, but Hunter held Hoffman hostage, officers said. He struck her with the handgun, Mahoney said. After arriving, negotiators and SWAT team members got no response from inside, according to authorities. Authorities entered through the rear of the building and found Greenfield, Hoffman and suspect Hunter dead.

Suspect Hunter made a Facebook Live post while in the building, but he said nothing, said Mahoney. This appeared to have happened after he shot Greenfield, according to the law enforcement officer.

“He was just heavy breathing in a very lunatic-type manner,” the chief said.

Mahoney said officers are investigating whether the men had any prior interaction, including threats by Hunter regarding Hoffman.

“This was not a random shooting,” he said. “It was believed to be domestic in nature.”

Mahoney described Hunter as having an out-of-state criminal history over weapons charges but no local arrest history.