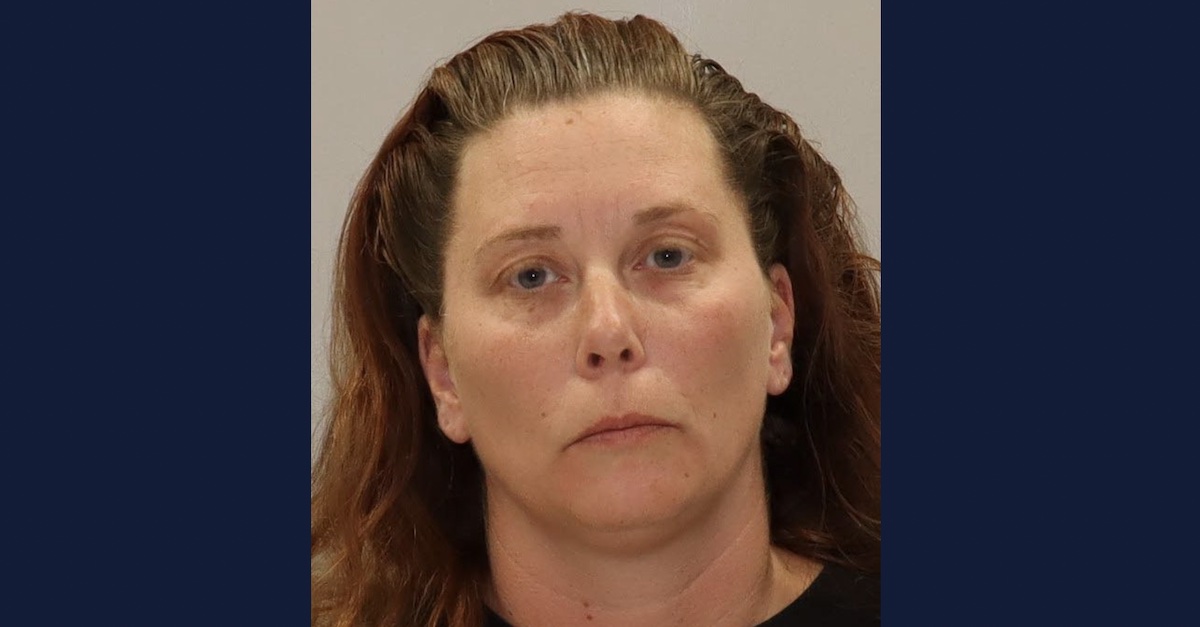 A 43-year-old former behavioral health counselor who worked at a jail in Michigan as a third-party contractor faces a sexual assault charge months after an inmate filed a federal lawsuit claiming abuse in graphic detail.

Michigan law says an individual is “guilty of criminal sexual conduct in the second degree” if they engage in unlawful “sexual contact with another person” — in this case, “a prisoner or probationer under the jurisdiction of a county.” The law also specifies that the “actor is an employee or a contractual employee of or a volunteer with the county or the department of corrections who knows that the other person is under the county’s jurisdiction.”

This offense is punishable by up to 15 years in prison upon conviction.

Authorities say that Simmons was employed by the Family Outreach Center but provided “behavior health services in the jail.”

As it turns out, Simmons currently faces a federal lawsuit filed in March by an inmate with schizophrenia who alleged that she sexually abused him. Authorities reportedly allege that illicit sexual contact occurred “on different occasions during January of 2022.”

In the at times rambling complaint, the inmate refers to Simmons as a “mental health sheriff” that he first encountered after he was sent to “the Hole.”

“I talked to THERESA SIMMONS several times one day she gave me some writing paper with a short letter that said, ‘MAMA wants to see your BBC everytime I come to visit with you my king,” the inmate wrote. “I didn’t know what I was supposed to do.”

The inmate claimed Simmons would sometimes “knock on my door with her breasts exposed … so when I wake up her breasts are the first thing I see.” He then gave a detailed description of the defendant’s nipples and a tattoo “above her right breast.”

“In mid October early Nov she wrote me a letter telling me its ok for me to show her my penis, and that she was tired of her husband and his missionary sex. And that her vagina is dripping wet everytime she see’s me. And that I have to start doing as MAMA says,” court documents said. “I figured I have to listen to her. Because she liked me even though I tell her the truth that I hear voices in my head, and that I have 3 people living in my head and that I see spirits and sometimes she would controll [sic] me and talk to me in my head.”

“She would also write me and tell me she wants to ‘fuck the shit out of me.’ She would also tell me she can loose [sic] her license for telling me that. But I don’t understand what a drivers license has to do with sex,” the inmate wrote.

The allegations only got more graphic from here: 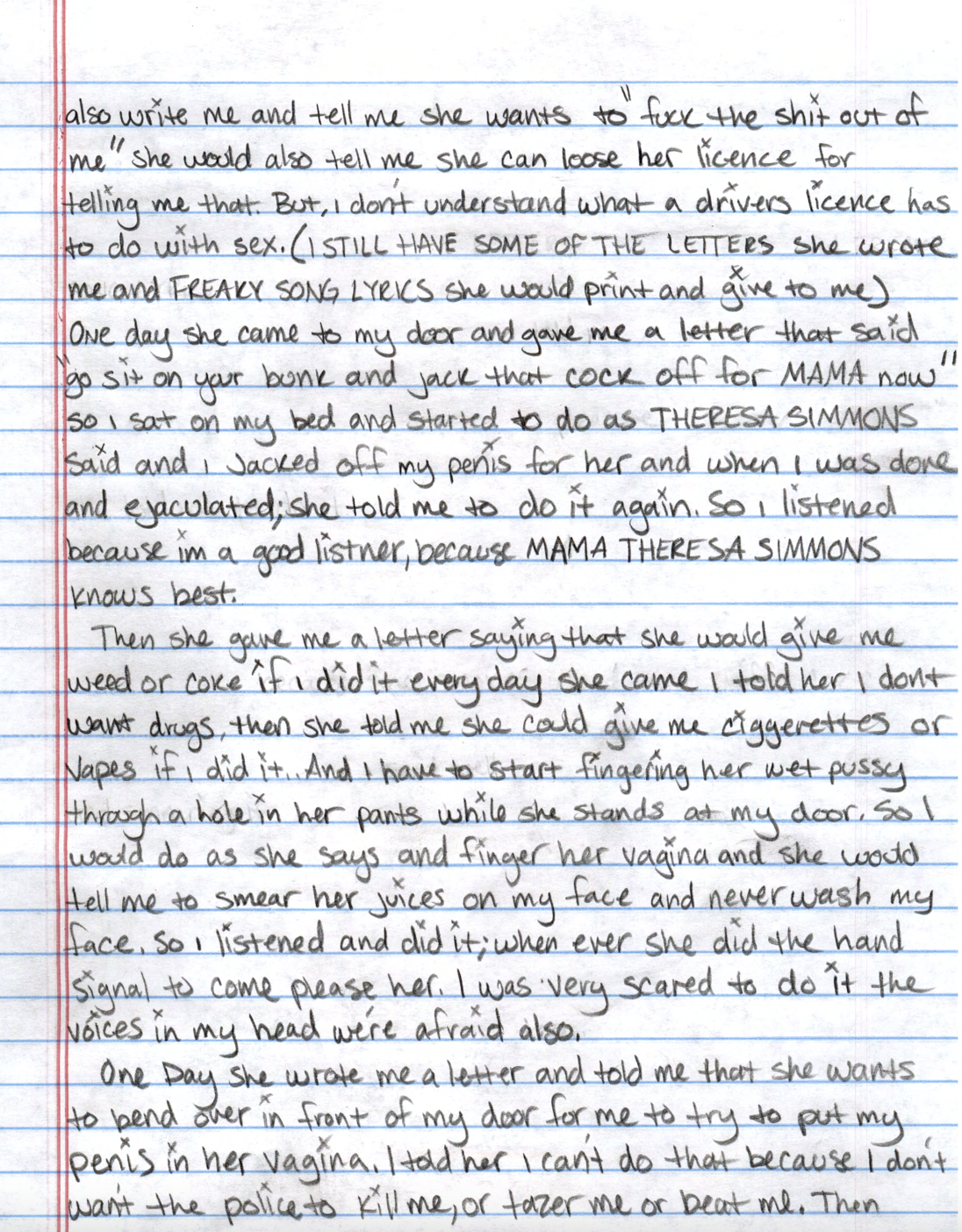 The inmate further claimed that Simmons called him “her personal sex slave.”

The defendant’s bond was set at $15,000. Her status was listed as “in custody” as of Friday morning. WOOD reported the defendant was expected to be jailed at the Ionia County Jail, so as not to jail her at the facility where she previously worked.

WOOD also reported that the defendant has hearings upcoming on Aug. 30 and Sept. 6.