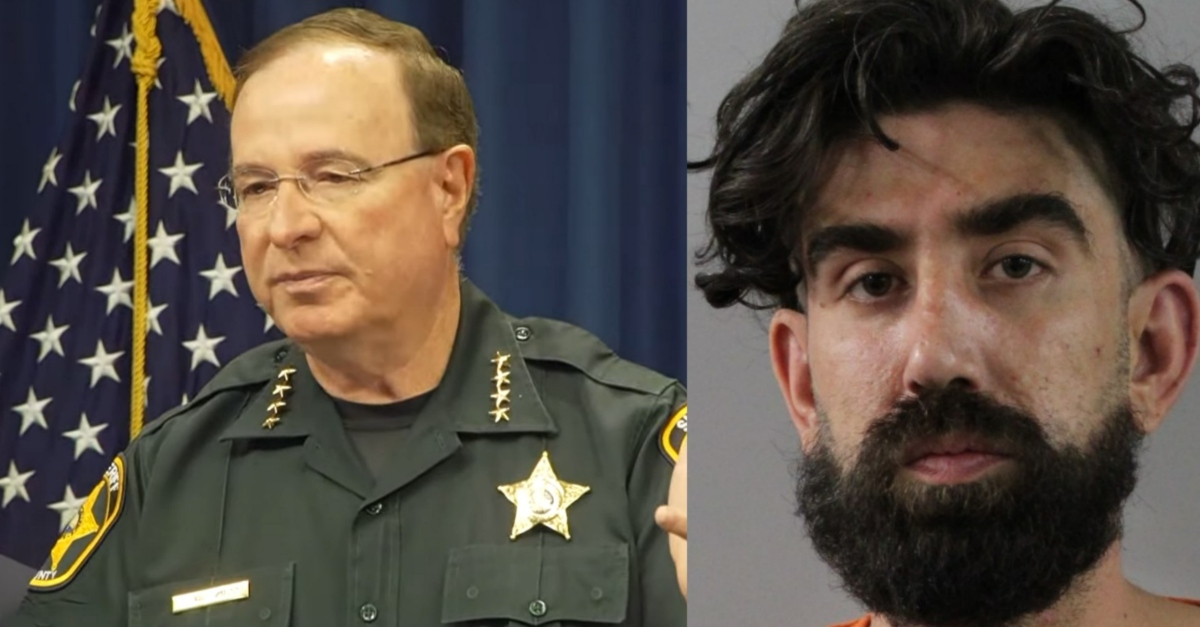 Grady Judd (left) in an unrelated press conference in August 2022. Thomas Jackson in a booking photo.

A man is accused of shooting and killing someone else on his own birthday over the weekend.

Deputies in Polk County, Florida, claim defendant Thomas Jackson, 35, had a card in his wallet suggesting what to tell investigators. They are using this against the defendant in the new second-degree murder case.

“Jackson had a post incident wallet card which instructed him what to tell law enforcement,” Polk County Sheriff Grady Judd said in a press statement. “If he thought he could murder someone and use this as get out of jail free card, he was sadly mistaken.”

Deputies said the killing happened early Saturday morning. Law enforcement responded to the area of Meadow Green Drive in unincorporated Davenport. There was a reported shooting.

Deputies arrived to find a witness performing CPR on the victim in the front yard of the residence. Polk Fire Rescue soon arrived and pronounced the victim dead.

According to authorities, Jackson, his girlfriend, and another couple were celebrating his birthday. They had all been drinking.

At some point, Jackson and his girlfriend began arguing, deputies said. The victim took him outside in an attempt to calm him down, but moments later, the two women inside the home heard gunshots, according to the press statement. They found Jackson standing over the victim, deputies said. There was allegedly a handgun on the ground.

“One of the witnesses confronted Jackson and the other began life saving measures,” authorities said.

Jackson allegedly told detectives the victim “came at me.”

But deputies said he had a certain card in his wallet. From authorities:

He also had a small wallet size card with instructions about what to say “post-incident” that included claiming that the person with the card was being attacked. Detectives did not observe injuries on Jackson nor the victim “to suggest that great bodily harm was a factor” nor was there evidence on the ground to suggest a struggle took place.

According to deputies, witnesses said that Jackson was known to pull out a weapon on people during conflicts before. He had also been in a physical fight with someone else the day before, authorities said.

Deputies noted a criminal history with arrests in Florida, Virginia, and Georgia. In regard to his case out of the Sunshine State, records show prosecutors dropped a charge of aggravated battery with a deadly weapon on Jan. 7, 2016.

An arraignment is set for Sept. 27.