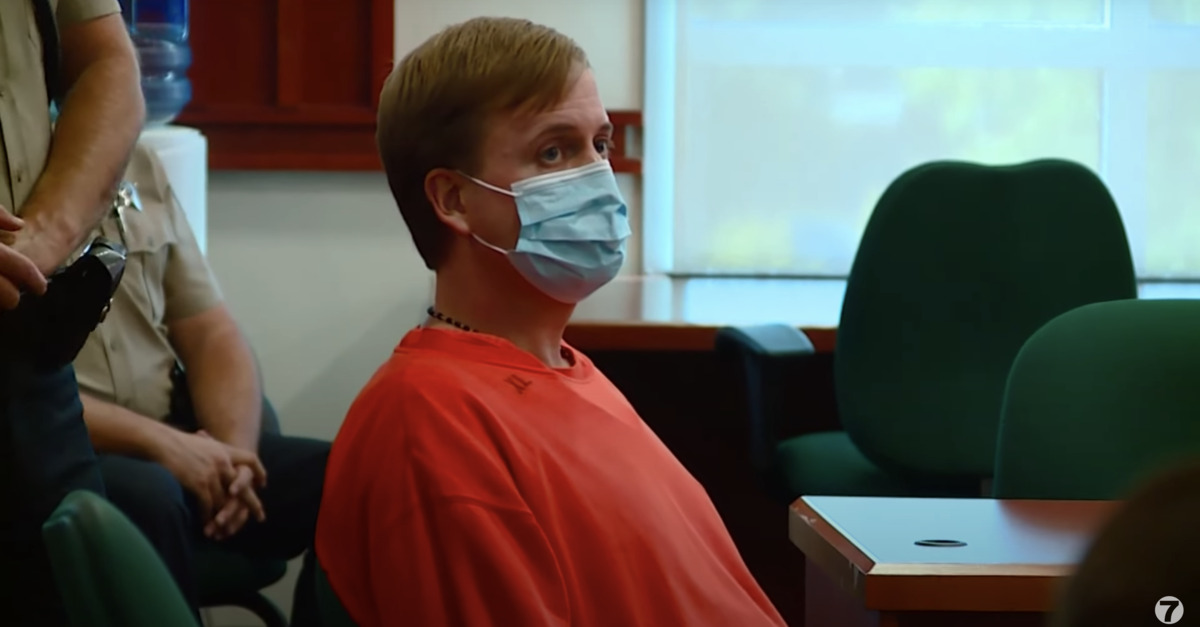 An Idaho Republican and former state legislator was sentenced to 20 years in prison on Wednesday for raping a legislative intern in 2021.

Aaron von Ehlinger, 40, was found guilty on one count of felony rape by Ada County jurors in April of this year. Jurors returned a “not guilty” verdict on one charge of sexual penetration with a foreign object.

The defendant was convicted a year to the day after resigning from his position as a state representative for the town of Lewiston, Idaho on April 29, 2021. Immediately prior to his resignation, the Idaho House Ethics Committee recommended he be banned from the statehouse, Boise-based NBC affiliate KTVB reported.

“After careful deliberation and prayer, I have determined that I will not be able to effectively represent my constituents in the House of Representatives, and have decided to resign my seat effective immediately,” von Ehlinger wrote in a letter announcing his departure from politics that also disclaimed “any wrongdoing” on his part.

The disgraced GOP politician maintained that he had consensual sex with the woman in question. The 19-year-old staffer, however, reported to a statehouse supervisor that von Ehlinger raped her at his apartment after dinner at a restaurant in Boise in March 2021.

After that report of “unconsented sexual contact,” two parallel investigations unfolded: the aforementioned inquiry by the ethics committee; and a criminal inquiry by the Boise Police Department.

The ethics committee also found evidence of past concerns raised by women about von Ehlinger’s behavior, the Washington Post reported.

Law enforcement issued a warrant for his arrest in the summer of 2021; he was arrested in September 2021 in Atlanta after returning from abroad and extradited back to Idaho on two felony charges, where he was arrested and quickly released, in October of that year.

A fellow Republican state legislator, Priscilla Giddings, exposed the victim’s name when the allegations surfaced in August 2021. The victim has requested for the media to refer to her as Jane Doe. Giddings was later censured for her role in the controversy, KTVB reported.

“He tried to put his fingers between my legs and I closed my knees,” Doe said before she abruptly cut off her testimony during the defendant’s trial, standing up and saying: “I can’t do this.”

Prosecutors had an opportunity from the court to get her back on the stand but could not manage to do so. In the end, Doe’s testimony was stricken from the record, and jurors were told not to consider it, because the defense did not have a chance to cross-examine her.

Von Ehlinger testified in his own defense.

“Things were going well, and I asked [Doe] if she would like to move to the bedroom,” von Ehlinger told the juors. “She said ‘Sure.’ We got up, held hands and walked into the bedroom.”

According to NBC News‘ account of the trial, Ada County Deputy Prosecuting Attorney Katelyn Farley framed the case as the use of “power in the wrong hands” used to the “great devastation” of the victim, citing the defendant’s superior public status, political esteem, and physical stature in contrast the intern’s petite frame.

After seven hours of deliberations, jurors returned their verdicts.

During sentencing, 4th District Judge Michael Reardon said von Ehlinger must serve at least eight years before he is eligible for parole, justifying the decades in prison on the defendant’s behavior.

“You have a pattern of explaining, excusing, deflecting and blaming others for the circumstances you find yourself in,” Reardon said, according to NBC News, saying that pattern evidenced a lack of empathy and remorse, that he wasn’t ready to learn, and that the sentence was intended to deter him from committing another crime.

According to the Idaho Statesman, von Ehlinger told the court that he took a pilgrimage to Israel before trial so that he confessed his sins in order to be baptized. But, the paper reported, rape was not one of the sins he confessed to – and the defendant let the court know it, insisting upon his innocence during the hearing on Wednesday.

“I was ultimately baptized in the Jordan River,” von Ehlinger said. “I confessed a lot of sins your honor — I am not a perfect man — but rape was not a sin that I could confess to. It would be sin to confess to something that I did not commit.”

The judge had heard enough.

Reardon said the defendant has tried to make himself out as a dual-purpose “victim” and “hero” during the proceedings.

“Frankly I don’t see you as either one of those things,” the judge said. “You created your own circumstances that put you here today.”

Doe reportedly attended the sentencing hearing, multiple outlets reported. During the hearing, the state played a recording of the victim as her impact statement. In that audio file, she said her autonomy had been “ripped violently away” and described how she still suffers from panic attacks upon hearing her rapist’s name.

“I am here now,” she went on. “I am here scared, I am here frightened, I am so petrified, but I will not be intimidated into silence so that another rapist can slip through the cracks of this justice system. I hope he rots in pieces behind those cold metal bars.”