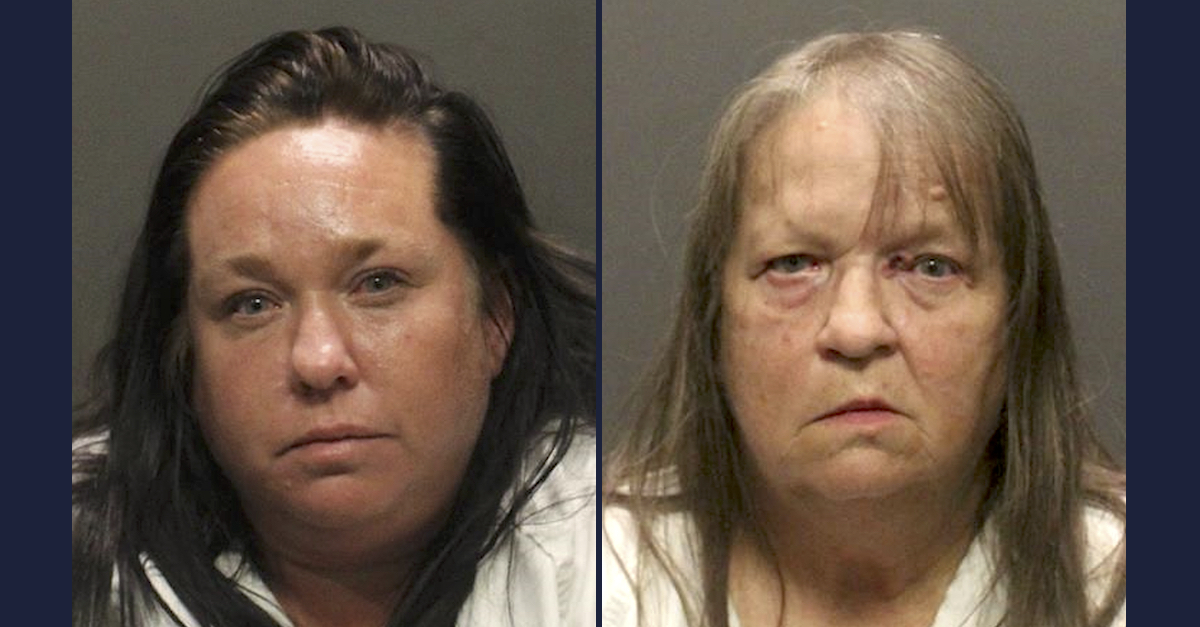 Two women in Arizona are facing new felony charges in connection with the horrific death of a 9-year-old girl who died from symptoms connected to an untreated hair lice infestation, authorities say. Sandra Kraykovich, 38, the girl’s mother, and Elizabeth Kraykovich, 64, the girl’s grandmother, have both been charged with first-degree murder.

The Tucson Fire Department on the morning of March 22 responded to a 911 call about an unresponsive child at a home located in the 8200 block of East Golf Links Road, according to a report from Tucson ABC affiliate KGUN-TV. Upon arriving at the gated community residence, first responders discovered an unconscious 9-year-old girl, attempted to perform life-saving procedures on the child, and contacted the Tucson Police Department. Unfortunately, medics were not able to resuscitate the girl, and she was pronounced her dead at the scene.

According to court documents obtained by Tucson CBS affiliate KOLD-TV, after the child was pronounced dead, officials said “large amounts of bugs began to cover her face.”

“Upon closer inspection it was discovered that there was an enormous amount of lice in her hair,” first responders reportedly told investigators.

In an interview with the police, Sandra reportedly said that her daughter suffered from anemia and had been ill since approximately March 15 with symptoms that included headache, sore throat, fever, difficulty breathing, and trouble keeping her balance.

One of the victim’s older siblings reportedly told police that her mother had attempted to treat the lice using mouthwash.

Text messages recovered from the womens’ phones reportedly showed that they chose not to seek medical treatment for the child’s symptoms.

Per KOLD, Sandra sent messages to her boyfriend on March 14 and March 15 stating that she knew she needed to get her daughter to the hospital. A week later, on March 21, she reportedly wrote, “OMG babe. Listen I’m in my room and my mom called me. [Redacted] was asking if I could check on her to make sure she isn’t dying.”

Sandra’s boyfriend reportedly told her to take the child to the hospital, but she allegedly refused.

Texts between Sandra and Elizabeth also appear to show that the lice infestation ultimately played a pivotal role in the lack of medical treatment.

In one message, Elizabeth, who reportedly watched Sandra’s children while Sandra worked, threatened to call 911 for her granddaughter. However, she decided against calling for help, writing that the child “can’t go to the ER with her hair but that’s left to me because you [sic] not home.”

In an interview, Sandra allegedly admitted that “if she had sought medical care, [her daughter] would probably still be alive,” investigators wrote in an affidavit.

Sandra and Elizabeth were both arrested in March and initially charged with felony child abuse stemming from their treatment of the deceased child’s siblings, ages 11 and 13. Police reportedly said that both children were also suffering from severe lice infestations, per the Arizona Daily Star. They were placed in the custody of other family members.

The Pima County Medical Examiner conducted an autopsy and determined that the little girl’s cause of death was neglect.

“There is a cause of death. The manner is undetermined,” Medical Examiner Dr. Gregory L. Hess reportedly said last month. “She died from anemia from untreated lice infestation with malnutrition as a contributing factor. That’s the cause.”

Dr. Hess also noted that the child had fluid buildup in her lung tissue, pale skin and organs, liver necrosis, and an iron deficiency.

Records show that Sandra is currently being held at the Pima County Adult Detention Center on $55,000 bond. Records for Elizabeth were not available online.

The Pima County Prosecutor’s Office, the Pima County Sheriff’s Office, and the Tucson Police Department did not immediately respond to messages from Law&Crime seeking additional details.

As Law&Crime has noted in the past, the theory of the Arizona case is not necessarily novel.

The New York Times reported in October 2020 that authorities in a separate Georgia case alleged that a severe lice infestation killed a 12-year-old in the Peach State.  John Joseph Yozviak, 38, and Mary Katherine Horton, 37, were charged initially with second-degree murder and cruelty to children in the second degree over the death of Kaitlyn Yozviak, according to the Georgia Bureau of Investigation.  Both of the parents were subsequently indicted in August 2021, according to local television and newspaper reports.  The case does not appear to have gone to trial.