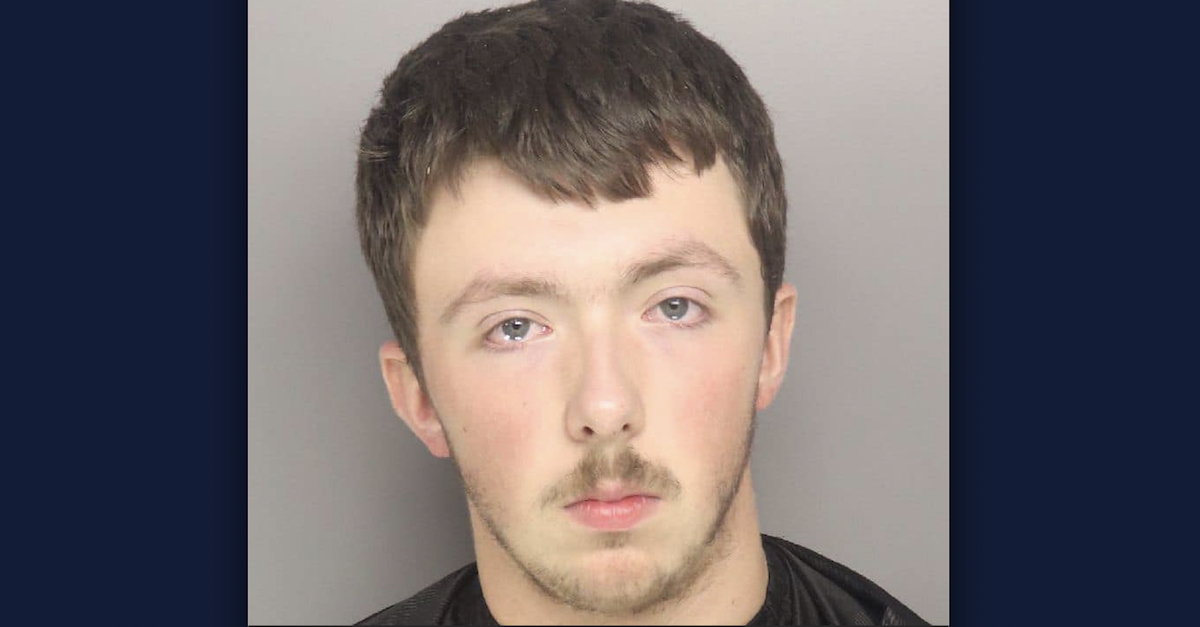 A 17-year-old in South Carolina has been arrested for allegedly strangling his 4-year-old half-sister to death then concealing her body in a plastic bin and discarding the victim’s remains in the woods, authorities announced on Wednesday morning.

William Micah Hester was taken into custody Tuesday evening in connection with the death of young Joanna Lockaby.

According to a press release from the Greenville County Sheriff’s Office, deputies at approximately 2:20 p.m. on Tuesday responded to a 911 call about a missing 4-year-old girl. The girl, later identified as Joanna, had allegedly gone missing from her home located in the 100 block of Chevy Chase Blvd.

Upon arriving at the scene, first responders initiated a search for the child. Deputies at approximately 2:45 p.m. located Joanna in a wooded area behind the home. Medical personnel pronounced the child dead at the scene, per the sheriff’s office. The investigation was taken over by the Greenville County Sheriff’s Office Homicide Unit.

“I saw blue lights in front of my trees and I knew something was wrong,” neighbor Deborah Rice reportedly told Greenville NBC affiliate WYFF, adding, “It makes you weary of walking out your door.”

Later that evening, investigators with the GCSO Homicide Unit took Hester into custody for allegedly killing his younger sister.

“Investigators believe Hester suffocated the victim, contributing to her death,” the sheriff’s office said in the release of the suspected murder. “Deputies located the victim’s body in a plastic bin behind the home the victim lived in along with Hester, her half-brother.”

Following his arrest, deputies transported Hester to the Greenville County Detention Center. Hester was scheduled to appear before a judge for a bond hearing at 2:30 p.m. on Wednesday.

The sheriff’s office said that the case, “including the motive” behind Joanna’s death is still being investigated by GCSO and the Greenville County Coroner’s Office. The coroner’s office is reportedly expected to perform an autopsy on the child Wednesday, according to a report from The State newspaper.

An official with the coroner’s office on Tuesday said that the circumstances surrounding the discovery of the child’s body were considered suspicious.

“Anytime we find a small child out in a wooded area, we treat that as a suspicious death and we work down,” Deputy Coroner Mike Ellis reportedly told WYFF. “That’s to make us not … miss anything. If you start looking at it as something other than that, you might miss something.”

Fox Carolina reported that the victim is also the sister of Joe Lockaby, a 1-year-old boy who tragically died in a hot car four years ago.

Further south, authorities in Florida this week arrested a 16-year-old girl for allegedly smothering her 3-year-old sister to death with a pillow while their mother was working from home. The elder sister reportedly said that she put the pillow over her baby sister’s head to “quiet her down” at the request of her mother and when she returned to the room 10 minutes later the child was unresponsive.