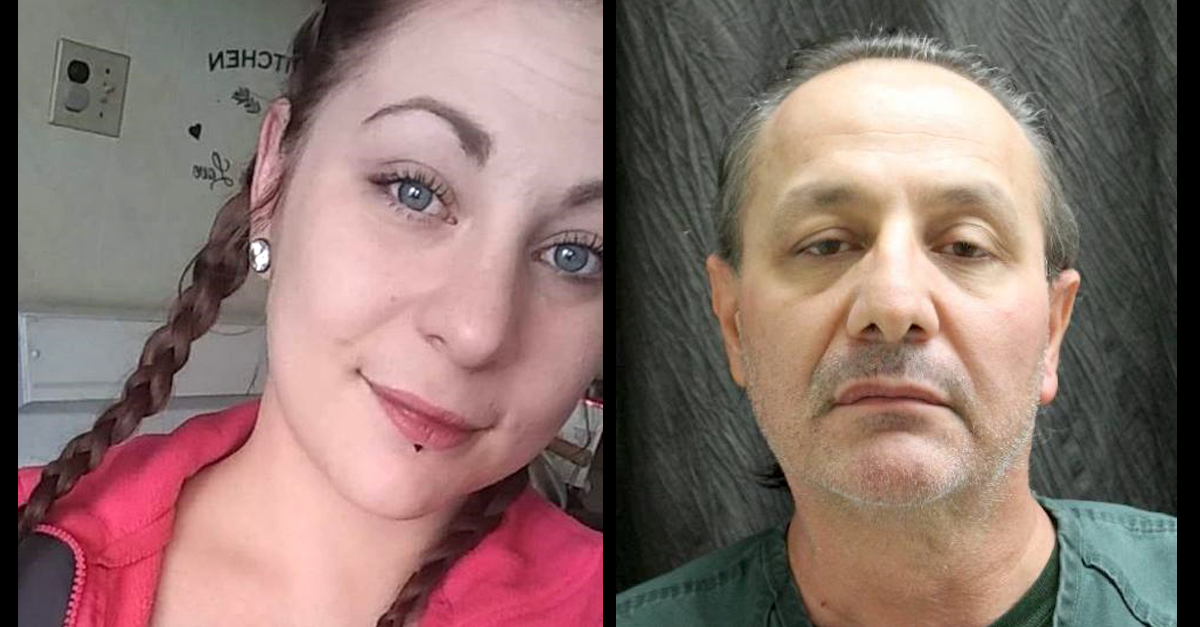 A jury on Thursday convicted an Upstate New York restaurant operator of 11 separate charges, including first-degree murder, for his role in the killing of a 22-year-year-old employee. That’s according to reports from the Albany, N.Y. Times Union and from other local newspapers and television stations.

Prosecutors convinced the jury that Georgios Kakavelos, 52, paid another employee, James Duffy, 35, between $1,100 and $1,300 to kill Allyzibeth Lamont and to then dump her dead body in a shallow grave off the Northway, an interstate highway in a neighboring county.

Kakavelos operated the Local No. 9 sub shop on Townsend Avenue in Johnstown, N.Y., in Fulton County about an hour northwest of Albany. His wife was the business’s official owner. He also previously owned two other diners, including one in Saratoga County, where Lamont’s body was eventually found.

Georgios Kakavelos was convicted of all 11 counts including 1st degree murder in the October 2019 killing of Allyzibeth Lamont. Faces up to life in prison without parole. ⁦@WNYT⁩ pic.twitter.com/VEKYCcDLQJ

Duffy testified that he and Kakavelos ambushed Lamont in the sub shop’s kitchen at 7:30 p.m. on October 28, 2019. Duffy, who was Lamont’s friend, told the jury “that he used an aluminum baseball bat to strike Lamont” four times in the head, the Times Union reported. He said “Kakavelos put a bag over Lamont’s head, choked her and finished her off by striking her with a small sledgehammer,” the newspaper’s account of the testimony continued.

According to those reports, Duffy testified that “Kakavelos said words in a foreign language to the dead body and told him Lamont was dead.”

Kakavelos emigrated to the United States from Greece when he was in his twenties. 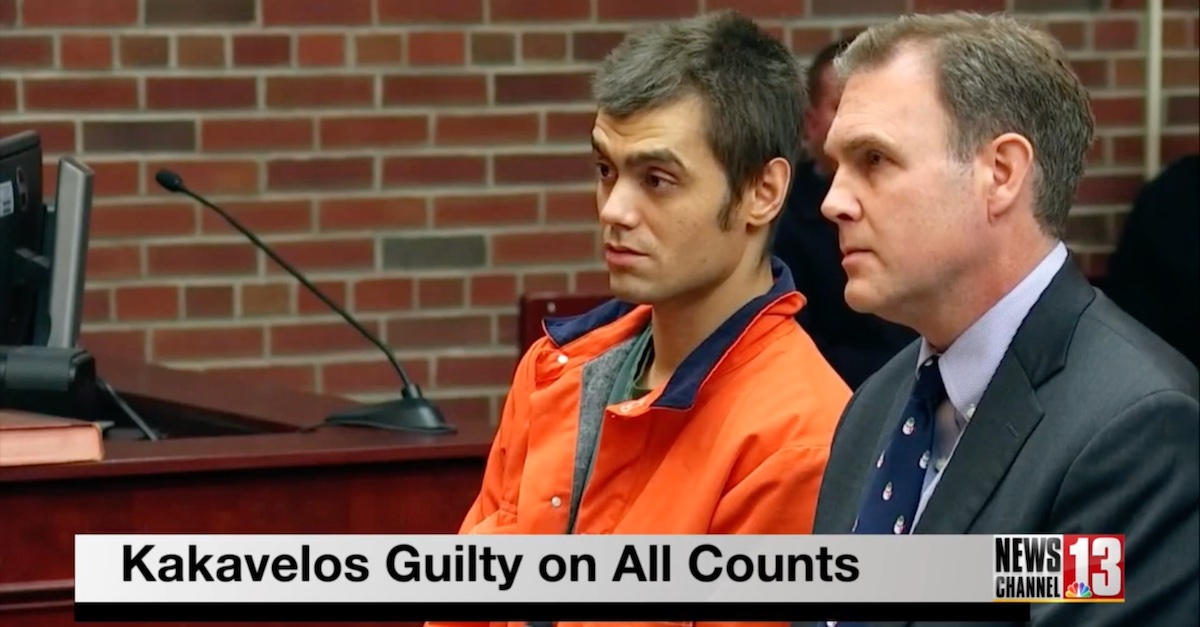 Kakavelos told the jury a different story. Taking the stand in his own defense, he “claimed he was an innocent bystander” who walked in “just after Duffy killed” the victim, WNYT reported. Kakavelos said Duffy threatened to kill him if he reported what he claimed to have witnessed. He also testified that Duffy ordered him to go to a nearby Walmart to buy cleaning supplies and threatened to kill more people if Kakavelos refused.

Security footage from that Walmart showed Kakavelos strolling the aisles before buying a car magazine and a candy bar and leaving.

Prosecutors noted that Kakavelos never called the police — even though he had his cell phone.

Kalavelos also said he was standing near the sub shop’s cash register when Duffy loaded Lamont’s body into a car. Surveillance footage from a nearby business showed images prosecutors said were both Kakavelos and Duffy loading Lamont’s body into Kalavelos’s black Volkswagen.

The jury didn’t buy the defendant’s story. An alternate juror who did not deliberate told WNYT-TV that Duffy’s testimony was simply more credible than that of Kakavelos.

Duffy pleaded guilty to second-degree murder and faces 18 years to life. The Schenectady, N.Y. Daily Gazette reported that Duffy disposed of bags and the baseball bat on a road roughly midway between the sub shop and the burial site after he found out the police wanted to talk to him.

Kalavelos faces life without parole. Besides first-degree murder, he was also convicted of conspiracy, concealment of a corpse, and tampering with physical evidence.

Prosecutors alleged that the motive for the killing was financial. Lamont filed a complaint against Kakavelos for paying employees under the table, the Times Union reported, citing trial testimony. Lamont also planned to further complain to the defendant’s wife and on social media. Kakavelos allegedly did not keep appropriate business records and owed the government a lot of money: $70,000 to the federal Internal Revenue Service and $122,000 to the State of New York. He had also filed for bankruptcy, the Gazette said.

“Kakavelos could ill afford an investigation into his finances,” the newspaper said in a summary of the prosecutor’s arguments, “so he killed Lamont to forever silence her.”

“We teach our children to speak up when something is not right,” First Assistant District Attorney Alan Poremba said of Lamont. “That’s exactly what she did. She spoke up when things weren’t right. She just happened to speak up to the wrong individual — and that wrong individual was Georgios Kakavelos, who was willing to commit this heinous, barbaric crime.”

Duffy told the jury that Kakavelos considered Lamont a “traitor” who became a “ringleader” of young female employees who were opposed to his business practices.

Nearly 70 witnesses testified, and prosecutors presented more than 650 pieces of evidence, the Times Union and the Gazette both said.

Some of those witnesses were employees of the sub shop which the defendant managed and for which the victim worked.  They said Kakavelos and Lamont “would get into heated arguments,” the newspaper reported.

Kakavelos referred to the victim as “Allison” when police questioned him about her disappearance.  He said she was like a daughter to him but did not know her last name.

“I don’t think anybody got hosed here,” defense attorney Kevin O’Brien told reporters after court. “I think we had a fair trial, and it just didn’t go my way.”

Kalavelos will be sentenced Aug. 19.

[image of Lamont via the Gloversville, N.Y. Police Department/Facebook; image of Kakavelos via the Saratoga County, N.Y. Sheriff’s Office; image of Duffy via WNYT-TV screengrab]