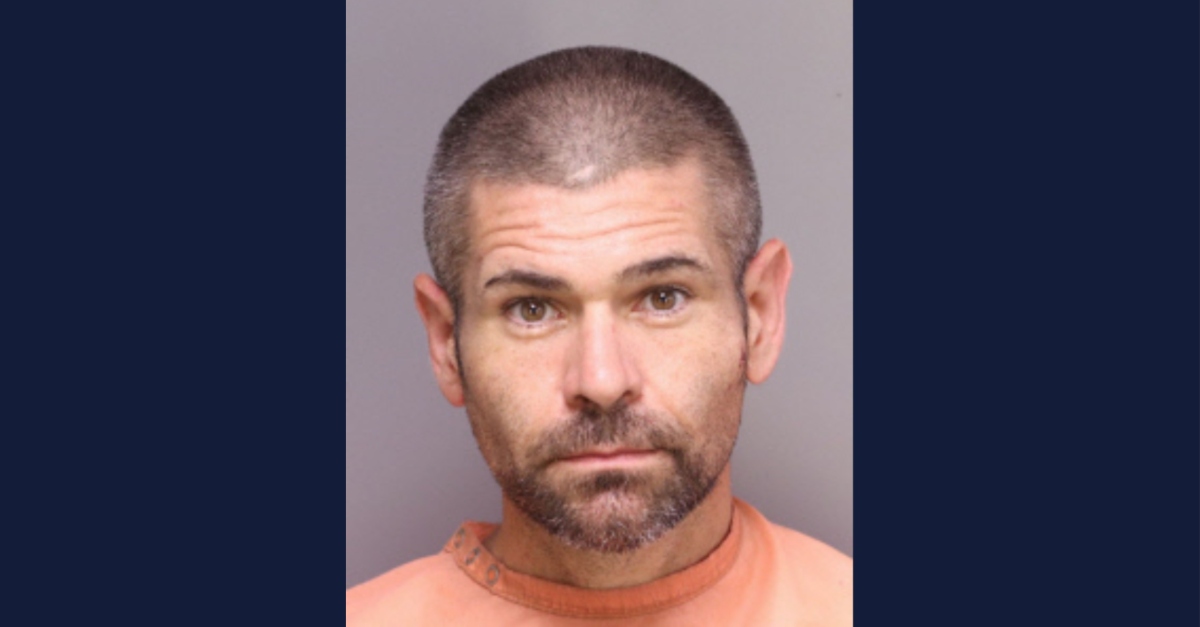 A South Carolina man is accused of firing a gun at random cars — with a tragic effect. Charles Montgomery Allen, 40, fatally struck Quarius Naqua Dunham, 8, according to the Florence County Sheriff’s Office. The child’s family was reportedly in the Palmetto State for a vacation. Deputies initially said they have yet to determine a motive, but Sheriff TJ Joyce ended up suggesting Allen was on drugs.

“No motive,” Joyce said (according to WBTW) before taking a guess. “Just probably methed up. He’s got a history. He’s incarcerated now without incident. Just a senseless, senseless act.”

Deputies said they responded to a call of multiple shots fired into moving vehicles on Saturday at approximately 2:00 p.m. on Old River Road near the city of Florence. Dunham and his father, who was driving the car, were both struck. The father was hit in the leg and he is expected to survive, though the 8-year-old was struck in the neck, ended up in critical condition, and eventually was taken off life support. The mother was also in the car, but she was not injured, Florence County Keith von Lutcken said, according to WBTW.

Deputies said a SWAT team found Allen and took him into custody after a standoff at his home on Old River Road. Allen faces charges of murder, attempted murder, discharging a firearm into an occupied vehicle, and possession of a weapon during the commission of a violent crime. He is held without bond at Florence County Detention Center.

A judge denied bond this morning for Charles Montgomery Allen in the shooting of an 8 year old child and man yesterday on Old River Road in lower Florence County.
Deputies said Allen was randomly shooting and hit three cars.
The judge denied bond on all charges. pic.twitter.com/AFkJU2llEg

An autopsy is scheduled for Friday at the Medical University of South Carolina, he said.

A police press release did not describe the type of gun used, and the sheriff’s office did not immediately respond to a Law&Crime request for clarification on the specifics.

The victim and his family are from Portsmouth, New Hampshire.

“Our hearts are with the family as we support each other through this unbelievable tragedy,” Portsmouth superintendent of schools Stephen Zadravec said in a letter to families, according to CBS News.

“It is with the heaviest of hearts that I share the sad news that one of our third grade students at LHS was killed this weekend,” he reportedly said. “His family was on vacation and were victims of a random shooting in South Carolina. An event like this touches our community as a whole. Our hearts are with the family as we support each other through this unbelievable tragedy.”

Laura Stoll, a mother of one of Dunham’s friends, said she struggled to tell her son that Dunham would not be returning to school.

“This was a completely random act,” she said, according to CBS. “It’s just really heartbreaking and it’s terrible to have to tell your child news like this, it’s really hard.”

“It’s unimaginable from any perspective,” Portsmouth Mayor Deaglan McEachern said. “Our hearts go out to the family and when they do return to Portsmouth we will show them just how strong of a community they have.”

The investigation is ongoing, deputies said.