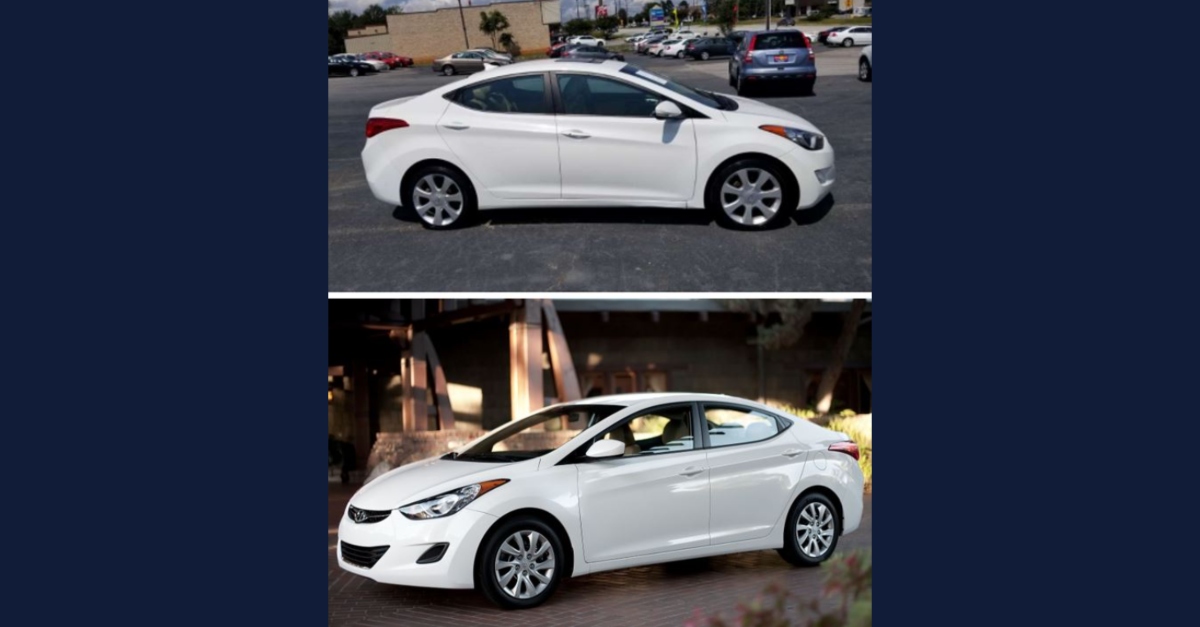 Stock images of 2011 to 2013 Hyundai Elantra. Police say a vehicle of this color, make, and model was near the scene of a quadruple murder in Moscow, Idaho, on Nov. 13.

Police say a certain car was seen in the area around the time someone murdered four University of Idaho students at their shared home. They don’t have pictures of the actual vehicle, but they released images of sedans with the same color, make, and model: a white 2011 to 2013 Hyundai Elantra.

Ethan Chapin, 20, Xana Kernodle, 20 Kaylee Goncalves, 21, and Madison Mogen, 21, were stabbed to death at off-campus housing last month in the early morning hours of Nov. 13. Some, but not all, of them were killed as they slept, according to the Latah County Coroner. Police in the tiny, rural college town of Moscow have not named any suspects, however.

Police say a white Elantra was near the murder scene on the early morning hours of Nov. 13, but they do not know the vehicle’s license plate number.

“Tips and leads have led investigators to look for additional information about a vehicle being in the immediate area of the King Street residence during the early morning hours of November 13th,” cops said. “Investigators believe the occupant(s) of this vehicle may have critical information to share regarding this case. If you know of or own a vehicle matching this description, or know of anyone who may have been driving this vehicle on the days preceding or the day of the murders, please forward that information to the Tip Line.”

NEW: Moscow Police are asking for help identifying Hyundai Elantra seen outside of the King Rd. house in the early mornings of Nov. 13. Police believe the occupant has info critical to the case @LawCrimeNetwork pic.twitter.com/j65lbB2ckL

Bethany Funke and Dylan Mortensen have been identified by police as “two surviving roommates” and are not considered suspects in the case. Detectives have previously said the two young women were asleep on the first floor of the three-story, six-bedroom house at the time the murders occurred. One of their cellphones made the initial 911 call around noon on the day the horrifying discovery was made. Responding officers said the victims were found on the second and third floors.

Details in the case have been few and far between. Local authorities have acknowledged the slow-moving pace of the investigation and recently backed off of previous statements about the extent to which the victims themselves were “targeted” in the disturbing – and exceedingly atypical for the sleepy university community – attack.

Steve Goncalves criticized the law enforcement agents in charge of the case as “inexperienced,” citing their apparent lack of leads, one officer’s youth, and a person of interest who the father believes was ruled out as a suspect far too quickly, according to the New York Post.

“I don’t want anyone making mistakes in my child’s case,” he told the paper. “[They’re] not exactly the most tech-savvy people.”

Steve Goncalves said he has been working with private investigators but held out hope that police would come out on top.

Police were recently seen clearing out items from the students’ home.