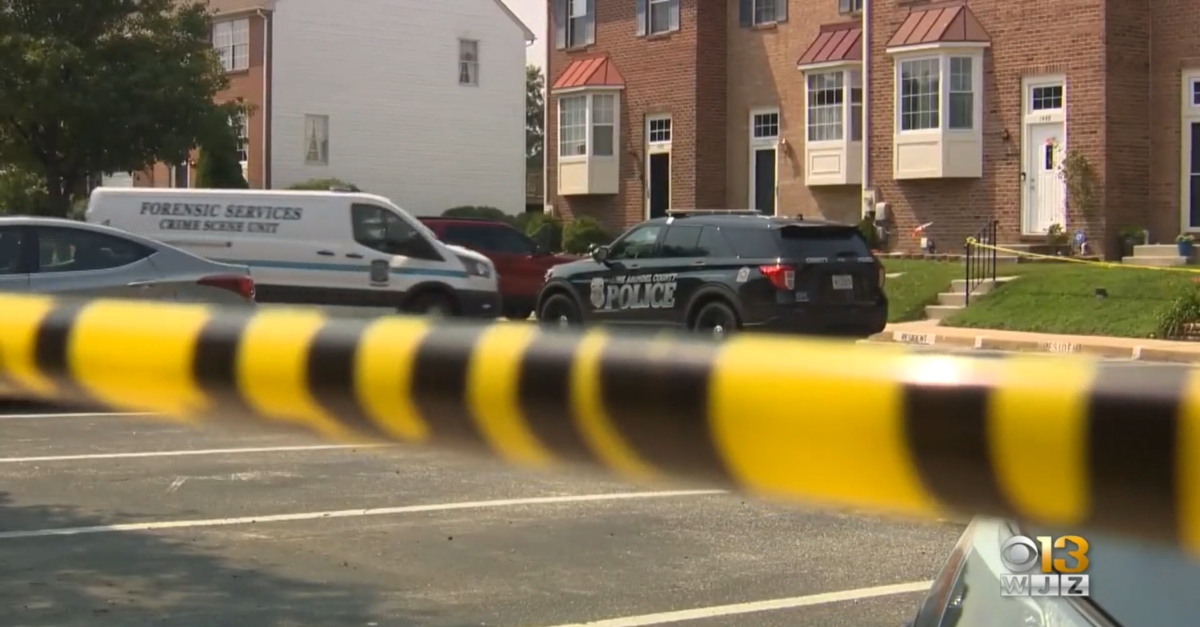 A Baltimore police officer has been charged with killing his 15-year-old stepson. Eric Banks Jr., 34, was served an arrest warrant Tuesday for first-degree murder, second-degree murder, and child abuse in the first degree for allegedly taking the life of Dasan Jones, online Maryland records show.

Banks is the officer previously accused of hiding the teenager’s body in a wall at his home in Anne Arundel County. From police:

On Tuesday, July 6, 2021, at approximately 4:56 p.m., Anne Arundel County Police met with a complainant regarding a child custody dispute. A mother was in the area to pick up her teenage son who had been with the stepfather. Initially officers were told by the stepfather the fifteen year old teenager left the residence leaving his belongings behind. Officers responded to the residence located in the 1400 block of Stoney Point Way, Curtis Bay, Maryland to conduct a check on the welfare of the teenager. Upon arrival, officers discovered the teenager unresponsive in an upstairs room.

Police found Jones’ body in a “hole in the wall with a white cover leaning on it,” according to charging documents obtained by The Baltimore Sun. Banks asked to kiss his children, and requested that his handcuffs be adjusted, cops said. Things allegedly escalated with him trying to disarm an arresting officer and repeating “you’re gonna have to end this.” He was originally arrested for charges including assault and resisting arrest.

Reported court records make clear that Banks’ relationship with Jones’ mother was falling apart. He filed for a protective order against her in May, claiming she threatened and made false allegations against him, according to the Baltimore Sun. He withdrew that in two days, but she filed for her own protective order in late June, claiming he was a stalking her. A judge denied this application. She filed for another on July 6, hours before her son was found dead. She alleged that Banks took Jones’ phone and texted her from it. She claimed to see Banks watching her outside of a hotel she was at.

Banks lawyer Warren Brown has told the Baltimore Sun that his client said he discovered Dasan dead in a bathtub and that he thought the teenager had died by suicide. The attorney did not immediately respond to a Law&Crime request for comment.

Banks was reportedly already suspended from the Balitmore Police Department when Jones’ body was found. Officers did not explain why he was suspended.

“We don’t discuss ongoing cases that are being investigated by our internal affairs investigation office,” wrote Detective Vernon Davis, a spokesman, in an email to Law&Crime.

He said that Banks is now suspended without pay.

“If you needed help with an assignment or something, he would always be willing to help out,” friend Erika DiDonato said a Baltimore Sun report published Tuesday. “When he would come into class, I remember he would always be smiling and coming over to me and the friends I sat with and making jokes.”

A GoFundMe campaign by someone who said she went to school with Dasan raised more than $12,000 of a $10,000 goal as of Wednesday.