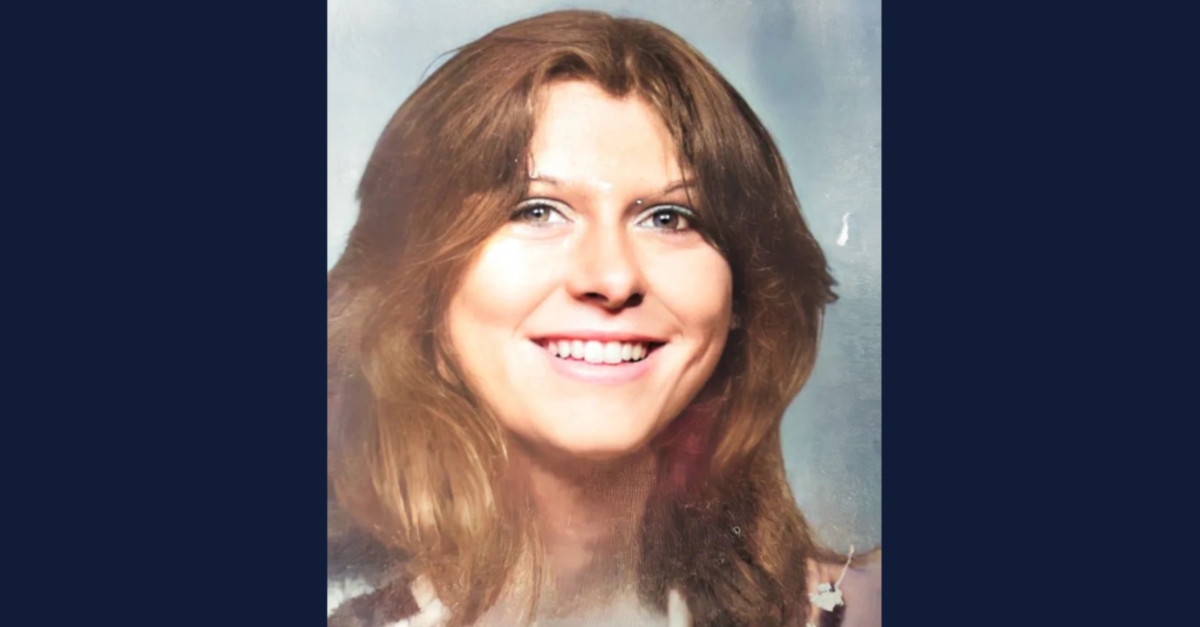 In 2001, construction workers found skeletal remains and some clothing behind an apartment complex. It would be more than two decades before cops learned the slain girl’s identity: Patricia Agnes Gildawie, 17.

She went missing from Fairfax, Virginia, on Feb. 8, 1975, according to county police.

“She was known to drive a white Cadillac Eldorado with red interior,” officers said.

Her whereabouts remained a mystery all these years, even when those construction workers discovered her remains on the 5100 block of Lincoln Circle in the city of McLean.

The Office of the Chief Medical Examiner and an anthropologist carried out a review. They determined the girl died from a gunshot wound to back of the head, though they reached an incorrect conclusion about her race.

“This report further indicated the remains were like that of an African American female in her late teens to early 20s,” authorities said.

Police recently reaffirmed their goal to find her name.

“We’re baffled by this case, so we’re anxious to get this case moving forward toward finding out who she was, and ultimately, who’s responsible for her murder,” said Ed O’Carroll, Bureau Commander of Major Crimes and Cyber and Forensics, according to an April report from Washington, D.C. radio station WTOP.

That search linked the authorities to forensic genealogy company Othram.

“Cold Case detectives connected with Othram Inc. earlier this year and learned the remains belonged to a Caucasian female,” cops said. “Funding for this testing and identification process was provided entirely by anonymous donors through DNASolves.”

Authorities said with the company’s help, they were able to find a possible relative. Testing identified her as a half-sister.

That sibling, Veronique Duperly, welcomed news of the finding Patricia, known also as the family nickname Choubi, or “little cabbage.” Gildawie was born in France in February 1958, arrived in the United States at eight months old, and moved to Fairfax, Virginia, in the early 1970s, officers said.

“My mother used to call her ‘my little cabbage’ when she was just a baby because her head was so round,” Duperly told WTOP in a Monday report.

The question now is who killed Gildawie.

“She was a free spirit,” Duperly said. “She didn’t want to live under anybody’s rules. She was a sweet girl. She never hurt anybody, as far as I know. But she just got involved with the wrong type of people.”

Duperly voiced doubt, however, that officers would ever find whoever was responsible because so much time had passed since her sister’s death.

“Somebody walked her out in the woods and shot her in the back of the head and left her there, and didn’t give a second thought,” Duperly reportedly said.  “If they find who did this, I will be so amazed and thankful. But I have my doubts.”

Both she and police drew attention to Gildawie’s boyfriend.

“Prior to her disappearance at age 17, Gildawie was dating an older man,” police said. “He worked at an upholstery store, near the intersection of Church Street and Lawyers Road in Vienna.”

Duperly said he was in his 30s.

“I’m quite certain in my heart — now, no evidence — that he probably had something to do with her disappearance,” she said.

Officers have not named anyone as a suspect, but O’Carroll said the police want to speak to the man.

“We’ve been working hard on tracking him down,” O’Carroll  reportedly said. “We know where he used to work. That business is no longer in operation. So we have a lot of work do to find out where he is and what he knows.”

O’Carroll also suggested that perhaps someone could give information that provides insight on where Gildawie was the night she was murdered.

Anyone with information about this case is asked to submit tips through Fairfax County Crime Solvers. Tips can be submitted anonymously through Crime Solvers by phone – 1-866-411-TIPS (866-411-8477), and by web – Click HERE. Download the ‘P3 Tips’ App and follow the steps to “Fairfax Co Crime Solvers”. Anonymous tipsters are eligible for cash rewards of $100 to $1,000 dollars. Please leave contact information if you wish for a detective to follow up with you.

For information about our cold cases, visit https://bit.ly/3rP9kdZ.