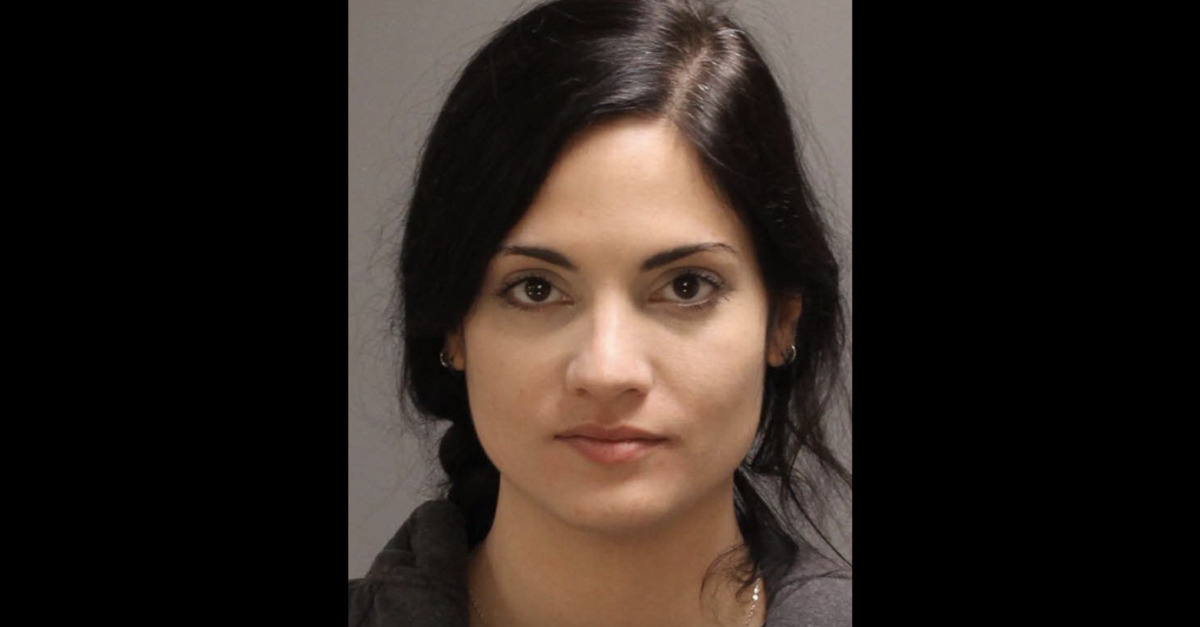 A Pennsylvania educator was recently arrested in connection with a sex crime involving a minor student.

Barbara Corbo, 30, stands accused of unlawful contact with a minor, institutional sexual assault and corruption of minors. The defendant was charged in Philadelphia but hails from Plymouth Meeting, Pa., a census-designated place in Montgomery County nestled between two townships in the far southeastern part of the commonwealth.

According to the Philadelphia Police Department, Corbo was arrested on Wed., Feb. 9, 2022 over an incident that allegedly occurred on Dec. 11, 2021 in the City of Brotherly Love. Details from local authorities are scarce, and police are admittedly not likely to share much more than the crimes the defendant has been charged with committing. A spokesperson for the Philadelphia Police Department told Law&Crime during a phone call that their brief press release on the arrest and charges was intentionally “vague” due to the nature of the allegations, the fact that the alleged victim is a minor, and because the law enforcement response was based on a “special victims report.”

The PPD were willing to part with Corbo’s date of birth, however, and said she was born on June 4, 1991.

Law&Crime consulted the Philadelphia Department of Prisons, which is actually the county jail, but the defendant does not appear to have been processed into the system as of this writing.

According to Steve Keeley, a journalist with Philadelphia FOX affiliate WTXF, Corbo worked as a teacher’s assistant.

Teacher Asst. 30, from Plymouth Meeting, arrested by @phillypolice after she was charged with sexual assault of student in car on Kelly Drive. Barbara Corbo facing contact with a minor & related charges @FOX29philly pic.twitter.com/NHIfMz7YcV

According to MoreThanCurve.com, a local news site serving the Plymouth Meeting area, Corbo’s LinkedIn page shows that she worked as a teaching assistant at a certain school. But, citing “a source,” the website said that the defendant’s resume data is reportedly out of date; her most recent employment is said to be with a different school altogether.

In a follow-up email, police elaborated on the charges.

“Barbara Corbo, a teacher at a local Philadelphia school, was arrested for having an inappropriate relationship with a 17-year-old student stemming back in December 2021,” PPD Public Affairs Officer Tanya Little wrote. “Barbara is charged with Institutional Sexual Assault, Contact with a Minor, and Corruption of a Minor.”

The original police press release is available in full below:

In reference to the incident that occurred on the 800 block of Kelly Drive on Saturday, December 11th, 2021, at 5:30 P.M., Philadelphia Poilce arrested a female later identified as 30 year old Barbara Corbo from XX block of Woodbine Way, Plymouth Meeting PA. On Wednesday, February 9th, 2022., She was charged with Institutional Sexual Assault, Contact With A Minor and related offenses.

The police appear to have skipped the perfunctory listing of a specific “block” on the street where the alleged incident occurred because Woodbine Way doesn’t have a clear block setup; it is a stereotypically short cul-de-sac in a housing complex intersected by only a couple of similarly short cross streets.

Under Keystone State law, Corbo is accused of three third-degree felonies — the lowest tier felony offenses there. If convicted as charged, she could face a maximum 21-year prison sentence, though maximum sentences are generally unlikely.