There has been an arrest after someone kidnapped and killed Atlanta bartender Mariam Abdulrab, 27. DeMarcus Brinkley, 27, is no longer a mere “person of interest.” Cops now explicitly blame him for what happened. Brinkley faces a count each of murder, aggravated assault, kidnapping, false imprisonment, possession of a firearm by a convicted felon, and possession of a firearm during the commission of a felony, officers announced on Sunday.

Cops got a 911 call about a man forcing Abdulrab into an SUV, Atlanta Police Deputy Chief Charles Hampton Jr. said on Friday. The man drove off. The call took place at about 5 a.m. that morning, Hampton said. At around 6 a.m., officers responded to a call of shots fired at Lakewood Avenue and Terrace Way. Another 911 call later led officers to Abdulrab’s dead body.

Police quickly announced that Brinkley was the person of interest, but they stopped short of saying if they thought he committed a crime.

Abdulrab had reportedly been heading home from a shift at the Revery VR Bar in the Midtown neighborhood of Atlanta.

Police reportedly caught Brinkley in Griffin, Georgia, after a high-speed chase. He is accused of fleeing when encountered by law enforcement and ultimately crashing his dark blue Chevy Equinox SUV into another vehicle. He was held on traffic charges, according to WXIA.

“Mr. Brinkley is currently in stable condition and is in custody at AMC Hospital detention,” police said in their update. “Once released from the hospital, Mr. Brinkley will be taken to Fulton County Jail.” 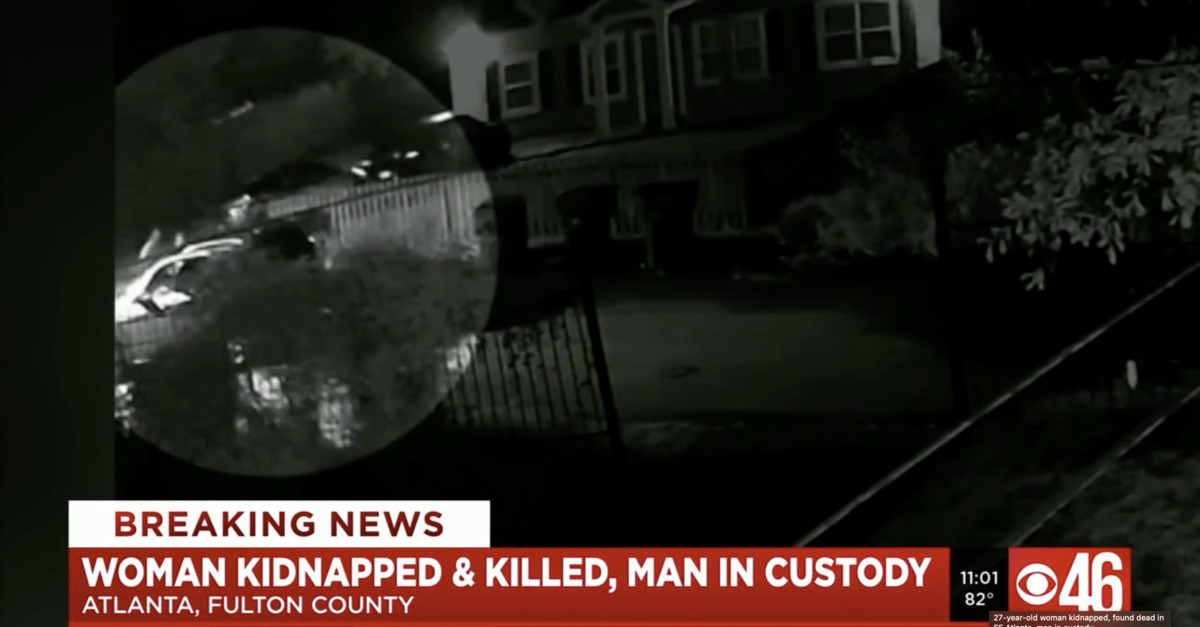 Mariam Abdulrab being kidnapped in front of her home

The alleged motive behind the killing remains unclear. One of Abdulrab’s friends told WXIA she had never heard of Brinkley. She did not believe Abdulrab knew him.

Those who knew Mariam spoke warmly of her.

“Our hearts are truly broken at the loss of a dear friend and family member,” said a statement written to Revery’s Instagram page. “Mariam brought light to every single person she came in contact with and will forever be missed. We will be closed this weekend to grieve and savor our last moments with her. Please stay safe, y’all.”

“She was just so full of life,” said Tamberly Wynn, mother of Revery VR Bar’s owner. “She was full of life. Her energy, her heart. She was just a good person. Every time I walked into this bar it was just the welcomes of all welcomes.”

“Mariam was a living jewel,” Grant Henry–owner of Church bar, another bar where Abdulrab worked–told The Atlanta Journal-Constitution. “She shone.”